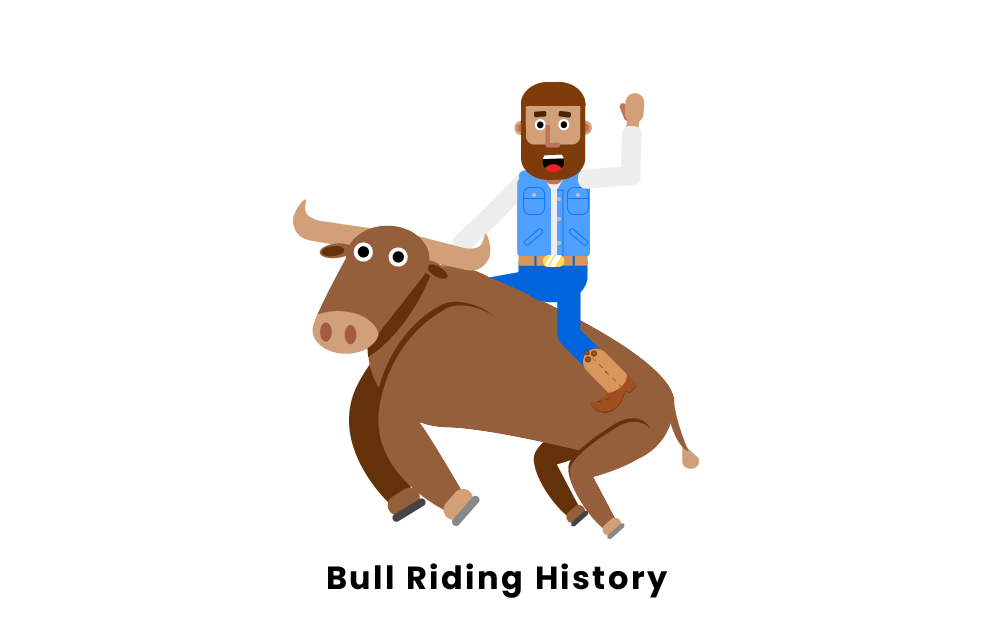 The sport of bull riding has a very simple set of rules that surround it and could be considered to be one of the most enjoyable 5-10 seconds in sports. The objective of a rider is to stay on the bull for 8 seconds once it has been released into the ring. The only rule for the rider is that only one hand may be placed on the rope or bull at any time. Each rider is scored in each competition out of 100 points, 50 coming from the bull and the other 50 from the rider. Riders get points based on the control that they show throughout a ride while the bull is scored on how disruptive they are to the rider throughout the ride. Bull riding is a simple concept that brings great excitement to fans across the country and the world due to its exhilarating rides and underlying danger for the rider.

Bull riding is a sport that is closely tied to the ranching industry. The roots of the sport stem from both Mexico and the southwestern portion of the United States where a majority of the nation's cattle ranching takes place. Old-time rodeos were held across this region and their Mexican counterparts called charreadas held some of the first ever known bull riding sessions. The original bull rides grew out of Mexico and over time when Mexican workers moved into the United States to help with American ranches, the tradition was brought with them. This diffusion of the sport north into the United States continued over time leading to more widespread popularity in the idea that piqued the interest of those across the entire nation.

The sport of bull riding is not credited with having a singular inventor but rather a group of individuals are given the credit. Mexican ranch hands and farmers were the first to start the earliest forms of bull riding and are given credit with inventing the sport. As mentioned earlier with the origin of the sport, along with mexican hands and farmers, some southwestern Americans farmers and hands can also be given credit as the sport grew into a more modern version later in places like southern California and Texas. The earliest concept of the sport was much more inhumane towards the animals as they were ridden to death but this went away over time especially when it became more popular in the United States around the mid-nineteenth century.

When was Bull Riding Established?

The original ancestors of bull riding started around the 1500s during Mexican horsemanship contests, or charreadas. These early variations were the first established bull rides anywhere in the world. The sport slowly grew and moved into what we see as bull riding today around the mid-1850s when American and Mexicans ranchers began to mingle across their borders. After more developments, rodeos became a popular event by the 1930s with bull riding as one of the main events. It became so popular over time that bull riders broke away from the rest of the rodeo scene to create their own tour and rodeos of just bull riding, now known as the PBR tour. PBR started in 1992 and has since grown at a steady pace while still being widely popular now globally to this day.

When did Bull Riding Become Popular?

Bull riding became a very popular exhibition event among ranchers and rodeos from its earliest days. Over time, it grew into being a popular sporting event in more mainstream channels as well while still having a very large following amongst the ranching community too. Around the same time as World War II, the 1940s, official rules began to be created for the sport as it was widely popular by this time however unregulated. No matter their stage, one of the acts in a rodeo or now on the PBR tour, bull riding was always one of if not the most popular event of the show and continues to be that way to this day. The PBR tour is also growing at a good pace in recent history too with large spectacles in cities such as Las Vegas and Dallas making large amounts of revenue that move the sport forward.

The top riders in the sport of bull riding come from across the globe including countries such as these:

Although the sport sees many of its top riders come from only a select few countries on this list, it shows the global impact of the sport. They come from three different continents where millions of fans tune in to watch and follow the sport. Bull riding has grown in recent times to include South American fans as well as those from regions where top riders don't come from due to the sheer excitement that the sport offers as entertainment.