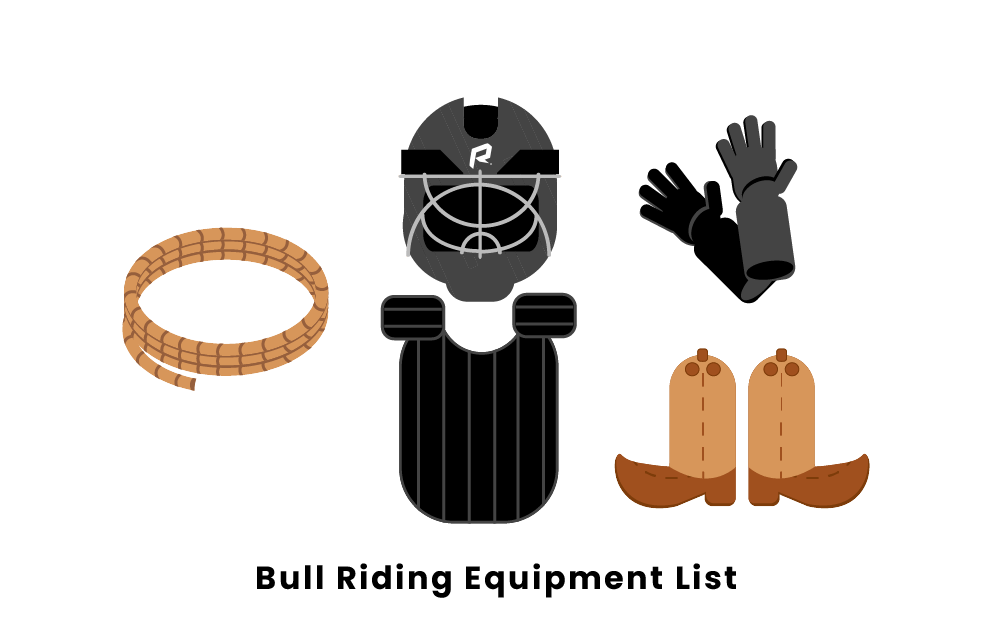 Bull riding is considered one of the most popular sports amongst rodeo competitions. Riders are tasked with staying on top of a bucking bull for as long as possible without being thrown off. The sport is very challenging as the bull does everything possible to knock the rider off by twisting and turning viciously. The longer the rider stays on the more likely they are to win the competition.

A standard arena for a rodeo and/or bull riding is 70x200 feet and the cost estimate to own that is about $107,500. One could obviously rent out an arena, but when thinking about the costs of putting a rodeo together and the ordeal it is, owning an arena is definitely a plus. Arena owners are also able to rent out their arenas to traveling rodeos, making money even when they aren't hosting their own rodeo. If you have the interest and finances, owning an arena could be a great investment. 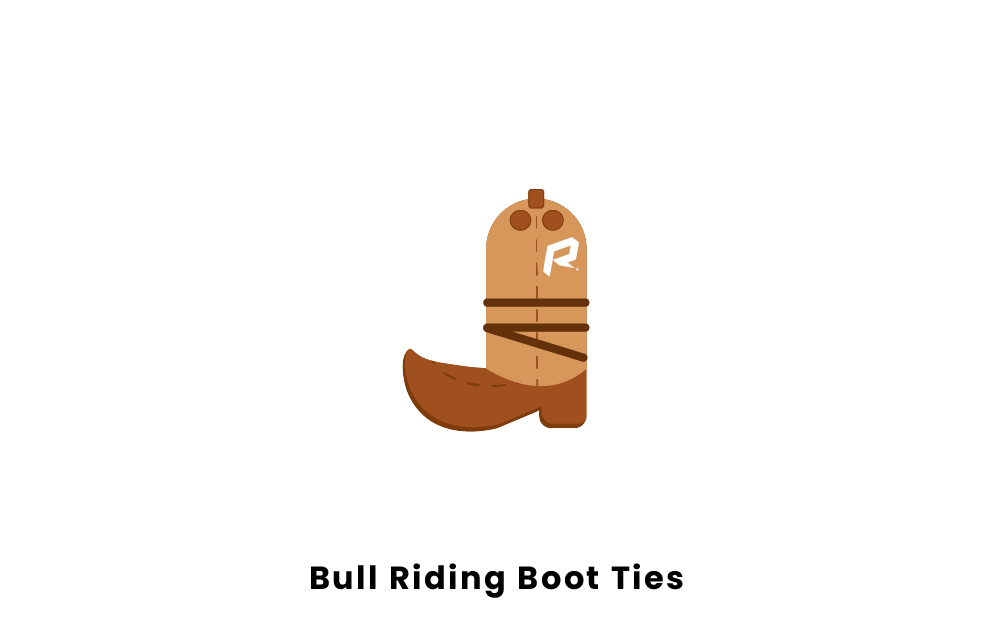 Boot ties are a strap that goes around a rider's boots. The strap is usually leather for fashion and strength, as the point of a boot tie is to tighten one's boots around their feet so they don't fly off when they are riding a bull. These straps also help boots hold a firm grip around the lower leg of riders for comfort. Boot straps tend to be about $20 and can be found online at stores such as RodeoMart.com. 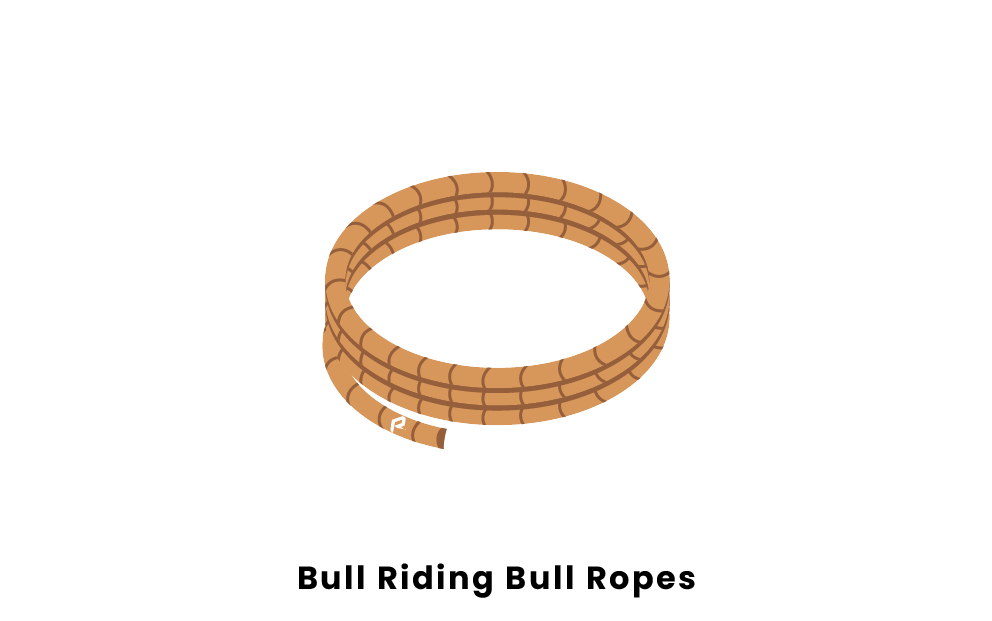 A bull rope is the rope that goes around the bull, mainly its neck, and is what the rider holds when riding a bull. These ropes have padding where the rope is supposed to meet the bull's skin and are very strongly woven together. The ropes are also made with a loop at the end to hold onto, for the bull rider. Some bull ropes could be around $30 for beginners and youth bull riders. Other bull ropes that are very strong are worth about $150. 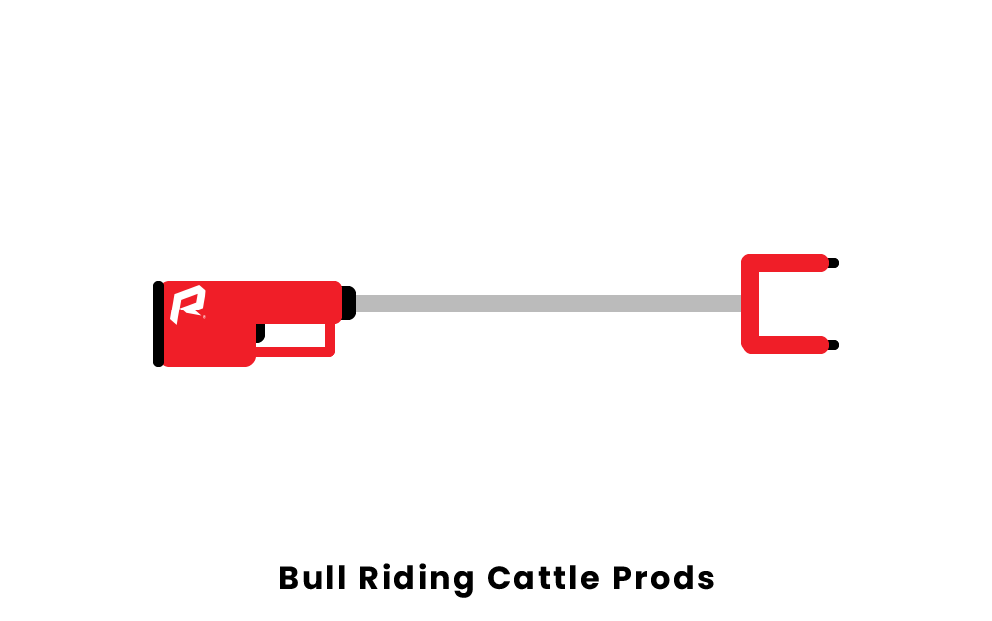 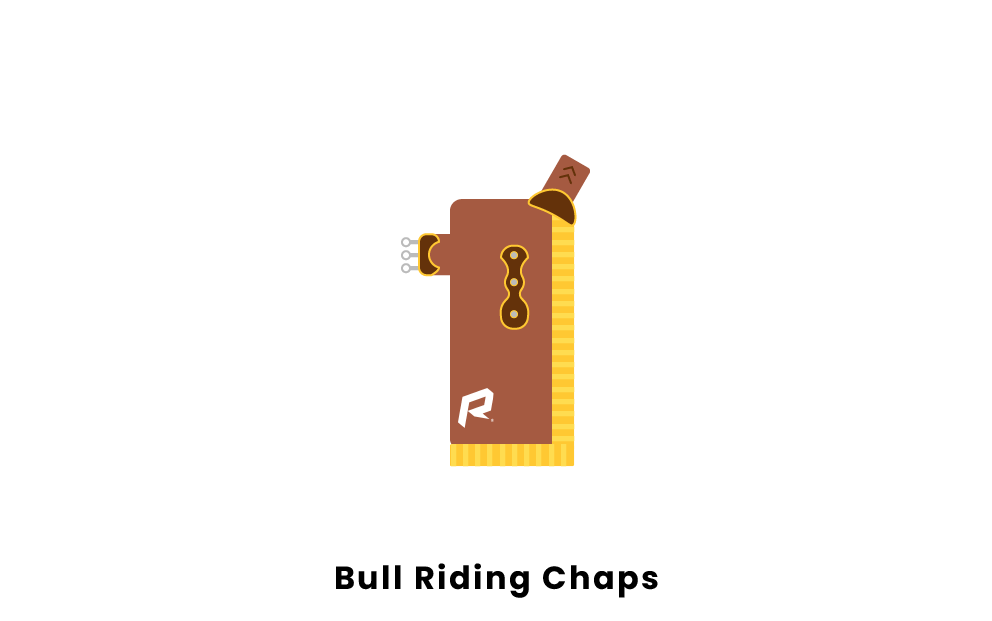 Chaps are similar to shorts, but they just around your upper legs. They are worn by bull riders to protect their pants and upper legs from rash when trying to ride a bull. Chaps are very useful for bull riding. They have also become somewhat fashionable for some people, as chaps are many different colors with many different designs. They can cost about $500 depending on style and quality, but can be purchased for less if you are looking for lower quality apparel. Chaps have a belt and are buckled over pants. 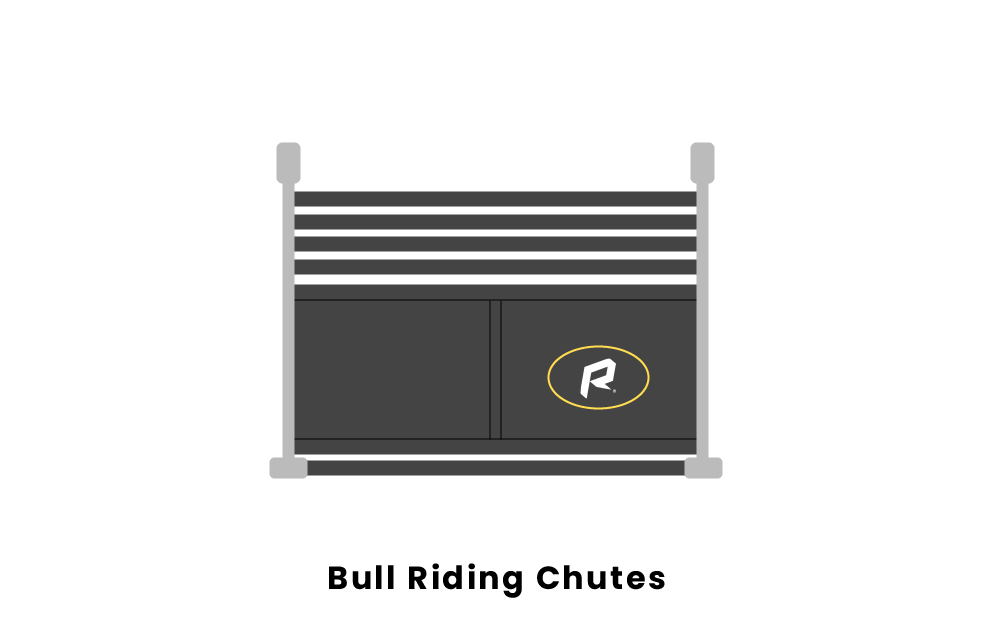 Chutes are what a bull waits in before the bull rider gets on the bull and then they both are released into the arena together. The chutes are very compact and fit one bull very tightly. The bull rider gets into the chute by climbing in from the top and getting straight on the bull. The chute then opens up to the arena, where the bull runs into, with a rider on top. Chutes have a front and back door. 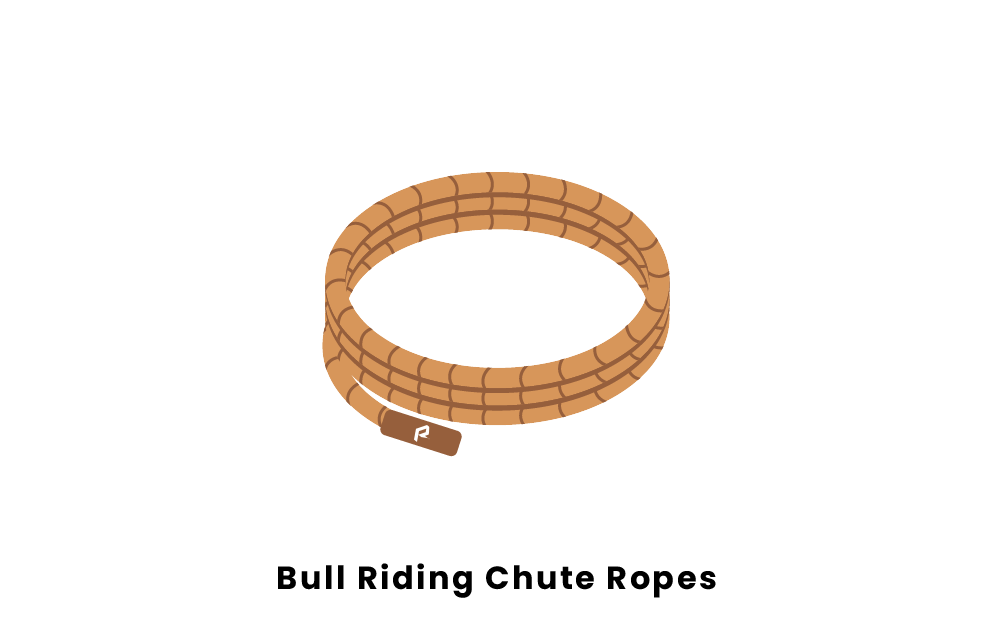 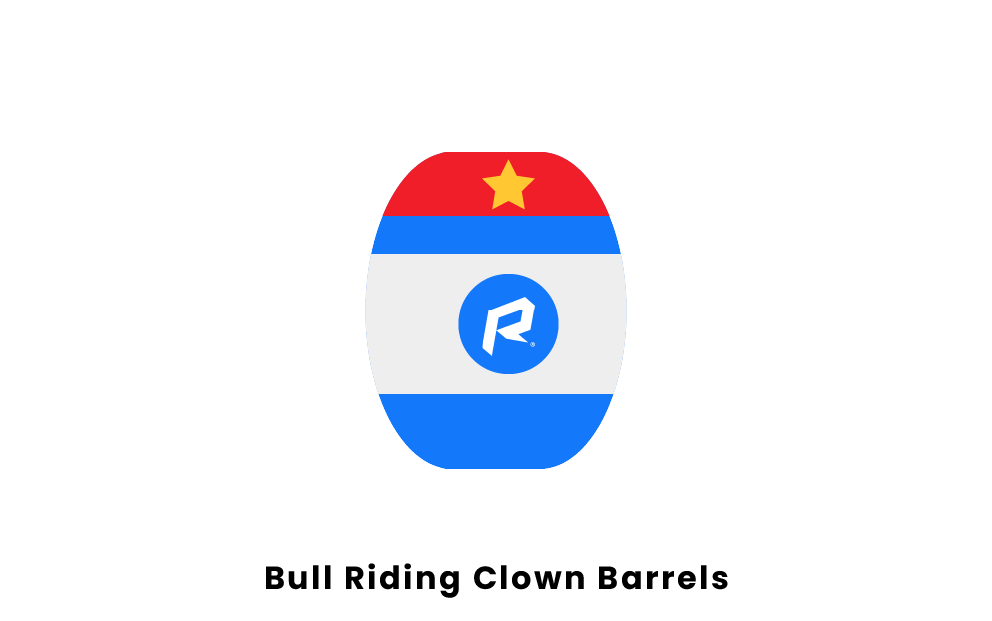 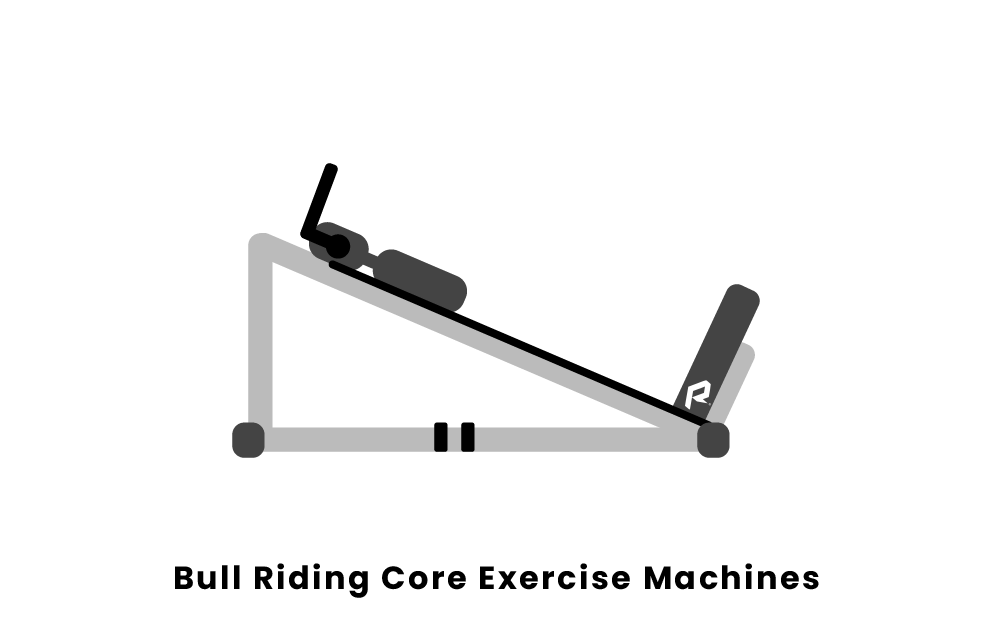 A core exercise machine has a wide variety. Really anything that helps strengthen your core could be used to train for bull riding.There are simple exercises that one could do, weights, machines that are relatively cheap, and more high-tech and expensive machines. Machines are simple to find as they could be used for any type of exercise, including training for bull riding. An example is 'The DB Method' which is a machine that works your whole core with different exercises. The machine used is $230 dollars.

Cowboys boots are mid-calf high boots that have a heel and a pointed toe. They tend to be made out of leather for fashion and quality. These boots fit into foot-holders on a bull really well and bull riders wear them when riding bulls. Cowboys boots have been around for a long time and have always been worn by cowboys when working and lounging. Cowboy boots could be found for around $150. Nice ones are more expensive and worth around $300. 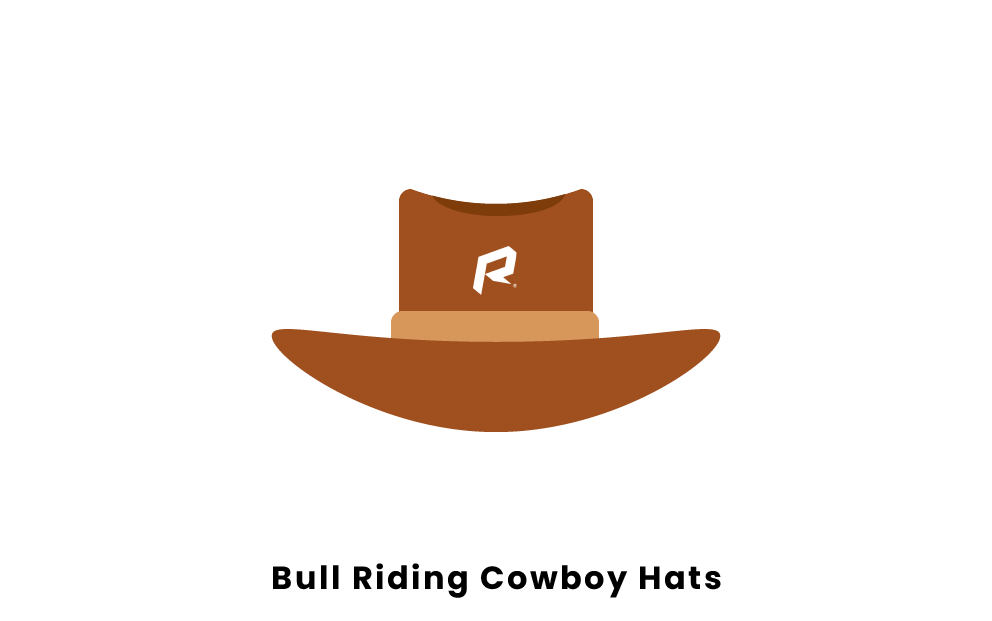 A cowboy hat is a hat with a broad and curled brim and a high crown. They tend to be made out of felt and are worn by cowboys to keep sun and dirt out of their eyes. Traditionally, cowboy hats have been used to hold water for a horse or for a cowboy. Bull riders wear cowboy hats when riding a bull for protection from the elements and for fashion. The price range of nice cowboy hats ranges from about $150 to $500. 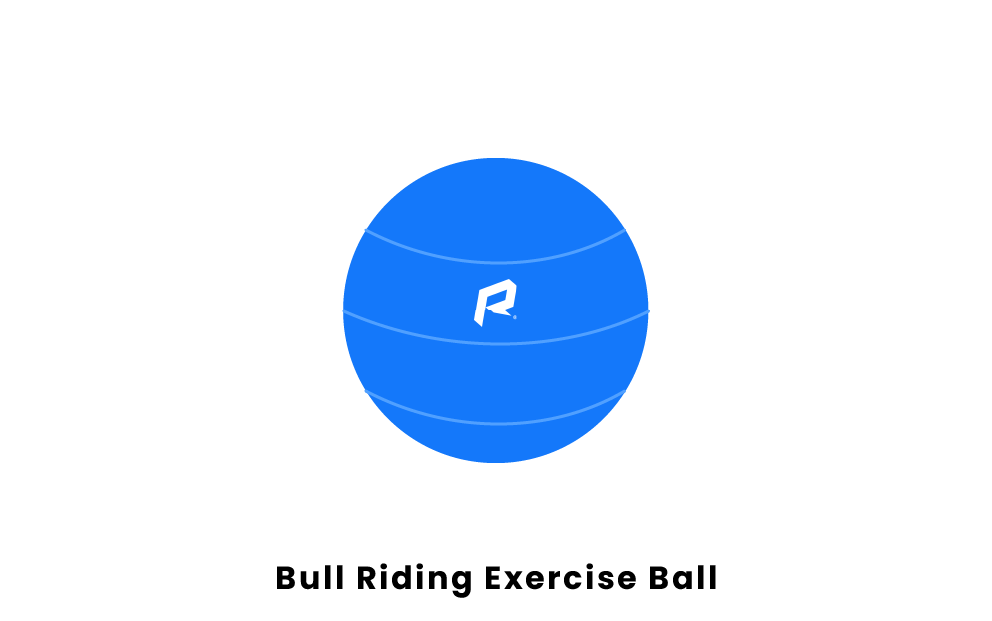 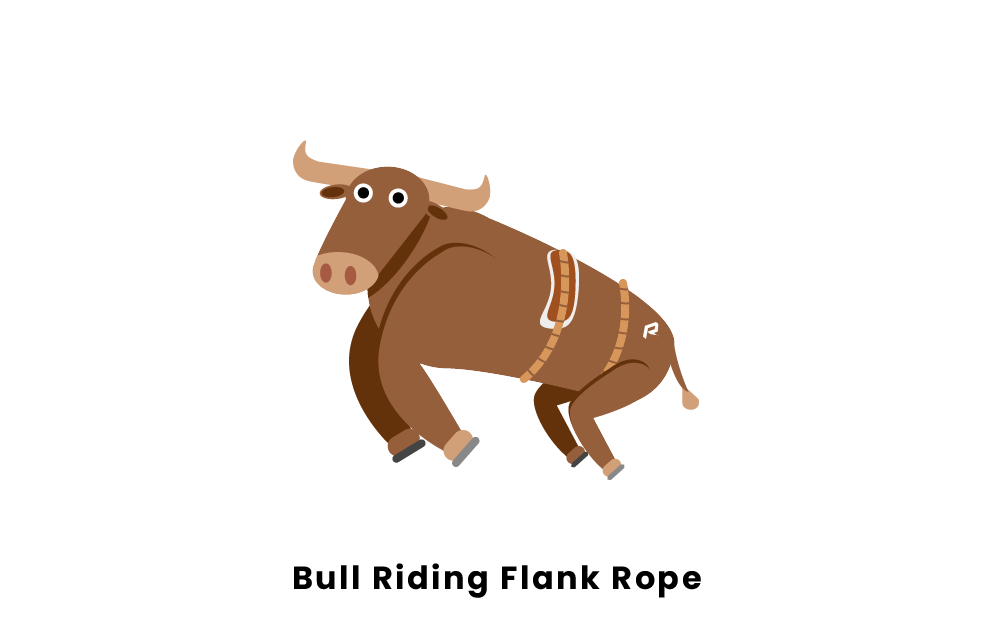 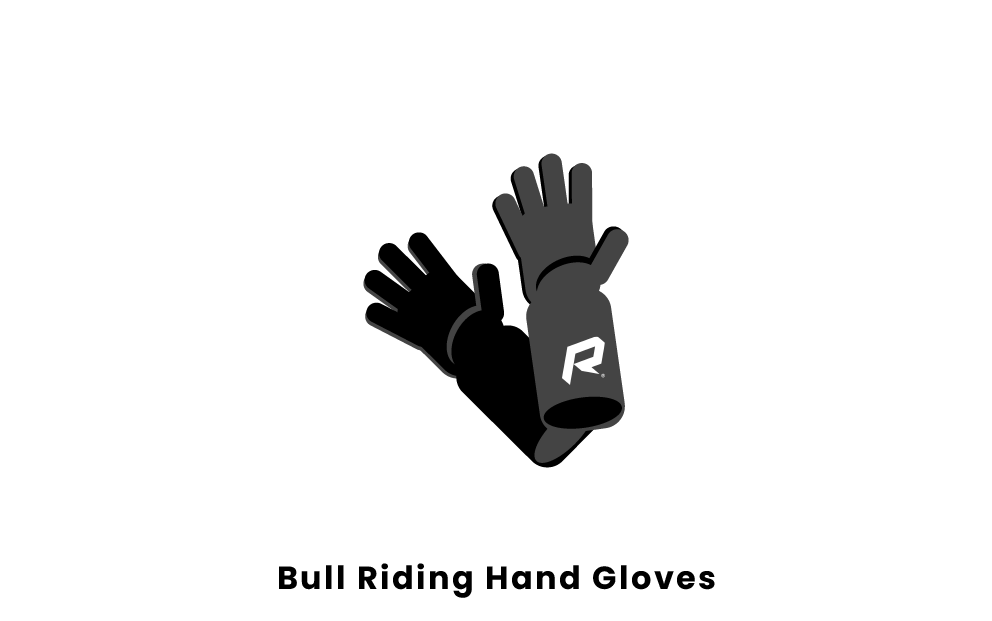 Hand gloves are worn by the bull rider when they are on a bull. In bull riding, the bull rider is allowed to hold onto a rope on the bull with one hand, as their other hand must be in the air. So bull riders will wear one hand glove on their dominant hand, which they use to hold the rope on the bull. Hand gloves are priced between $20 and $40 and are specifically made for bull riding, as it is tighter around the knuckles. 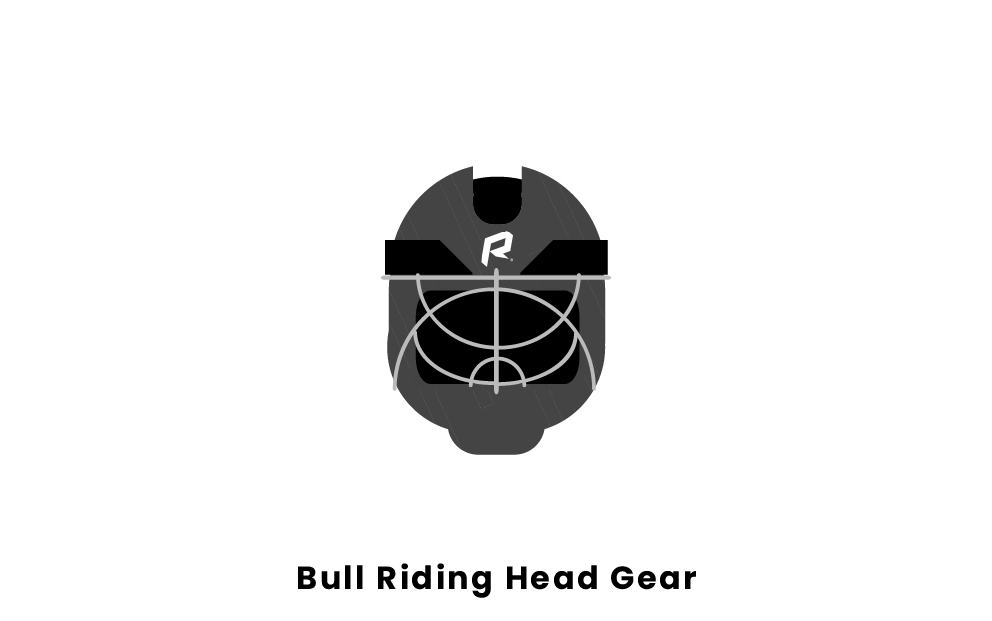 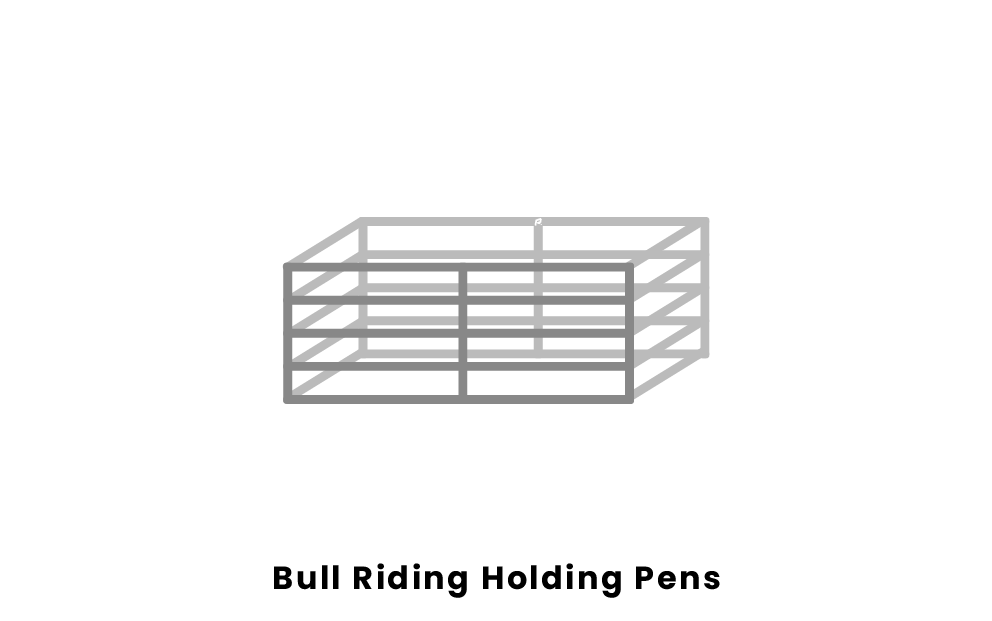 Holding pens in bull riding are where bjoulls are held before they are moved to the chute to be mounted and then let into the arena. The holding pens are not visible to the crown at a rodeo and are behind the chutes. When getting a bull ready for bull riding, they are brought to the chute from a large holding pen, where they have space, food, and water. 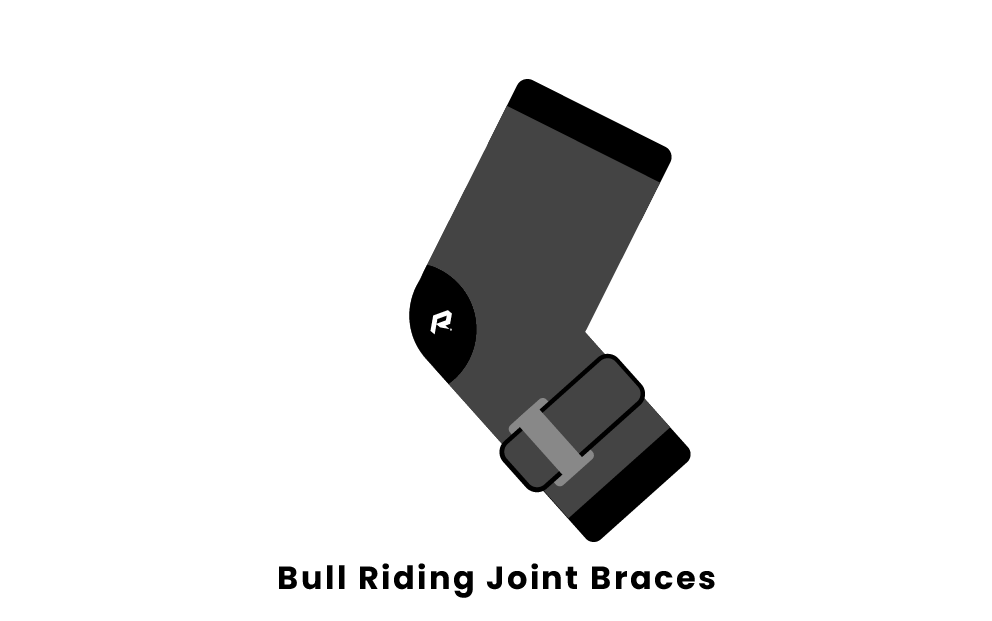 Joint braces are worn by bull riders and tend to be worn on the knees and/or the elbows of the dominant arms. They are braces that support the joints; bull riders joints will get thrown around, as they try to hold onto and stay on top of a bull. The pricing depends on where one wears the braces. Brace material tends to be made of Drytex. 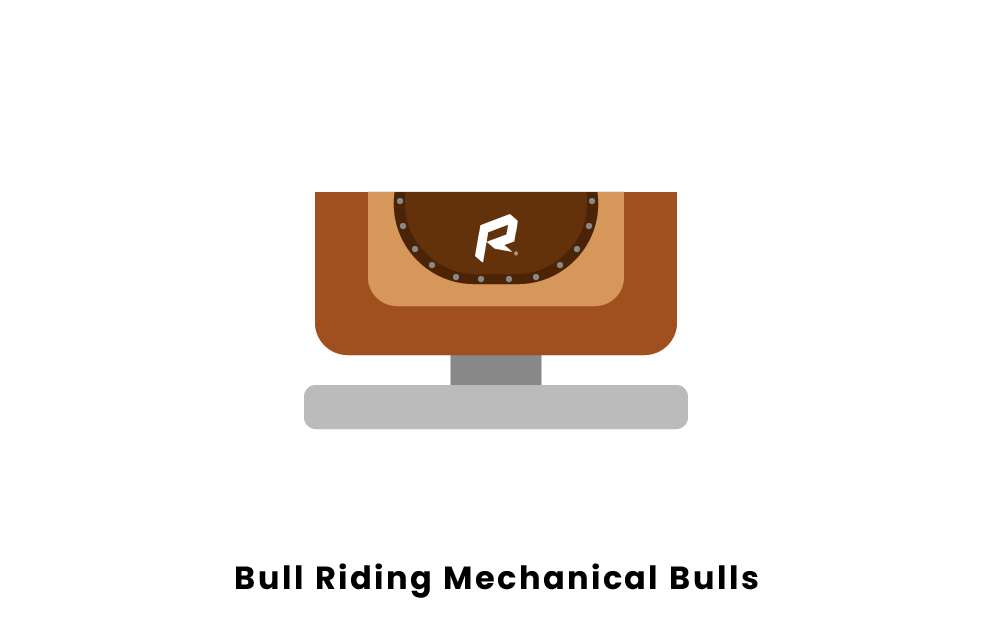 Mechanical bulls are a device that attempts to replicate or simulate what it is like to ride a real bull. They can be made of hard plastic or can be inflatable which is less similar to real bull riding but also safer. You are able to rent a mechanical bull, inflatable or not, from many places. As said earlier, to buy a mechanical bull, one would probably have to spend in between $2,000 and $15,000 depending on the quality of the bull. 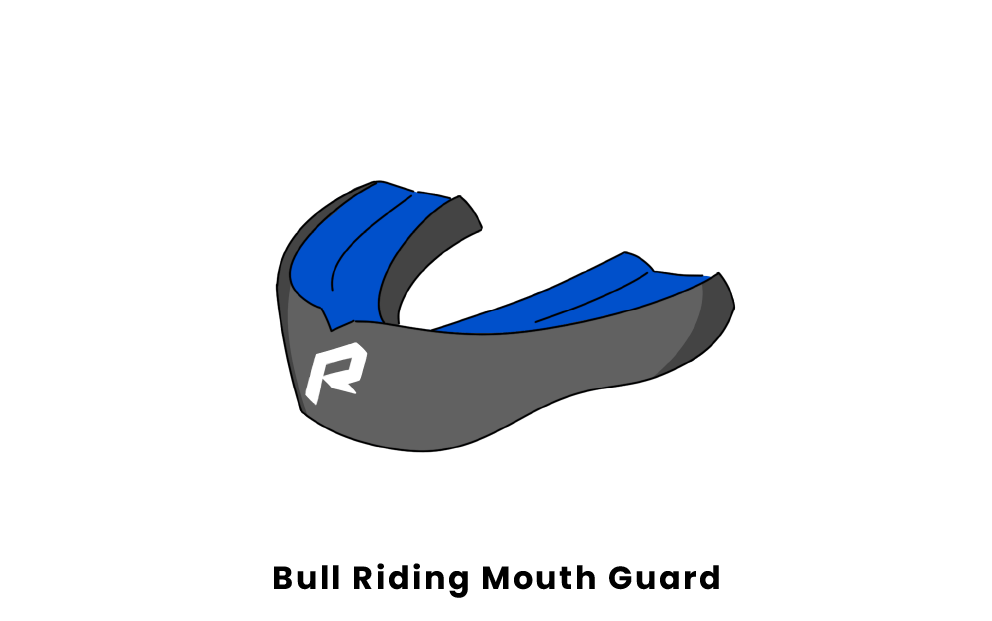 Mouth guards are worn by most bull riders. They could be custom made to fit a bull rider's mouth better, as they go around your upper teeth. Mouth guards are made of hard plastic and when custom made, they fit around your teeth well in a mold to protect them from chipping and/or falling out when bull riding. A good, custom mouth guard will cost around $100 to make, buy, and use. 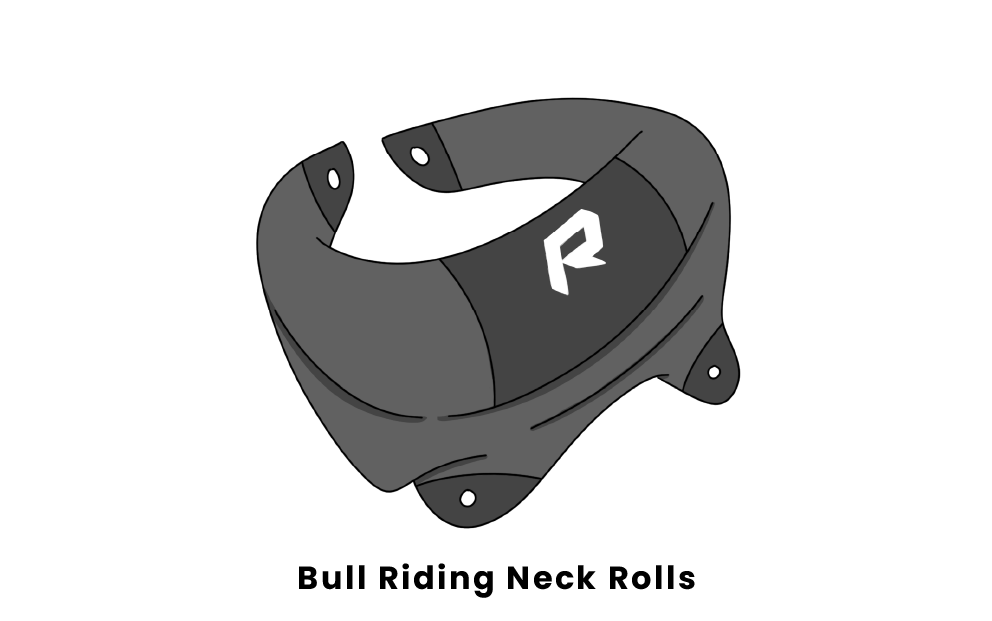 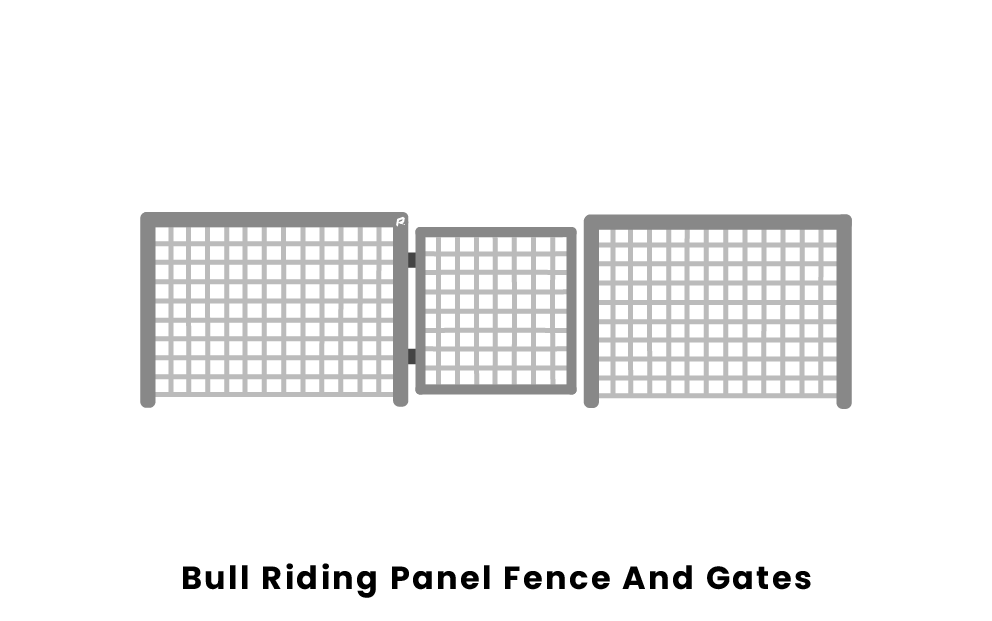 At rodeos, bulls are kept in their chutes and/or holding pens with panel fencing and panel gates. The fences and gates are paneled with bull wire, which is strong and keeps the bulls put. It also allows the bull to see out and people to see in. This helps the bull feel more comfortable rather than being put in a blocked off pen. These fences also allow workers to see the bull without having to get in the pen with it. 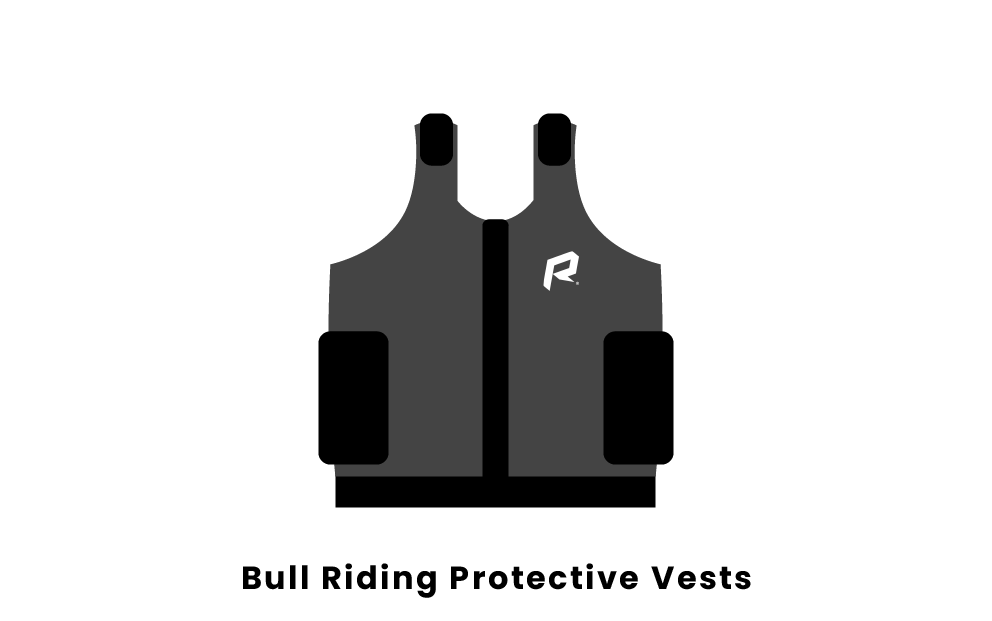 A rope can is a tin carrier for ropes. It holds a strong rope that is to be used in a rodeo for bull riding. Rope cans are protective cases for a bull rider's rope. It is important for a bull rider to keep their rope in great quality, as that is what they will be holding onto when trying to stay on a bucking bull. Rope cans can be bought from bull riding sites for around $100, but can be found for cheaper as well. Rope cans have a handle to make carrying the can simple. 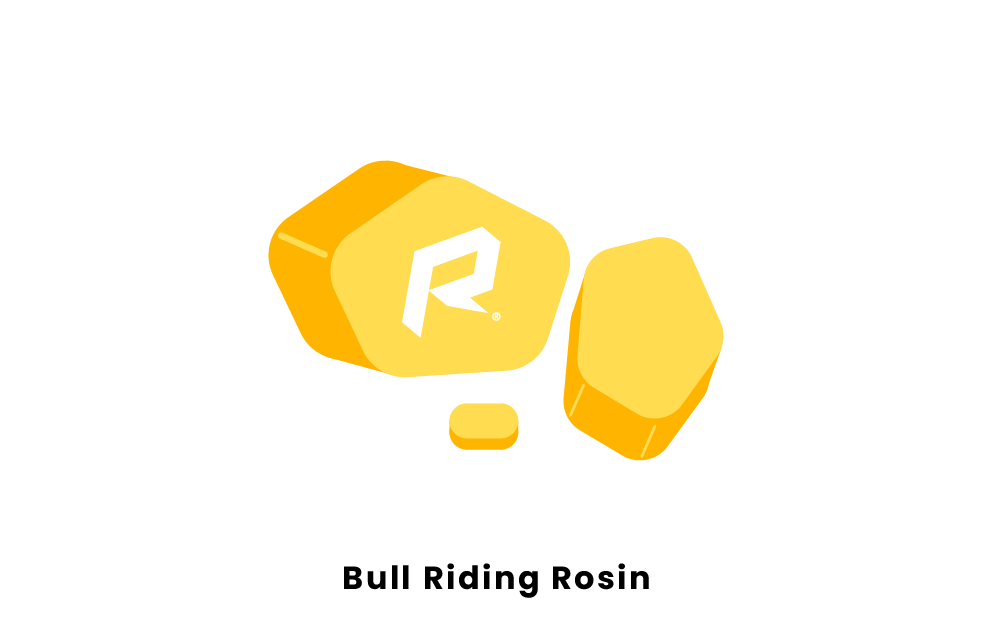 Rosin is a solid form of resin, which is a highly viscous substance of plant origin. Rosin is usually obtained from pines. Bull riders will rub it on their gloves prior to riding a bull. Bull riders use rosin to give them a better grip on the rope. It essentially acts as a grip enhancer for bull riders. Rosin and rosin bags can be bought for around $15.

A rowel is a spiked revolving disk at the end of a spur. The PBR rowel is most commonly used in bull riding today. It is a self-locking rowel. Rowels help bull riders lock their feet into their foot-holders when on a bull. High quality rowels are sold for around $40. Rowels do have to be replaced occasionally, as they get worn out over time. Rowels are important for bull riders to be in a position to stay on a bull for longer than eight seconds. 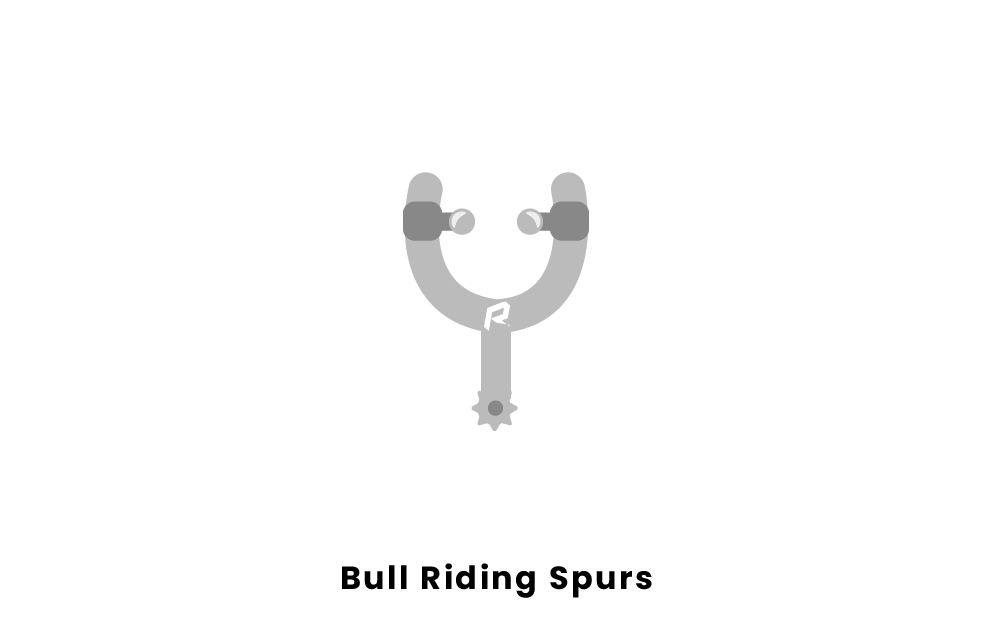 A spur is a metal tool worn at the heels of cowboy boots for riding. They were originally made to help a rider tell an animal, like a horse, what direction to go. Bull riders have to wear spurs, despite them not caring what direction they go. The spurs alert the bull that the rider is there and urges the bulls to buck, which is the point of bull riding. High quality spurs are worth around $100. 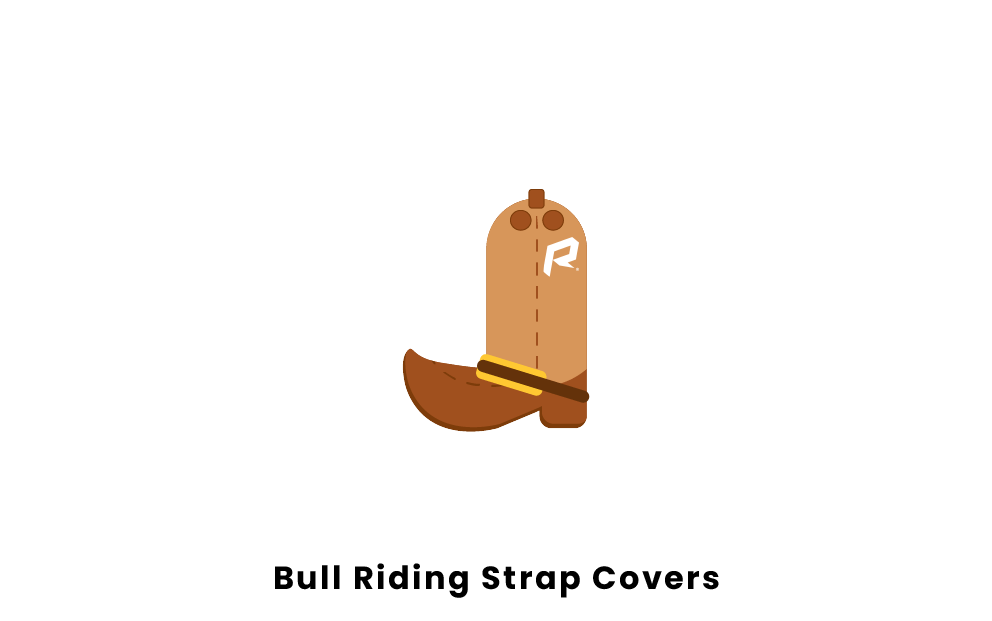 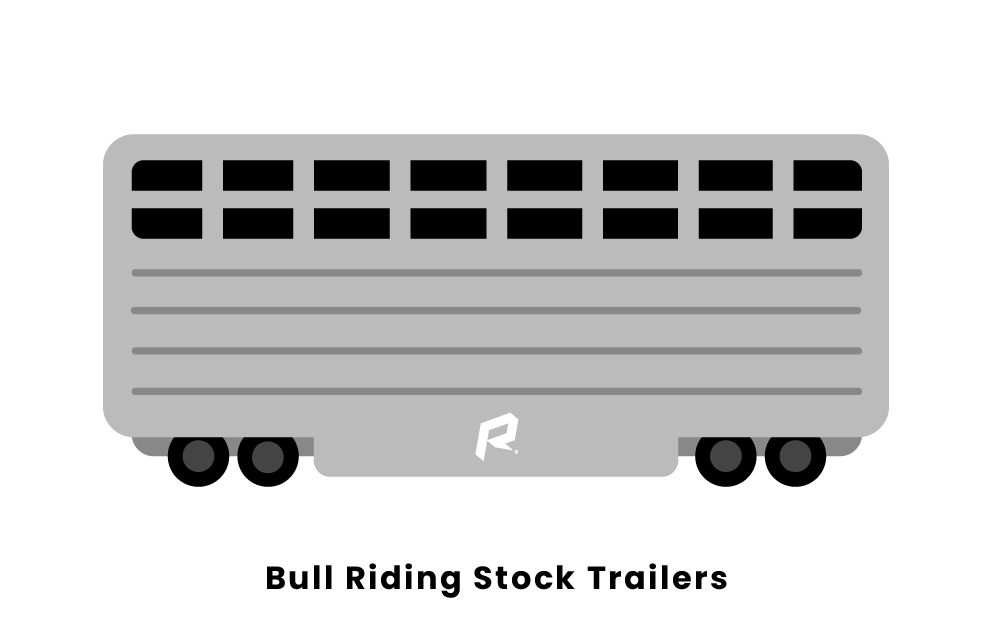 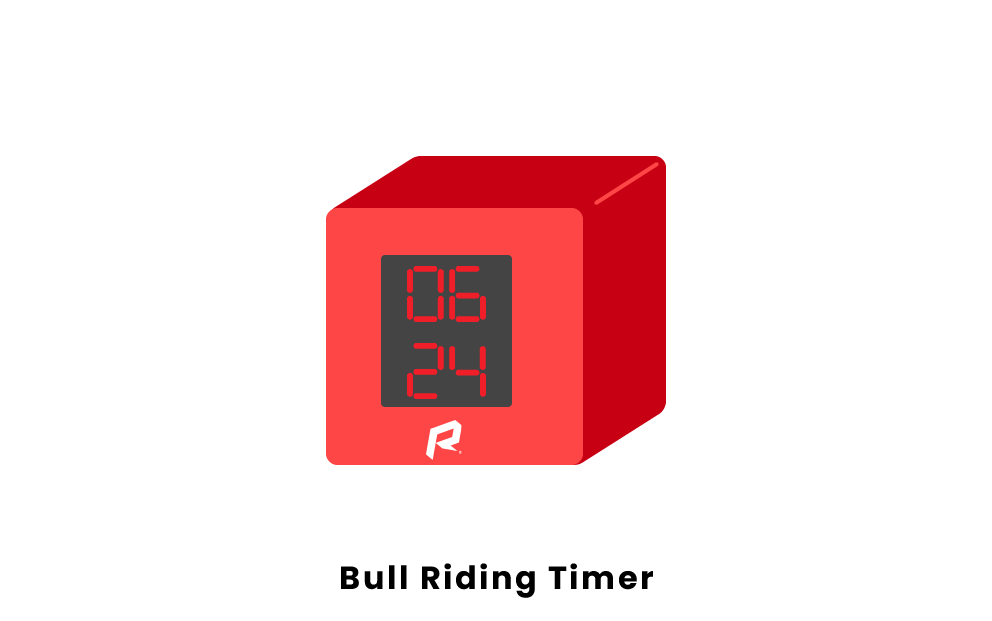 Timers are an essential part of the sport of bull riding, as the purpose of bull riding is for the rider to last on top of the bull for longer than eight seconds. At rodeos, timers and buzzers are used to alert the audience and riders when the time starts and the bull and rider are released into the arena. They are also used to alert the audience and rider when the time stops and the rider has fallen off of the bull.

What Equipment do you Need to Bull Ride?

Bull riding requires a lot of equipment as it is imperative for riders to follow all safety precautions. There are six pieces of equipment all riders must have:

Bull riding equipment is vital to the safety of the rider as well as the bull. This sport is truly one of a kind because of the relationship between the bull and the rider. While the bull is trying as hard as possible to knock the rider off, the rider is hanging on for as long as possible creating a very dangerous environment. Therefore, the rider needs to ensure he has all the proper protection to help him not only perform, but minimize injury as much as possible.

What is the Most Important Bull Riding Equipment to Have?

Chaps, helmets, vests, spurs, gloves, and boots are all essentials when it comes to gearing up for a Rodeo. Almost all of the equipment is designed to protect the rider. You must ensure that you have well fitted equipment to reduce as much risk of injury as possible before riding the bucking bull.

What is the Expected Total Cost of Bull Riding Equipment?

Bull riding is not cheap. There are various parts a rider must purchase to ensure their safety. The average cost of the six most important pieces of equipment averages around $1,500. Riders can find cheaper or more expensive gear if they desire. However, this gear is for the rider's safety, so it may be worth spending more.