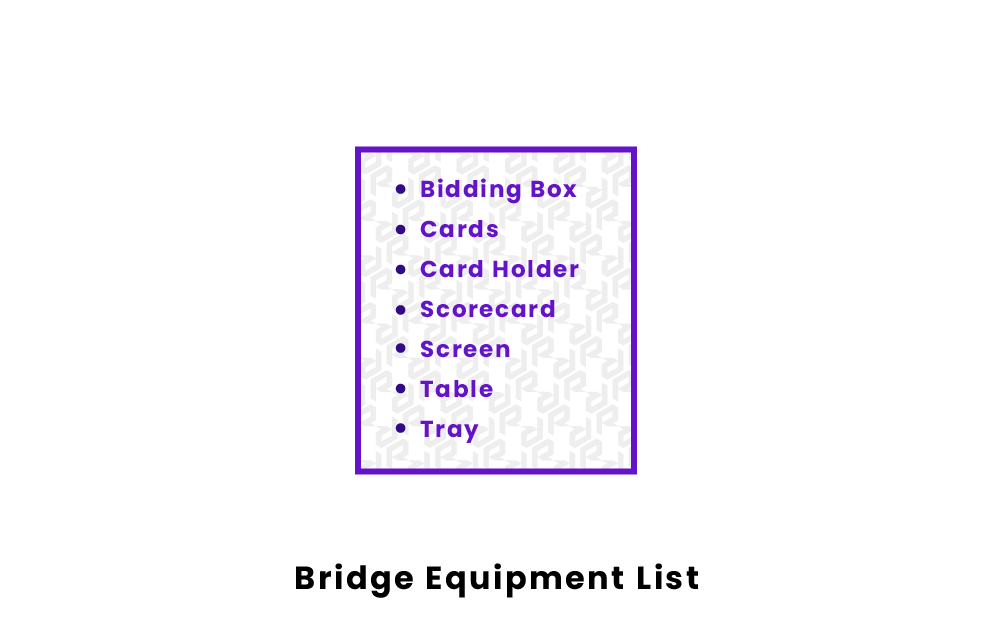 Bridge is a fun, four-person card game that puts teamwork and mental skills to the test. The purpose of the game is to score points by bidding and winning tricks.  All bridge games need a deck of cards, a playing table, and a scorecard. Optional accessories include things like a card holder, a screen, and a bidding box. 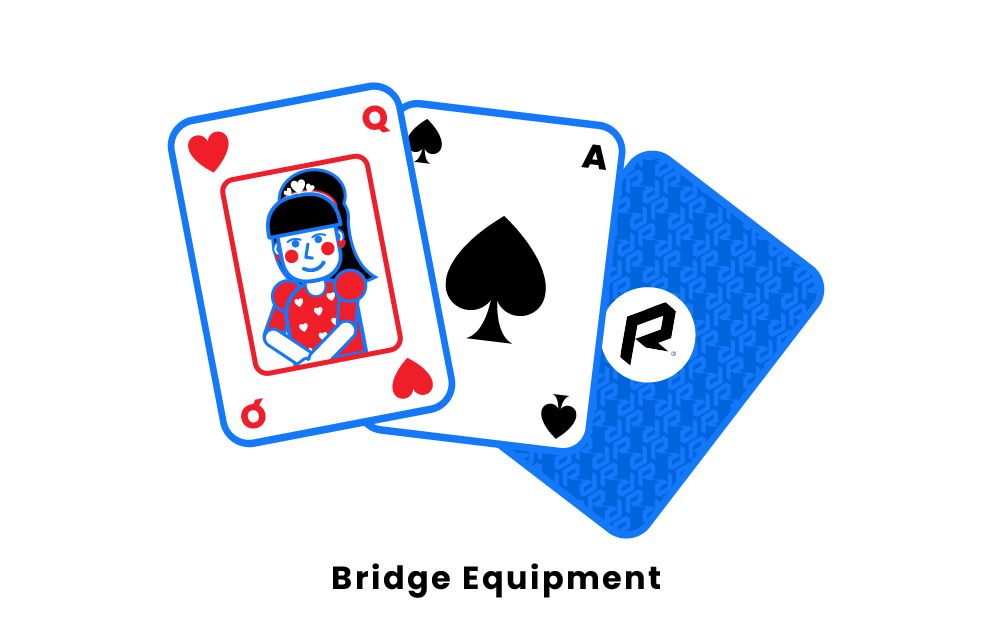 Bridge is a game that puts your mind to the test. It can be a casual social passtime or a competitive tournament, but it always presents a fun, strategic challenge for those who play it.  Although there’s been some debate over whether bridge can be called a sport after the Olympics disqualified it as one in 2017, no one can attest that its engaging, partner-driven strategy puts your mental skills to the test in an enjoyable way.

Bridge is a four-person card game played in teams of two, where teammates sit across from each other at the table. Each player gets a hand of 13 cards and must make bids to win the most tricks and score points, with players of a team communicating the strength of their hand via bidding.  The aim of the game is to score points by winning tricks, working with your partner to win a round.  There are a few ways to play bridge, but the most popular styles are rubber, Chicago, and duplicate. The most popular is rubber bridge, where you play for points.

The absolute essentials to play bridge are a pack of cards, a table, with strong recommendation for a scorecard and pencil for keeping track of points. Optional accessories which may make the game easier include a card holder, a bidding box, and a betting tray. Some pieces of equipment, such as a screen for the card table, are used in competitive clubs and tournament settings, but won’t usually be found in a casual game.

The bidding box is an optional accessory that you’ll usually find in club or tournament settings. It is a plastic box that holds cards that convey which suit you want to bid, or whether you’d like to pass on a bid. It also has an alert card and a stop card which indicates to stop the bid. These cards are taken from the bidding box and placed on the table for your partner to see.

The purpose of a bidding box is to let players make bids without speaking. In casual games, bids are usually made verbally, but in competitive scenarios, a bidding box is used as a precaution to prevent coded communication between partners which may lead to cheating.

You need a standard 52-card pack of cards to play bridge. Every pack of cards is divided into four suits which include clubs, diamonds, hearts, and spades. Each suit has 13 cards which include the ace, the king, the queen, the jack, as well as numbers that run from 2 to 10. Some decks may have jokers, but for a game of bridge, they should be removed since they are not used.

After the deck is shuffled, each of the players is dealt a hand of 13 cards, splitting the whole pack evenly amongst the participants. Each suit has a value, with spades being of highest value, then hearts, then diamonds, and clubs as the lowest. Since every player has 13 cards, 13 tricks are played per round of bridge.

A card holder is an optional accessory that fans out and holds all of the cards in place for you. Bridge calls for quite a large hand at 13 cards a person, so a card holder can be useful for anyone wanting to organize and strategize with as little hassle as possible. They might be made of wood or plastic, with one long slot or several shorter slots to place your cards in. They sometimes come with a notch to hold your pencil for the scorecard.

Your scorecard allows you to keep track of the points won by each team. Duplicate and rubber styles of cribbage games call for different scorekeeping, but rubber is the most common style, with Chicago also being a variant of rubber scoring. A scorecard for rubber bridge keeps track of how many points you score per trick. It takes into account how vulnerable your team was for that trick by rewarding bonus points for winning against the odds (placed above the horizontal line of a trick), and deducting points for low-risk wins, placed below the line. On a traditional bridge scorecard, teams of north/south and east/west are separated by a vertical line.

Some bridge tables, especially ones used in tournaments, might have a screen that prevents players on a team from seeing each other. The screen is laid out diagonally down the center of the table so that both pairs are cut off from looking at each other. Over the center of the table, it has a liftable door which leaves an open space where cards can be placed for bidding. Players can see the cards but not each other through the door.

The screen is usually an optional accessory, except in competitive instances where it’s used to protect the integrity of the game.They’re used often in clubs and tournaments to make sure partners don’t cheat via coded signals or secret communication. Casual bridge games typically don’t have a screen, especially since social enjoyment is part of the fun.

You can play bridge at just about any cleared table with room for four players, but many enthusiastic bridge players like to invest in an actual card table. The kind of card table used for bridge is square with a standard size of 34 by 34 inches, and it is often foldable for easy storage and removal. The square makes it easier to designate a space for each of the four players in a standard game, with partners opposite each other in the north, south, east, and west positions. Tables for a game of bridge are relatively inexpensive, costing around $30 to $100.

The bidding tray is an accessory to a bridge game that designates an area to place the cards as you bid. It’s usually made of plastic or wood, and it has markings to designate players to the north, south, east, and west. Players on the north and south sides make up a team, as do players to the east and west.