Why Do Boxers Hug? 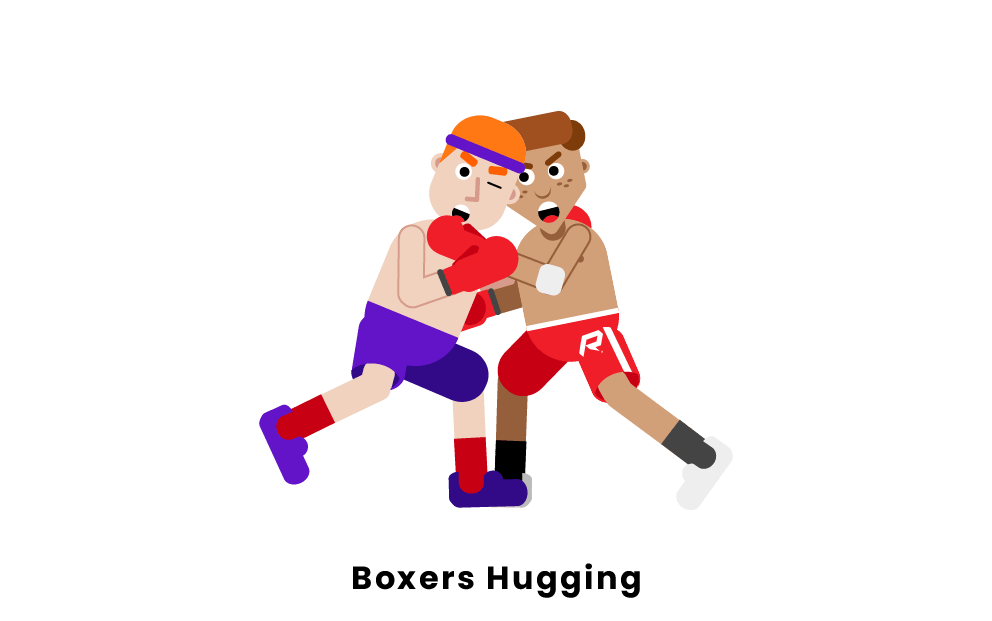 Boxers can be seen hugging during the match sometimes, but in boxing, and other combat sports, it is known as the clinch. During a boxing match, two fighters are putting everything on the line, so they need to strategize on how they strike and play defense.

Clinching is when the boxer wraps their hands around their opponent. This is a defensive technique that creates a pause in the fight, and forces the referee to separate the two fighters.

Fighters use the clinch for a few reasons:

Clinching can be used for strategy or survival.

If you are facing an aggressive or offensive oriented opponent, you can use the clinch to slow down their offense.

Your opponent can get frustrated and lose their rhythm as a result.

Clinching can also neutralize powerful punches. If you perform the technique before or in the middle of a combination, it can diffuse the situation all together.

Clinching, or hugging, can also be used as a last resort. If you are exhausted, or are getting rocked in the fight, the clinch can help you recover and catch your breath. You can also use it if you are cornered. This will help you get out of the corner so you have more room to dodge, block and throw punches.

Referees will separate the fighters because they are only allowed to be in the clinch for a couple of seconds. There is step by step process to get into the clinch:

Pages Related to Why Do Boxers Hug?