SportsSporting EventsGamesActivitiesBoxingHow Does Boxing Betting Work?How Long Is A Boxing Match?How Much Do Boxing Tickets Cost?How Much Does A Boxer Make?How Much Does It Cost To Go Boxing?Muhammad Ali vs Joe Frazier Boxing RivalryTop 10 Boxing BrandsTop 10 Boxing MoviesTop 10 Boxing Rivalries of All TimeTop 10 Boxing Video GamesTop 5 Boxing BooksTop 6 Best Men's Heavyweight Boxers of All TimeWhat Are The Best Seats At A Boxing Match?What is Boxing?BoxersBoxing 101Boxing EquipmentBoxing RulesBoxing Basic Rules For KidsBoxing RoundsBoxing Rules And RegulationsBoxing TitlesBoxing Weigh InsCan You Turn Your Back In Boxing?How Does Scoring Work In Boxing?What are the rules of boxing?Boxing TrainingOlympic Boxing
Home>Sports>Boxing>Boxing Rules
PreviousNext

What are the rules of boxing? 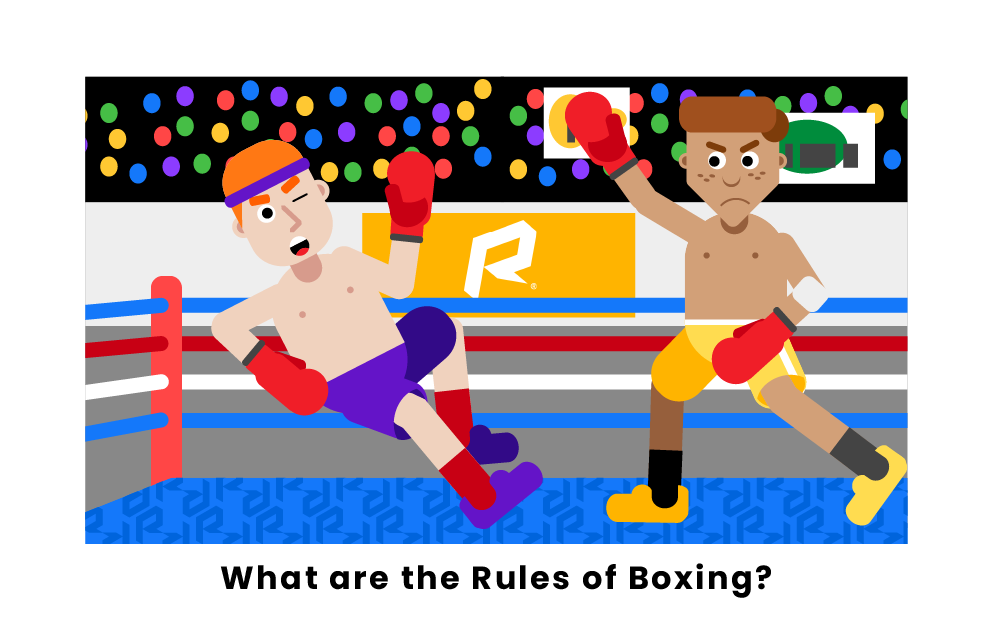 Boxing has many rules used to govern the sport in order to make it fair, safe, and competitive for fighters. As a combat sport, the nature of boxing can put its competitors in serious danger without specific rules to control the match. Rules include restricting the type of strikes competitors can use, where they are allowed to hit opponents, fouls, and other match procedures. The rules of boxing can vary depending on the jurisdiction in which the fight takes place and whether it is an amateur or professional boxing match.

There are a few universal rules that are extremely important to the sport and are generally accepted in all boxing matches. These rules apply only to boxing matches and not to similar combat sports such as kickboxing or MMA.

Commonly accepted rules for boxing include:

Boxing is a sport practiced by amateurs and professionals alike. While many core rules remain the same, some rules for each bout can vary based on the skill level of the fighters. The differences between amateur and professional boxing rules are summarized in the table below.

The skill difference between amateur and professional boxing is clear. Most amateur bouts will feature beginner to intermediate boxers. However, some “amateur” competitions such as the Olympics can feature very skilled and experienced boxers. On the other hand, in professional boxing, you almost always see top-notch boxers.

In amateur boxing, most participants will be required to wear mouthguards, gloves, and headgear. In some cases, amateurs will wear additional gear such as shin pads or rib guards. In professional boxing, the fighters will only wear mouthguards and gloves as protection.

Scoring is perhaps the biggest difference between amateur and professional boxing. The two skill levels are scored in two very different ways. Amateur boxing is judged based on the number of strikes landed comparatively. This means the fighter that lands the most punches usually wins.

Professional boxing, on the other hand, uses a 10 point system to judge bouts. The 10-point system is based on who wins the most rounds, with the winner receiving 10 points and the loser receiving 9. In rare situations where one fighter dominates, or a foul is committed that results in point deductions, the losing fighter could receive 8 points for the round.

Another significant difference between amateur and professional boxing is the compensation fighters receive. Amateur boxers do not receive compensation for fighting, as they are fighting for experience or simply a love for the sport.

Professional boxers almost always receive compensation for their bouts. Professionals are paid for sponsorships, participating in the fight, win bonuses, and more. Some of the best professional boxers can earn upwards of millions for just a single fight!

The end of a boxing match is the climax of the event, in which one of the competitors is deemed the winner of the bout. This can happen in a few different ways, including split decisions, unanimous decisions, and knockouts.

Majority Decision: Two judges decide in favor of one fighter while the other judge rules the bout a draw. The fighter that received two winning decisions wins the match.

Split Decision: Two judges decide in favor of one fighter, while the third judge decides in favor of the other. The fighter that received two winning decisions wins the match.

Technical Knockout (TKO): When the referee decides one fighter is no longer fit to continue, despite not being knocked unconscious. The fighter that was deemed unable to continue loses the fight, and their opponent is deemed the winner.

Majority Draw: Two judges scored the fight as a draw, while the third scored in favor of one of the fighters. The fight is ruled a draw.

Unanimous Draw: All three judges have scored the bout as a draw. The fight is ruled a draw.

Technical Draw: When the judges cannot determine the winner after a headbutt. The fight is ruled a draw.

Disqualification: Either one or both fighters is eliminated from the fight due to repeated rule violations. Option 1: The fighter violating rules repeatedly is disqualified and their opponent is named the winner. Option 2: Both fighters are disqualified for repeatedly breaking the rules, and the fight is deemed no contest.

Submission: One fighter decides to surrender to the other. The fighter who submits is automatically declared the loser.

What is the objective of boxing?

Boxing is a combat sport where two athletes battle each other in the ring using punches. To simplify the object of boxing, the goal is to hit your opponent and avoid getting hit yourself. Another way to look at the objective of the sport is to knock out your opponent before they knock you out. Boxers will earn a point advantage from the judges for dominating a round by successfully striking their opponent more than the opponent was able to strike them, or for knocking down the opposing fighter. A complete knockout or TKO (technical knockout) automatically ends the fight.

How many rules are there in boxing?

There are numerous rules that govern the sport of boxing. These rules control the type of strikes competitors can use, where they are allowed to hit opponents, fouls, and other match procedures. Even the judges have rules for how to properly score each round. All included, there are over 30 rules in the sport of boxing. The rules can vary for boxing matches in different jurisdictions and at different skill levels.

What are some common rules in boxing?

There are some universal rules generally accepted across the entire sport. For example, it is forbidden to kick, knee, trip, headbutt, bite, or spit on opponents in boxing. Boxers are not allowed to hit below the belt or in the back area. The fighters must break, take a step back, and withhold throwing punches if the referee signals for a break. These are a few examples of common rules in boxing, but the entire list of rules is much more comprehensive.

Are you allowed to kick in boxing?

No, fighters are not allowed to use kicks, knees, or trips in traditional boxing matches. Boxing is solely focused on striking with the hands and defending against it. Throwing a kick in a boxing match will be called a foul and result in a warning, possible point reductions, or even disqualification. However, in kickboxing (a discipline very similar to boxing) kicking and other techniques are allowed.

Where are you allowed to strike your opponent in boxing?

In boxing, fighters may strike the opponent in the head and upper body. Boxers are only allowed to strike their opponent with a closed fist punch, not with an open hand or backhand. It is against the rules for boxers to hit their opponents below the belt, in the back or kidney area, the back of the head or neck, or while they are on the ground.

Pages Related to What are the rules of boxing?