What Are The Best Seats At A Boxing Match? 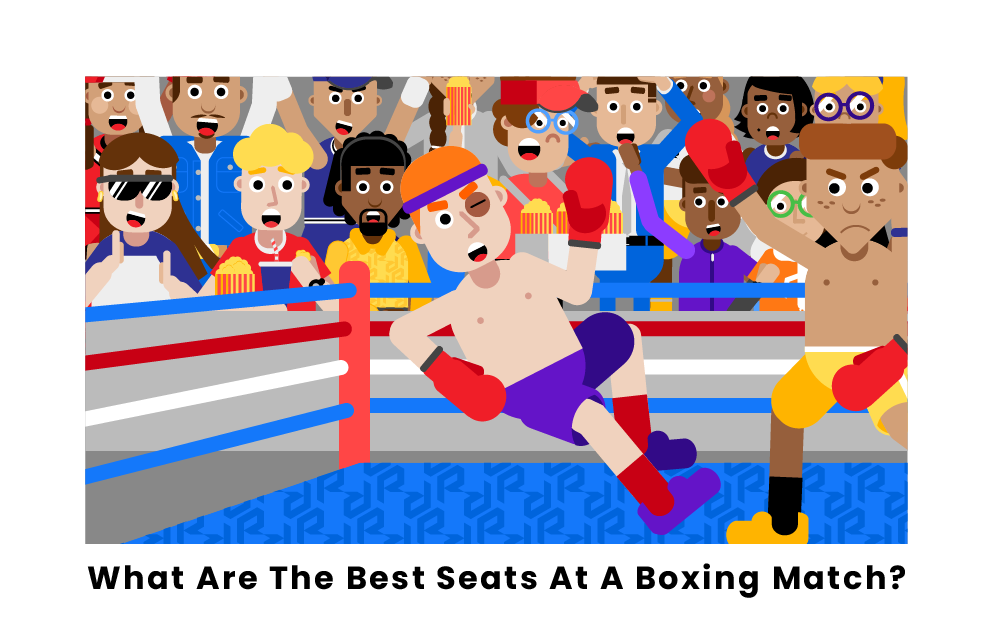 In addition to thinking about the cost of tickets and the athletes involved, boxing fans often wonder where the best seats in a boxing stadium are. Like many sporting events, boxing matches utilize stadium-style seating. Still, due to the unique shape and size of the boxing ring, various seating sections and angles are better for viewing the match than others. Here, we will take a look at the various sections of a boxing stadium, discussing the advantages and disadvantages of each type of seating when it comes to things like cost, view, and other important factors.

Ringside seats are the most sought-after seats in a boxing stadium and typically consist of the first eight to ten rows on each side of the ring. No matter the event, ringside seats at boxing matches are the most expensive, often ranging between $250 and $600, but often cost thousands of dollars for high-profile fights. Advantages of ringside seats include the fact that they are closest to the action of the fight and tend to be populated by the richest and most well-known spectators. Scoring a ringside seat means that you will not only get to see a fight up close but may also interact with some important people, perhaps even celebrities, who are seated close by. However, ringside seats do have disadvantages. They are on the floor, not tiered like stadium seats, meaning that ringside spectators often stand for the duration of the fight, which can obstruct your view if you are not seated in the front row. Additionally, ringside seats are generally set below the floor of the ring itself, meaning that spectators are looking up at the fight, which can be awkward for some.

Behind ringside seats, most boxing stadiums have larger sections of floor seats, often encompassing dozens of rows. In small stadiums, these seats are almost as prized as ringside seats because they are also close to the action of the fight, affording great views of the ring. However, they suffer similar disadvantages to ringside seats, in that they are not tiered and thus may require spectators to stand. Additionally, if floor seats are farther away from the ring in a larger stadium, views of the ring may be even more obscured by the distance, as well as the heads of other spectators. As floor seats tend to be only slightly less expensive than ringside seats, often ranging in the hundreds of dollars, some fans may actually consider them less-appealing seats than seats in the tiered sections.

Behind the floor seats, the next section in a boxing stadium is the first section of tiered seating. These seats are traditional stadium-style seats, which rise upward in tiered rows. Though these seats are farther away from the ring than floor or ringside seats, they have a number of advantages. Firstly, their elevated position gives spectators a good view of the fight from above, and the tiered system means that fans will not have to worry about those in front of them blocking their view. Additionally, in bigger, oval-shaped stadiums, some first tier seats may actually be closer to the action than floor seats, as the long sides of the stadium will have fewer rows of floor seats in front of the first tier. A final advantage is that first tier seats tend to be slightly cheaper than floor and ringside seats, often averaging around $100 to $210. Disadvantages of first tier seats include the fact that they are not as close to the ring as most floor seats. Additionally, first tier seats located at the corners of a stadium can have obstructed views due to the ring poles and a warped perspective.

Often referred to as the “nosebleeds,” second tier seats are the highest seats in larger boxing stadiums, and while they have the most disadvantages related to view, they have the greatest advantage in price, as for some events, they can cost as little as $50, and often come in at prices under $100. As a result of sitting so high, second tier seats often come with height distortions, resulting in the fighters looking very small and thus making it harder to see the details of the fight, such as glancing blows and subtler movements. However, this disadvantage is often rectified by the fact that most boxing stadiums have large screens that display the fight to fans seated higher up. 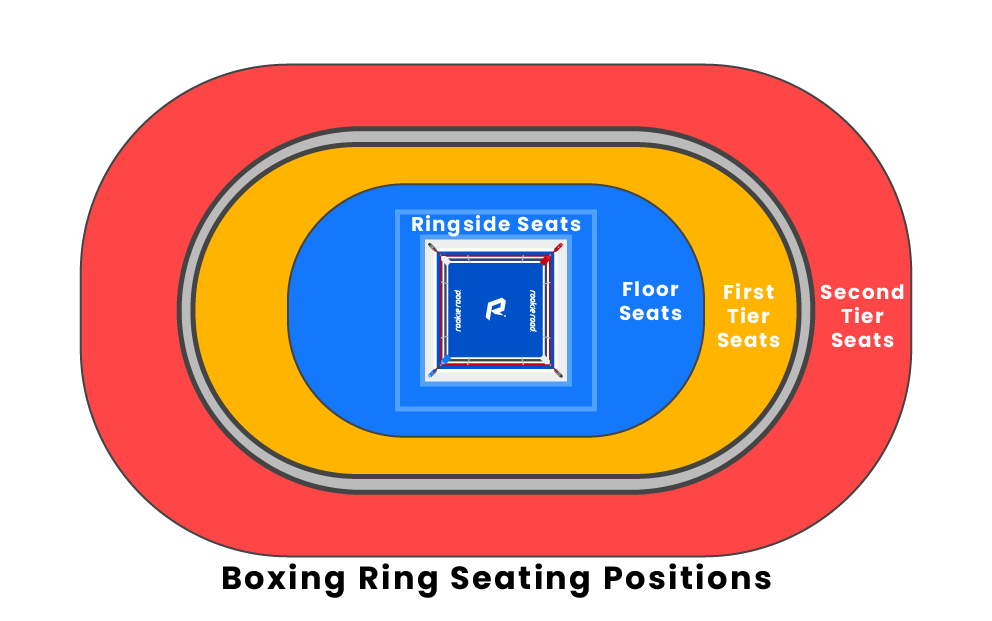 A final consideration that applies to all levels and tiers of boxing seats is one’s position in comparison to the ring. As most boxing stadiums are oval or circular in shape, while the ring is square, certain angles in the stadium afford better views than others. In general, the best angle to view a boxing match from any tier of seating is from the center, directly parallel to one of the four sides of the ring. These views offer the least obstructed or warped views of a fight. As seats get closer to the corners of the ring, one’s view of the fight is often more distorted, and angles can become warped. Finally, if one is seated directly facing one corner of the ring, it is possible that the poles which hold up the ropes of the ring may obstruct one’s view of the fight from certain angles.

There are a number of options available for boxing fans whose goal is to find affordable and well-situated seats in a boxing stadium. When considering one’s view of the fight, the best seats in the stadium are definitely the first few ringside rows, but these come with a high price point. Nosebleed seats are the cheapest by far, but they often come with worse views of the actual fight. For a fan of boxing who wants to avoid the exorbitant prices of floor or ringside seats but still wants a good view of the action, a first tier seat that is parallel to one side of the ring is undoubtedly the best overall seat one can find.

Pages Related to What Are The Best Seats At A Boxing Match?