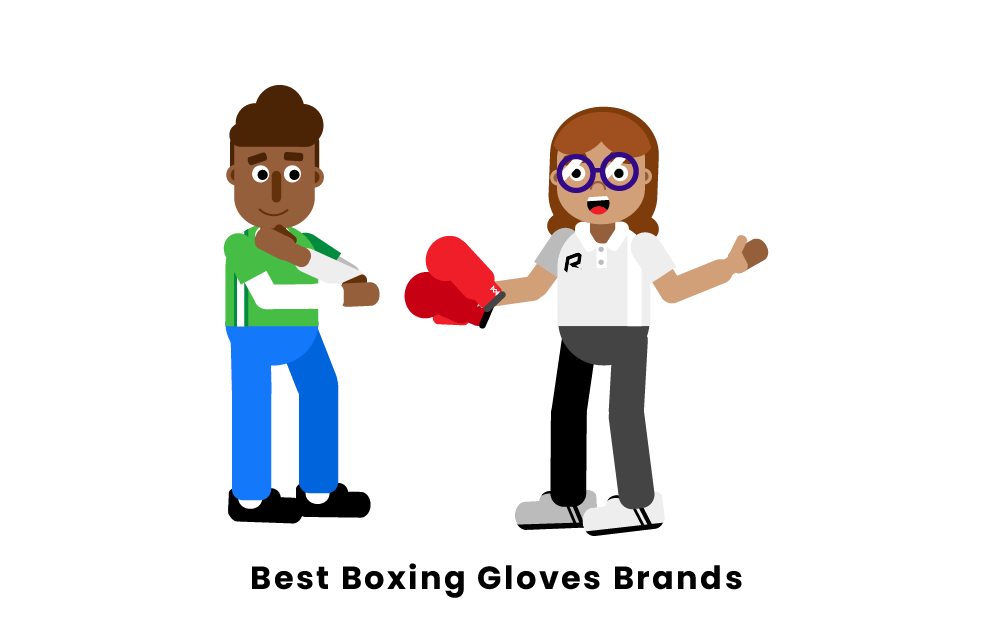 What are the most popular boxing gloves brands?

Everlast is an American fitness brand that specializes in boxing and mixed martial arts. Founded in the Bronx, New York, in 1910, the company quickly became one of the most recognizable boxing brands after making a durable headgear upon the request of future world Heavyweight Champion Jack Dempsey. The brand also sponsored several other boxers, notably Roberto Durán, Joe Frazier, Marvin Hagler, Larry Holmes, Sugar Ray Leonard, and even Muhammad Ali, making the brand even more visible to the public.

Everlast currently manufactures various products, including boxing gloves, protective gear, punching bags, boxing rings, and even a clothing line. Everlast is most known for its boxing equipment but has also received the World MMA Award for Best Technical Equipment five times, cementing its place as a high-quality retailer of martial arts equipment.

Everlast currently sponsors 17 athletes, including Deontay Wilder -- the only American to earn an Olympic medal in boxing -- rising star Taylah Robertson, and Mikaela Mayer -- Olympian, Golden Gloves recipient, and US National Champion, among others.

Venum was founded in 2006 in Paris, France. Despite the company's youth, it has quickly become one of the most popular brands for boxing gloves and other types of combat sports. In 2021, Venum became the official outfitting partner of the UFC (Ultimate Fighting Championship).

Venum sponsors several athletes, including boxers, mixed martial artists, and even wrestlers. Some notable boxers on the roster are Jorge Linares and Vasyl Lomachenko, both of whom are world champions in three different weight classes.

Venum sells a variety of equipment, from boxing gloves to kimonos. Venum notably sells highly specialized gloves and equipment for athletes at every level. Their partnership with the UFC allows Venum to sell officially licensed UFC equipment and apparel. Venum also shows its youth and edginess as a brand via its current collaboration with Assassin's Creed, a popular video game title. There are both apparel and boxing gloves based on the video game’s series available for purchase on Venum’s website.

TITLE Boxing was founded in 1998 and specialized in boxing gloves and other related equipment. In 2007, the brand expanded to Mixed Martial Arts. TITLE Boxing is a popular brand for all combat sports. The company also supports several charitable, boxing-related organizations, including Rock Steady Boxing, the Rose Lowenstein Foundation, the Sugar Ray Leonard Foundation, Team Mickey Ward Charities, and the Susan G. Komen Foundation. The TITLE Boxing Club franchise is under the TITLE boxing umbrella as well, and there are locations all over the United States that teach both boxing and kickboxing classes.

TITLE Boxing sells a variety of equipment and apparel, including boxing gloves. The company also sells officially licensed goods and apparel in collaboration with many boxers who have made notable contributions to the sport, such as Muhammad Ali and Oscar de la Hoya. These collaborators are referred to as “TITLE Legacy Fighters.”

Founded in 1976 and based in Oklahoma City, Century has become a globally known brand for martial arts equipment, including boxing gloves. Century became an official partner of the UFC in 2006. The brand has also collaborated with MMA coaches Greg Jackson and Mike Jackson, Jiu-Jitsu competitor Ricardo Liborio, and Team Paul Mitchell--one of the highest level karate teams in the world. Century has also worked with a number of other brands, organizations, and individuals, such as Adidas, IMMAF (International Mixed Martial Arts Federation), and many individual combat sport and martial arts competitors.

Century is known as an innovator that self-tests their equipment, as most headquartered employees are practicing combat sport athletes and martial artists themselves. Century has been at the forefront of creating new training equipment. Some of their items have been featured on tv shows and on the big screen, including The Office, Deadpool, Parks and Rec, and Elementary, among others. As far as boxing gloves go, Century has a variety of options at different price points, so it’s a good place to look for new boxing gloves, no matter your skill level.

Hayabusa (hi-ya-boo-sa) was founded in 2006 and initially only offered three fundamental products, one of which was boxing gloves. The company is currently headquartered in Kingston, Ontario, Canada, but distributes products out of Las Vegas. Hayabusa is especially known for its production of extremely high-quality boxing gloves. They are marketed as providing “maximum support to the hands and wrists.” Hayabusa boxing gloves are a popular choice for both professional fighters and amateurs.

Hayabusa currently sponsors 20 individuals, from amateur boxer Kaitlyn Clark to a number of coaches, personal trainers, and even stunt doubles. Hayabusa gloves can be more expensive than some other brands, but they are known for their elite-level performance and quality. Hayabusa is currently collaborating with Marvel for a boxing glove line that features special models of superhero-themed gloves, including characters like Venom, Thor, Hulk, Black Panther, Black Widow, and Captain America.

Sanubal is one of the youngest boxing glove brands, founded in 2014, but has already gained popularity in both professional and amateur circles. Sanubal sponsors a mix of boxers, coaches, UFC, and MMA fighters, including Olympic boxing medalist Tony Jeffries.

The brand is known for its commitment to environmental sustainability, diversity, human rights via its refusal to use sweatshop labor and community fund that provides grants to local organizations that encourage kids and adults to be more active. In honor of its acknowledgment of diversity, Sanubal sells equipment, apparel, and boxing gloves in a variety of colors, from classic patterns to pastels and even tie-dye. Sanubal even has NASA and Star Wars-inspired gear showing their goal of selling equipment that allows athletes to express themselves.