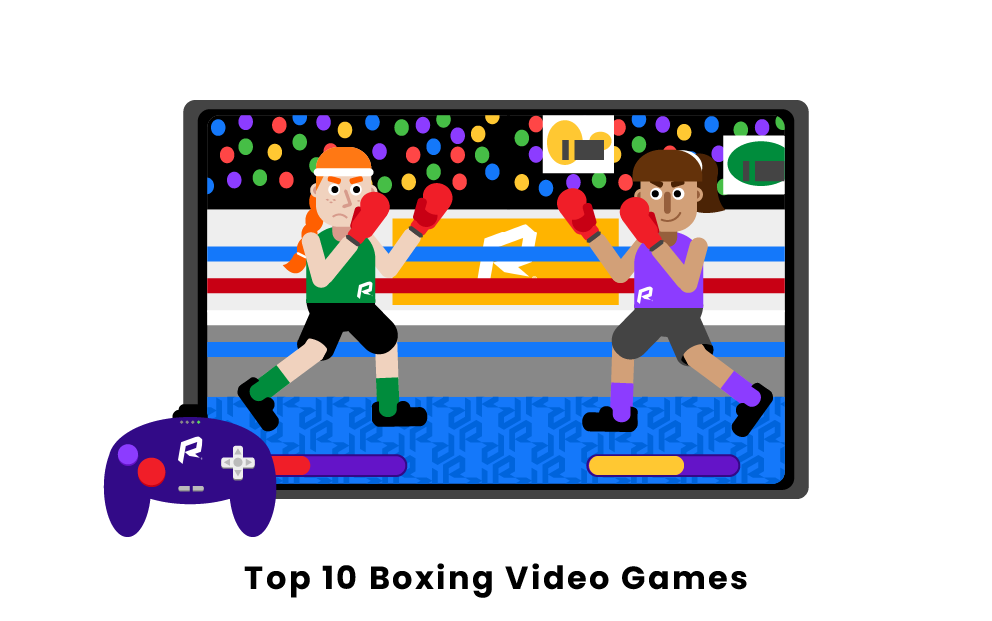 What are the most popular Boxing video games?

Mike Tyson's Punch Out is easily the most legendary game in the history of boxing video games. This game was featured on the Nintendo Entertainment System of NES platform and came out in 1987. Fans praise this game because of how addicting it was back then and still is to this day. Although the graphics are dated, nothing beats the sounds and nostalgia look of this game. Punch Out set the tone for many boxing video games to come along with the format of working to beat the very best at the end of the game. Fans also love the memorable combination moves to insert into the game and the cool special attacks featured as well.

Fight Night Round 4 was developed by EA Sports, is the sequel to Fight Night Round 3, and was released in June of 2009. This game is praised by many for its amazing graphics, easy controls, and a wide variety of an amazing selection of boxers for players to choose from. This Fight Night game also felt the most realistic out of all versions in the series because of how it made players have to think more strategically about their moves. Players also loved how the game offers a wide range of combinations to take down their opponents as well as the overall competitiveness of the game. This was game also very motivating because of how the game made sure no match was truly won until the very end.

Punch Out!! was another version of Mike Tyson's Punch Out that was released on the Wii in May of 2009. This game was created by Next Level Games and is the fifth game added to the overall Punch Out!! series. The graphics in this game are next level compared to the original and also brought in a much more entertaining aspect to the game with a nice balance of competitiveness as well. The competitors in this game are filled with very different types of personalities which make the game feel fun and less stressful than others. Overall this game was a great addition to the legendary Punch Out series.

Fight Night Round 3 was released in February of 2006 and was developed by Electronic Sports. This game was offered on Xbox, Xbox 360, Playstation Portable, and Playstation 2. Fight Night Round 3 also earned the BAFTA Games Award for Sports, and the GAMES 100 Best New Sports Game (Electronic) award as well. This game is a fan favorite because the graphics were improved significantly in this game and also created much more fluid movements for characters to perform which pleased many of the dedicated players. The realistic feeling this game provided also made it a hit with fans because of how incredible the authentic feeling of being a competitive boxer felt to them.

Knockout Kings 2000 offered a wide array of options to fans who loved the previous versions of this game. For instance, exhibition matches, slugfests, and career modes were all offered within this game to help portray the authentic real life experience to players. This game also featured very well known rivalries between famous boxers like Ali-Frazier and Duran-Camacho. Players love that they have a chance to try and change boxing history while competing as one of these legendary boxers. The graphics in this game are out of this world and fans love how you must stick to your characters weight class in order to promote a fair fight between players. Overall this is a great classic game which was an amazing addition to an iconic series.

Rocky is a boxing video game centered around arguably one of the most famous fictional boxing franchises in the world. Rocky came out in October of 2002 and emerged on the platforms GameCube, PlayStation 2, Game Boy Advance, and Xbox. Fans of the Rocky movie are also fans of this video game because it allows fans to play through their favorite movies. The graphics in this game are fantastic along with the easy controls for players to move through each event during the game. Rocky also features more of a funny and entertaining feel throughout this game rather than a competitive feeling, which is a nice switch up.

7. Ready to Rumble Boxing: Round 2

Ready to Rumble Boxing: Round 2 is a much more light hearted game compared to the other boxing games in the past few years. This game was released in October of 2000, published by Midway Games, and was available on PlayStation 2, Nintendo 64, Dreamcast, Game Boy Advance, and DOS. This game is comparable to the Punch Out series and the Rocky game as well. Throughout this game there were many hidden characters to be found such as Michael Jackson which added an exciting extra element to the game. Fans loved this game because they could turn to it when wanting to play something for fun rather than compete against each other.

Victorious Boxers: Ippo's Road to Glory debuted in December of the year 2000, was developed by New Corporation, and was available on the PlayStation 2 platform. Fans appreciate this game because it gives a much less realistic feeling than others meaning it could be taken less seriously than others. The cartoon graphics in the movie are also quite charming and add an extra element of fun to the game. The story in this game follows Japanese Manga with amazing controls as well. This game is also better played as a one player game rather than two because the competition against the "villains" of the game are difficult on their own.

Evander Holyfield's Real Deal Boxing was released in 1992 was developed by Sega, Malibu Interactive, Appaloosa Interactive, and was available on Sega Genesis and Game Gear. Fans love this game because of the realistic boxing feel that it provides them while playing the game. Players are given the opportunity to duck in the ring along with practice training more to increase their skill. The controls in this game are almost as spectacular as their graphics as well. This game is also very impressive because of how well the game was developed in 1992. The controls in this game were also extremely ahead of their time as well, and continued to bring fans back to it even today.

Foes of Ali was developed by Gray Matter Studios in 1995 and was available only on 3DO Interactive Multiplayer. Foes of Ali introduced a new set of controls for fans of boxing games. The graphics in this game were incredible and so were the real life professional boxers that were integrated into this game. The way the characters moved was incredible and extremely impressive for the time period that it was released. This game was extremely competitive as well which is why players are such big fans of this game as well. Overall, Foes of Ali was an amazing competitive game and has stayed a fan favorite for many years.