A round is the time in a boxing match in which boxers are actively competing and being scored by a panel of judges. A predetermined number of rounds will constitute the contest (otherwise known as the fight or bout). There is a system of bells used to designate when a round begins and ends. The beginning of the round is signified by ringing a bell a single time, while the end of the round is concluded with three bells. Additionally, many timers will warn the boxers when the end of a round is approaching by knocking on the timing table positioned ringside. This warning often comes at thirty seconds remaining, but sometimes comes at ten seconds. Continuing a contest (hitting the opposing boxer) before the start bell or after the end bell, can result in a score reduction or even immediate disqualification of the offending boxer.

A fun bit - the term "saved by the bell" comes from boxing. You see this literally happen when one boxer is being pummeled and is nearly knocked down or knocked out, but then the bell signifies the end of the round before those events can happen, allowing the fighter to continue into the next round. 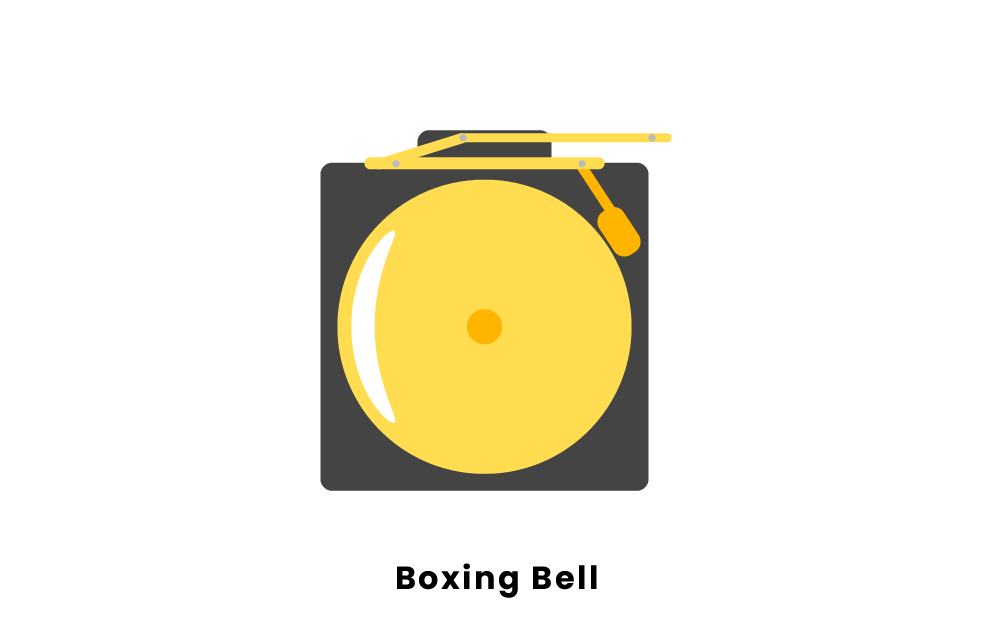 Each round proceeds for a predetermined amount of time, and between each round there are timed rests in which boxers are allowed to recuperate before the beginning of the next round. This is a crucial time for the boxer to manage cuts and bleeding, breathe, rehydrate, and receive critical feedback and strategy adjustments from their coach. If the boxer fails to return to the ring immediately at the start of the round following a rest, the boxer will be disqualified via TKO (technical knockout).

Rests can also be utilized by ringside doctors to assess the physical or mental health of an individual boxer. In some cases, a boxer may begin to show extreme signs of fatigue or head injury during a round but may still complete that round. During the rest, the doctor can examine the condition of the boxer, ultimately determining their ability to continue competing. Though not a common occurrence, some boxing organizations allow the doctor to continue medical examination past the duration of the rest without immediately disqualifying the boxer that is being examined.

How Long Are Rounds?

The length of a round does not often vary within a single match. A round will never be extended but can be shortened by a referee stoppage. Stoppages before the end of the round will most often signify that the fight is over, due to one contender being unable to continue or technical disqualification. However, if a referee were to determine that there was a flaw in the flooring of the ring, for example, the referee may stop the round and delay the match until the ring is properly. Ideally, a fight never stops mid-round unless one fighter is unable to continue and the other fighter is declared the winner.

The length of rounds and rests will vary greatly on a number of conditions, namely the following: age, gender, organization, skill level, and intention. For younger children just starting their careers, rounds may be as short as one minute, while seasoned professionals most often compete for full three-minute rounds. Rest periods, unlike rounds, are much more standardized with nearly every age bracket, organization, gender, and skill level using one-minute rests.

Intercontinental and world title fights consist of 12 rounds for males and 10 rounds for females by standard, i.e., World Boxing Organization Heavyweight Champion of the World).

International title bouts are different from intercontinental in that international bouts are held by boxing organizations with member countries in only one continent, i.e., North American Boxing Association Welterweight Champion