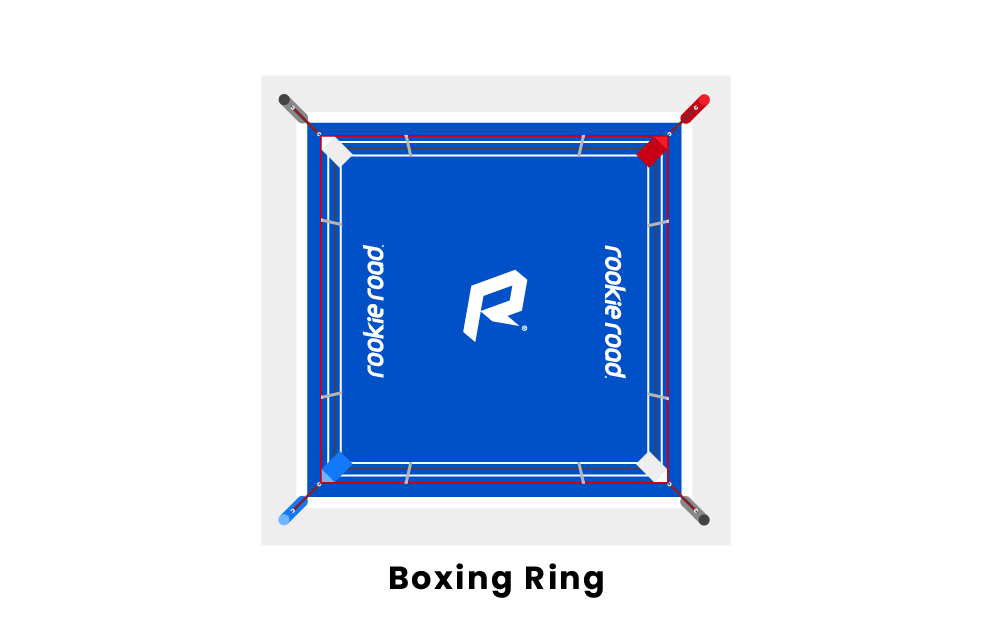 The ring is a 16-20 foot square enclosed by four ropes connected to corner posts via turnbuckles. Its size varies from organization to organization, but does not change much between age divisions, genders, or skill level. A ring is typically set up by setting a roughly four-foot-tall wooden frame and lining the top with some sort of foam padding. The top of the ring is then covered with a stretched leather canvas. Training rings are often also considerably smaller, and some are even as small as eight feet by eight feet. These smaller rings are great for forcing boxers into contact, making out-fighters in particular work very hard to use their defense.

The term ring comes from the origins of boxing when there used to be a circle drawn out on the ground to mark the bounds of the contest. Today, the ring, sometimes called the squared circle, is a raised platform where boxers compete. In the common professional fight, the boxing ring is a square shape raised three to four feet above ground level, enclosed by four posts connected by turnbuckles attached to ropes. The ring’s flooring consists of a raised platform constructed from wood and metal, topped with padding and finally covered with stretched canvas.

In some rings set up in training gyms, the dimensions can be restricted to as little as eight by eight. This is used to force boxers to be prepared for more combat and is especially useful in training for endurance.

In all rings, four ropes enclose the area. These ropes are connected to the corner posts via turnbuckle and are placed at incremental heights starting at 18 inches from the top of the platform with a twelve inch spacing between. This means ropes are placed at 18, 30, 42, and 54 inches. Each rope is approximately one inch in diameter. 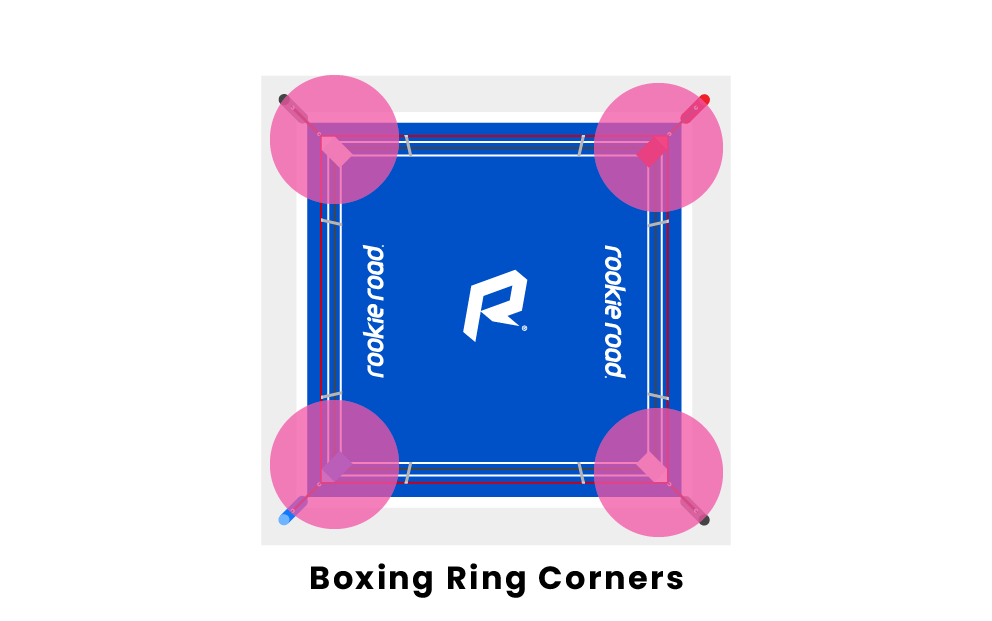 Though each of the corners connects the ropes to the posts, the turnbuckles themselves are covered with a triangular shaped pad that fits into the corner and is connected to the ropes. The dimensions for the pad are 48” x 6” x 6” x 8”, where the pad does not touch the canvas and the eight-inch side is the one the fighter can touch when backed into the corner.

The boxing ring corners have assignments. Each fighter is assigned a corner and there are two designated “neutral” corners.

The fighter’s corners, depicted by red and blue posts, are the corners that boxers are to enter and exit the ring from. This is also where a boxer will rest between rounds.

Depicted by black posts, neutral corners are used in the event that one boxer is knocked down, receives a standing eight-count or is knocked out. When a referee breaks the fighters up, he will instruct the non-afflicted boxer to stand in a neutral corner. This allows the stunned boxer to attempt a recovery without interference from the opponent, and it also prevents the scoring boxer from receiving in-depth coaching mid-round. 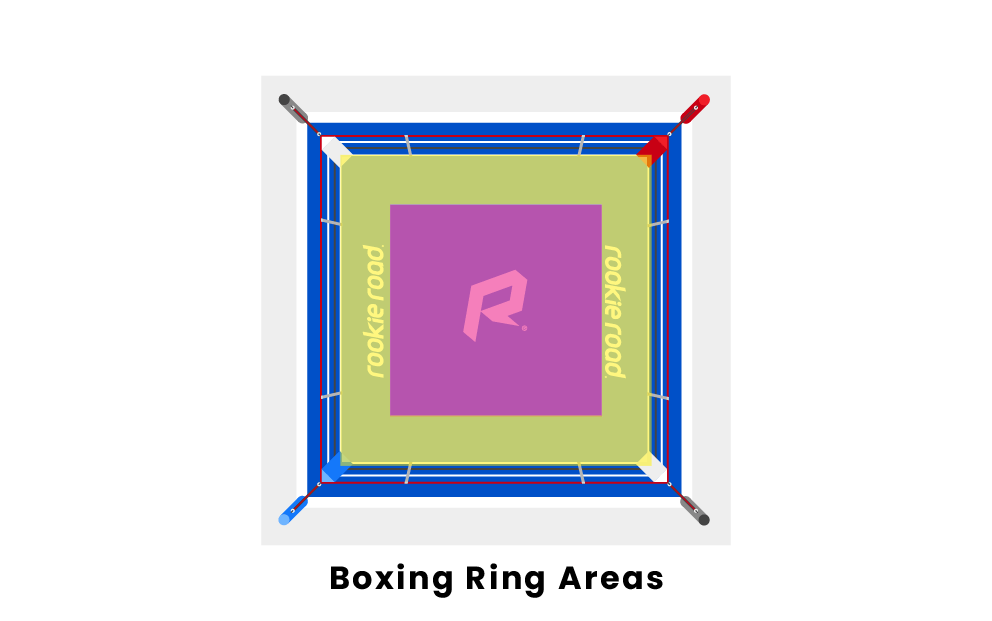 The red fighter would be the inside fighter, thus occupying the inside of the ring. Conversely, the blue fighter would be the outside fighter, spending the majority of their time close to the ropes. It should be noted that outside fighters will pivot into the center of the ring to avoid being pinned on the ropes in a corner, but will not often spend much time in the center. This is especially true when practicing the stick-and-go technique.