SportsSporting EventsGamesActivitiesBoxingHow Does Boxing Betting Work?How Long Is A Boxing Match?How Much Do Boxing Tickets Cost?How Much Does A Boxer Make?Muhammad Ali vs Joe Frazier Boxing RivalryTop 10 Boxing BrandsTop 10 Boxing MoviesTop 10 Boxing Rivalries of All TimeTop 10 Boxing Video GamesTop 5 Boxing BooksTop 6 Best Men's Heavyweight Boxers of All TimeWhat Are The Best Seats At A Boxing Match?What is Boxing?BoxersBoxing 101Boxing EquipmentBoxing RulesBoxing Basic Rules For KidsBoxing RoundsBoxing Rules And RegulationsBoxing TitlesBoxing Weigh InsCan You Turn Your Back In Boxing?How Does Scoring Work In Boxing?What are the rules of boxing?Boxing Training
Home>Sports>Boxing>Boxing Rules
PreviousNext

How Does Scoring Work In Boxing? 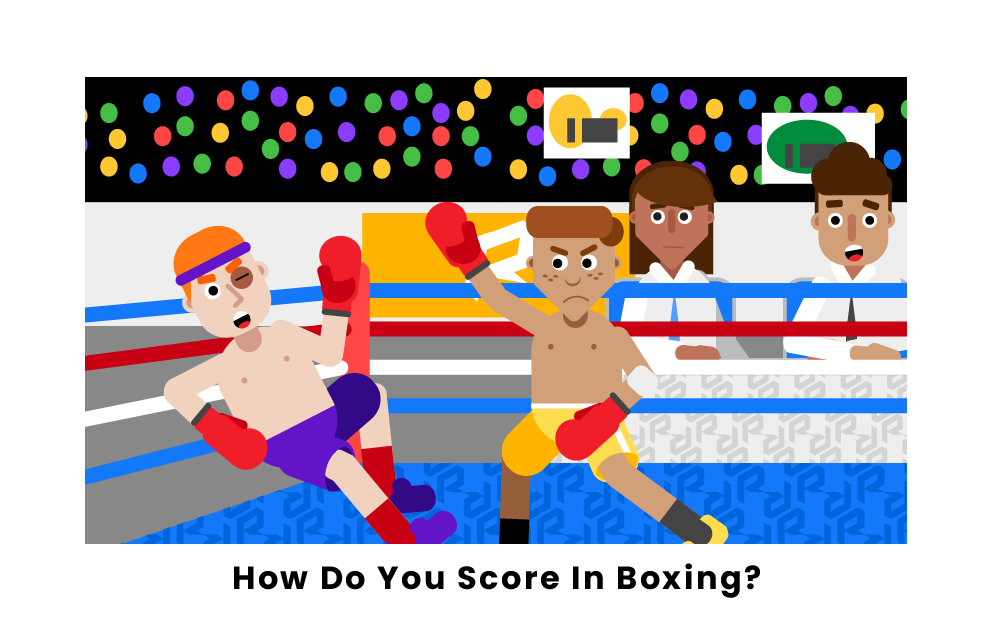 In boxing, rounds are scored by judges. In Olympic scoring, five judges score based on punches, electronically registering each punch. In US Professional Scoring, three judges score each round, usually giving ten points to the winner and nine to the loser, with 10-10 for a tie.

Boxing does not have one singular international ruling body, and thus, multiple kinds of boxing and boxing scoring exist across the world. Over the years, two main kinds of scoring have been used in professional boxing rings. The Olympic method of scoring by punches was used in the Olympic Games prior to 2016, as well as for some other amateur boxing events. The round scoring system is used in professional boxing organizations such as the World Boxing Association (WBA), World Boxing Organization (WBO), and has also been used at the Olympics since 2016.

Scoring in professional boxing, such as in WBO, WBA, and WBC bouts, is based on the number of rounds won by each fighter. Most fights go for twelve rounds. A group of three ringside judges scores each round, scoring each round on a scale of ten before choosing an ultimate winner and loser. Usually, the winner is awarded ten points, while the loser is awarded nine points. If the judges believe the round to be a tie, they will score it 10-10, while if they believe one boxer dominantly controlled the entire round, they may score it 10-8. Knockdowns can also change the score. If the losing fighter is knocked down once in a round, the score will be 10-8, while twice makes it 10-7, and so on. Knockdowns by both fighters in the same round will usually cancel out, resulting in a 10-9 round in favor of the boxer the judges thought was better.

In professional scoring, points can be deducted from fighters for illegal hits, such as hits to the back of the head or below the belt, even if the fighter wins the round.

There are two types of Olympic boxing scoring, one of which was in use until the 2016 Games and a new system that has been used since then. Beginning in 2016, the scoring system for Olympic boxing changed to be more reminiscent of current professional scoring. Now, as with professional boxing, scores are calculated based on rounds, with each boxer receiving a score for their performance in that round on a 10-point scale. Since there are five judges, no Olympic boxing match can end in a draw.

In the old Olympic scoring system, scoring was based not on rounds but on punches landed. Five judges sitting ringside each had electronic buttons, and whenever the fighters landed a punch to their opponent’s head gear or midsection, the judges pressed their button to register the punch had landed. Punches to the arms, below the belt, or back of the head were not registered. In order for the punch to be officially counted, at least three out of the five judges had to press their buttons, registering a punch. At the end of the fight, which consisted of three rounds of three minutes each, the fighter with the most punches landed was declared the winner.

Knockouts are one of the most exciting ways to win a boxing match. If a boxer is knocked out by their opponent during a round, they lose the fight. This applies to both professional and amateur (Olympic) boxing. If the boxer is knocked down, they are given ten seconds to return to their feet and be ready to fight again. If the boxer is unable to regain their composure within those ten seconds, the referee will end the fight via knockout. If a referee or doctor deems that a fighter is unable to continue the fight due to injuries or safety reasons, they have the authority to stop the fight during live action, awarding the win to their opponent. This is known as a technical knockout (TKO).

How are points scored in boxing?

Points are scored in boxing by landing punches to the midsection or head of the opponent. In Olympic boxing, the number of punches landed is counted up and represents the boxer’s point total. In professional boxing, each round is scored by a panel of judges on a 10-point scale. The boxer that wins the round by landing the most punches wins the round with 10 points. The loser of the round will earn either 9 or fewer points, depending on how lopsided the round was. If the boxers tie the round, both score 10 points for a 10-10 tie.

How do you win a round in boxing?

The fighter who landed more punches or knocked down their opponent the most times wins a round in boxing. When you win a round, you get a score of 10. The opponent will either get 9 or 8 points, depending on how lopsided the match is.

How are knockdowns scored in boxing?

Pages Related to How Does Scoring Work In Boxing?