Boxing101ArticlesDrillsEquipmentGlossaryLearnPlayersQuestionsCan You Turn Your Back In Boxing?Do Boxers Get Paid If They Lose?Do Olympic Boxers Wear Headgear?How Do You Score In Boxing?How Does Boxing Betting Work?What Country Has The Most Olympic Boxing Medals?What are the rules of boxing?Why Do Boxers Hug?RulesSkillsStatisticsTipsTournaments
PreviousNext

Can You Turn Your Back In Boxing? 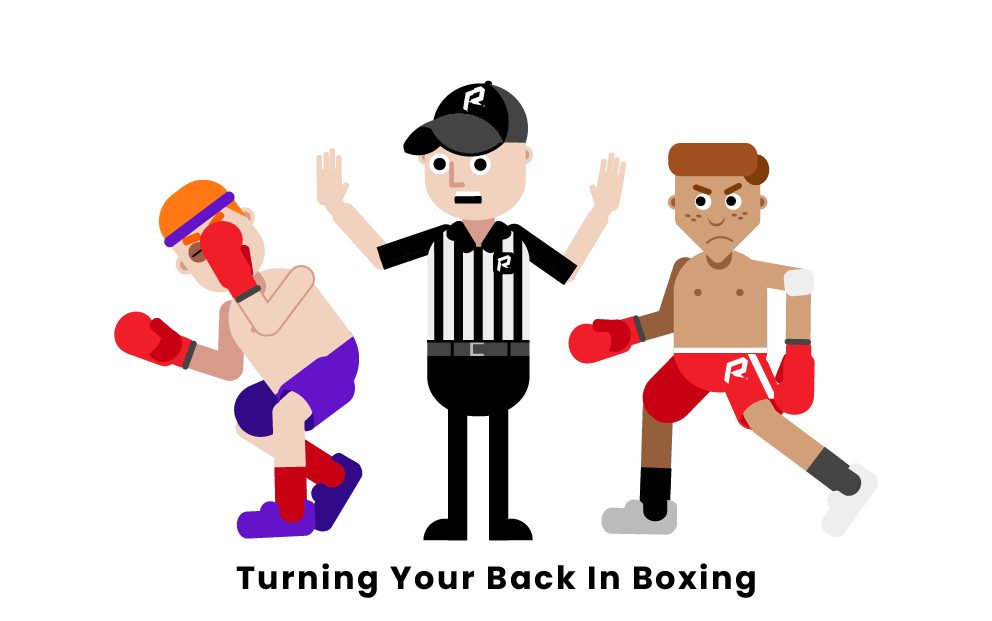 In boxing, you cannot turn your back on your opponent. It is illegal to "rabbit punch," which is a term that describes hitting your opponent in the back of the head or neck. Therefore, turning your back in a boxing match can lead to either a warning or disqualification as it is viewed as a strategy that abuses safety rules.

If a referee believes that a fighter is purposely turning his back as some type of strategy to gain an advantage, he will be issued a warning. If a fighter continues to turn their back purposefully they will eventually be disqualified. It is illegal to purposely shield yourself with your back because your opponent is also forbidden by the rules to strike in the back. These rules against turning your back and "rabbit punching" have been implemented to increase safety for fighters in boxing matches.

For these reasons, whether the action of turning your back to your opponent is purposeful or accidental, it can lead to the fighter being disqualified or a warning being issued.

Pages Related to Can You Turn Your Back In Boxing?