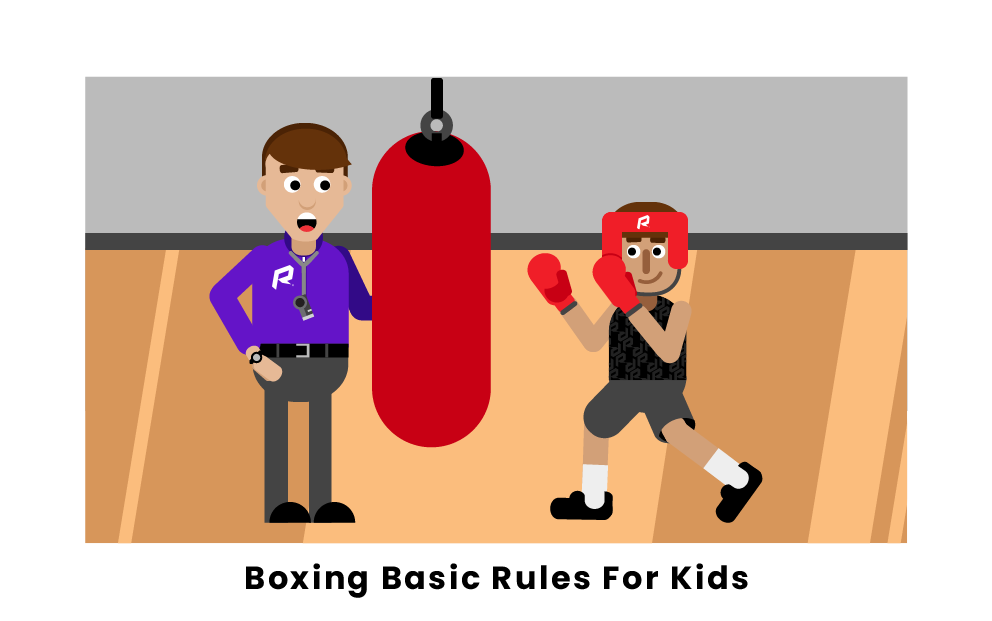 A boxing match has two people fighting against each other.

Boxing shorts are shorts that come to the waistline and stop above the knee.

The canvas is a term used to describe the ring in boxing.

"Boots" are shoes that prevent slipping on the canvas.

A mouthguard is worn to protect the teeth and jaw.

Boxing matches are divided into rounds.

Each round is three minutes, with a minute break in between.

Boxing is scored based on punches landed on the opponent.

Any punch on the front half of the body and above the belly button is legal.

There are four main types of boxing punches: jabs, crosses, hooks, and uppercuts.

Boxers have a team of people looking after them during the fight and in between rounds.