What Are The Bumpers In Bowling? 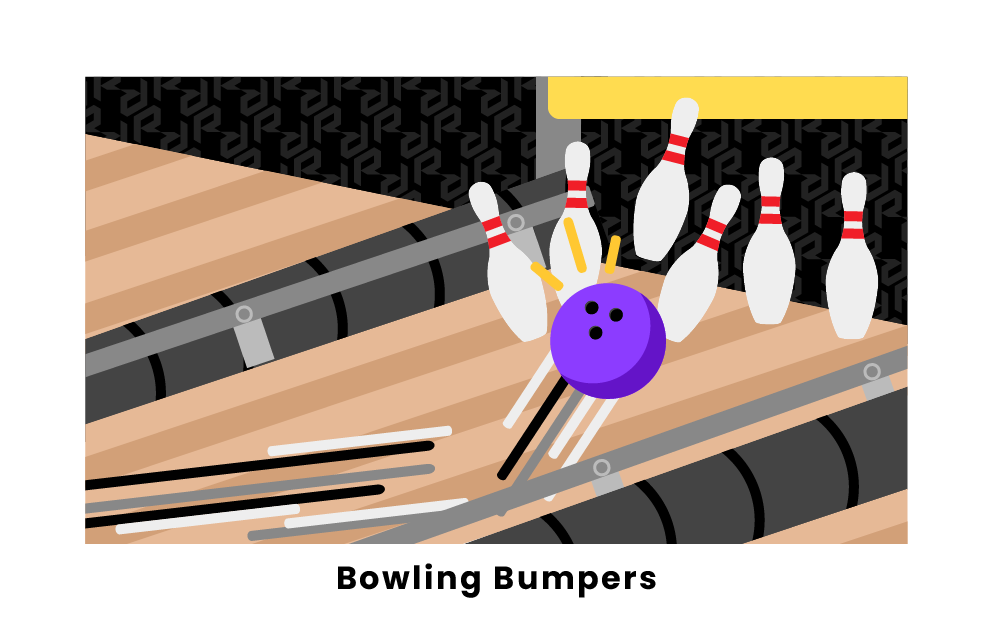 Those who have played bowling before (especially with young children) often know what the bumpers are in a bowling alley, but for those who do not, what exactly do bumpers do, and how do they work? Bumpers are an important tool that most modern bowling alleys have on every lane, and they serve an important purpose for bowlers who are newer at the sport and young children. Here, we will take a look at what bumpers are, how they are used, and when to use them. 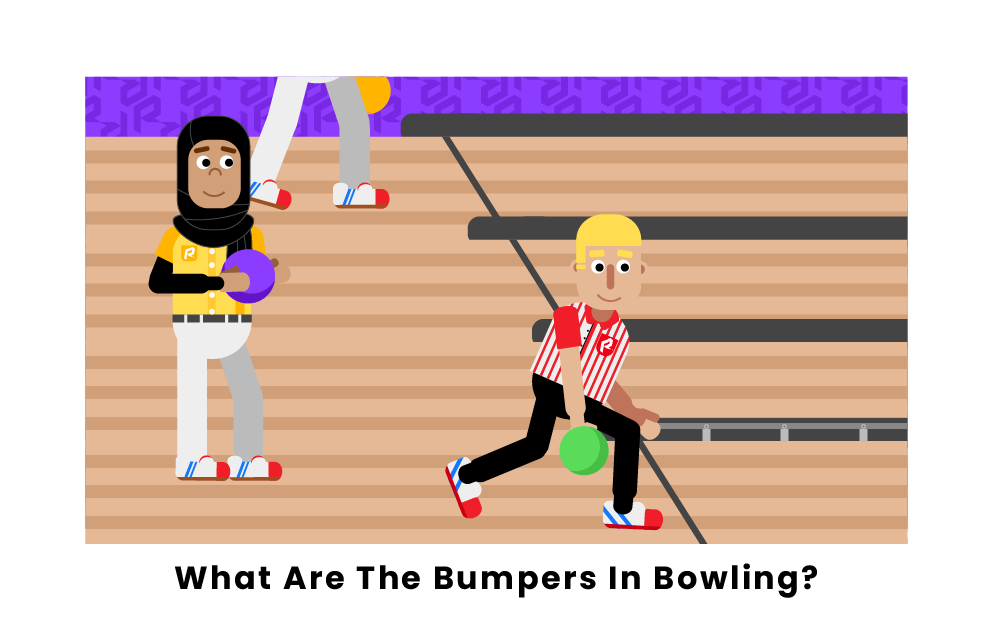 Bumpers are metal railings on the sides of a bowling lane that prevent the ball from going in the gutter. Bumpers are used to prevent balls from entering the gutters, which would result in a gutterball that does not knock down any pins, thus scoring no points.

What Are The Bumpers in Bowling Used For?

The function of bumpers in a bowling alley is very simple. Bumpers are used to block the gutters of a bowling lane so that a bowling ball cannot be rolled into the gutters, which will result in a gutter ball that doesn’t knock over any pins. The bumpers are raised and made of metal, so they can keep almost any bowling ball correctly on the lane and will not typically be knocked down by a ball. Most bowlers, even young children, try not to hit the bumpers when bowling, but sometimes bowlers do incorporate them into the game. The main function of these bumpers is to even out the game, allowing young children who may not be skilled enough to avoid the gutters to play bowling and have fun.

When To Use The Bumpers in Bowling

Most bowling alleys use their bumpers at the request of patrons playing with young children, but at the end of the day, bumpers can be requested by any group of bowlers, no matter their age. Some bowlers do not like to use bumpers, thinking that they make the game of bowling easier, but others see them as a valuable teaching tool, a way to help young bowlers learn how to improve their accuracy.

Bumpers can allow a child to focus more on rolling the ball straight because they will not have to worry about the ball going into the gutter. Removing this pressure allows novice bowlers to have fun and focus on improving their game, which may eventually give them enough confidence to play without bumpers altogether.

Can You Use Bumpers in Bowling Tournaments?

Typically, bumpers are disallowed in formal adult bowling tournaments and adult bowling leagues. This rule exists for two reasons. Firstly, bumpers make bowling inherently easier for anyone, including adults. Secondly, bumpers are disallowed in these formats because adults tend to roll the bowling balls much faster and harder than children do. Several hard strikes to the bumpers by an adult’s bowling ball could damage the bumpers, whereas softer rolls by young children will generally not harm them.

History of Bumpers in Bowling

Bumpers were first invented in 1982 by Phil Kinzer, the owner of Jupiter Lanes Bowling Center, a bowling alley in Dallas, Texas. Kinzer invented bumpers after watching his young son become very upset and frustrated by throwing numerous gutter balls. The boy was too young to manage the bowling balls with the accuracy of adults. Kinzer wanted bowling to be a fun sport for all ages, so he started out by blocking the gutters of his bowling lanes with cardboard tubes, which kept the balls from rolling into them.

After some time, bumpers caught on, and the cardboard tubes were replaced by inflatable tubes. However, when these tubes became too difficult for most bowling alleys to maintain, Kinzer patented and developed a new type of bumper.

The modern form of bumpers used in bowling alleys around the world was developed by Phil Kinzer and consists of two long, retractable metal railings embedded within the gutters of a bowling lane. These railings can be raised up from the gutter by a long metal rod that hooks onto them, pulling them up and locking them in place. Other bowling alleys have automated bumpers, which can be activated via the scoreboard console of each lane. When the bumpers are in place, it becomes impossible for a bowling ball to fall into the gutters.

Why do people use bumpers in bowling?

Bumpers on bowling lanes are designed to eliminate gutter balls by separating the lane from the gutter. Bowlers use bumpers when they are not confident they can keep the ball on the lane. They are great for younger children and people just trying bowling for the first few times.

Can adults use bumpers in bowling?

Bowlers of any age are typically allowed to use bumpers at a bowling alley. Bowling alleys aim to make the bowling experience the most enjoyable they can, and offering the use of bumpers helps bowlers who need them. However, bumpers are typically not available while in competitive play, as they provide a significant competitive advantage.

What are bowling bumpers made from?

The most common form of bumpers are a pair of metal rails that are embedded in the gutters, and can be lifted either manually or mechanically. However, some older bowling alleys do not use these bumpers, and instead use older kinds of bumpers, such as inflatable tubes or blockers made of materials like rubber or foam that fill the gutters instead of blocking them.

Pages Related to What Are The Bumpers In Bowling?