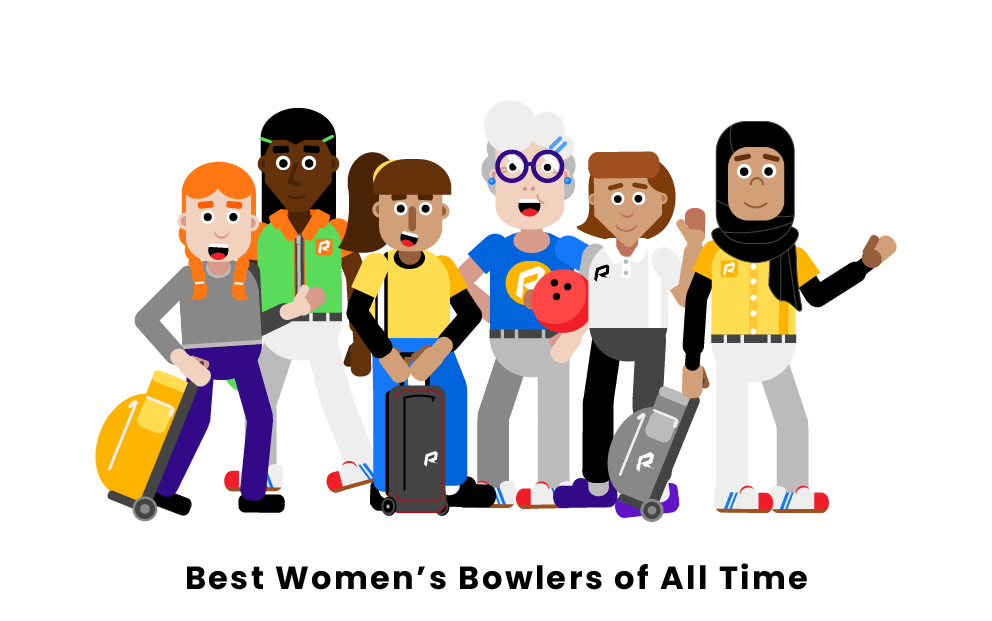 Professional women’s bowling consists of tournaments where the player must roll a ball (usually between 8 and 12 lbs) down a narrow lane to knock over as many of the ten pins as possible. A perfect game is 300 points. The Professional Women’s Bowling Association, now the United States Bowling Congress, oversees women’s pro bowling and features some of the best bowlers of all time.

Who are the best women’s bowlers of all time?

Lisa Wagner was born in 1961 and is a pro bowler from Bradenton, Florida. She was named Bowler of the Year four times by the Bowling Writers Association and has earned 32 titles from the PWBA. She was also Bowler of the Decade in the 1980s. In 1996, she was inducted into the Women’s Professional Bowling Hall of Fame after winning the Women’s International Bowling Congress Queens Tournament, where she bowled an impressive 25 strikes. In 2000, she became the winningest women’s bowler of all time with 32 titles. Lisa Wagner broke another record when she became the first woman to win over $100,000 in a season.

Aleta Still is a Detroit native and one of the most impressive bowlers of all time. She has earned 31 Professional Women’s Bowling Association (PWBA) Championships and is the first woman to win $1 million in bowling. She is one of two bowlers, men and women, to ever win the Triple Crown more than once. She has been inducted into eight bowling halls of fame, including the United States Bowling Congress and PWBA. She has been a bowling coach for nearly 30 years, and was voted one of the top 100 bowling coaches for 11 years straight by Bowler’s Journal.

Patty Costello was born in Washington D.C. and built her pro bowling career in the 1970s and 80s. Though she did not start bowling until she was 16, she trained hard and won the Columbia 300 Open in the 1970s. Since then, she has earned 25 professional titles, including four PWBA Players Championships and three wins in the US Open. Costello set the record for most titles won in a year, with seven. The Bowling Writer’s Association of America named her the Female Bowler of the Year in 1972 and 1976. In 1989, she was honored at the USBC Hall of Fame.

Robin Romeo won 17 professional titles in her two-decade Professional Women’s Bowler’s Association career. She was also the first woman to win a championship in both the US Open and Senior US Open. She set multiple records by qualifying for 77 consecutive tournaments and winning money at 80. In 1980, she was voted Women’s Bowler of the Year by the Bowling Writer’s Association of America.

Leanne Barrette-Hulsenberg was born in 1967 in California and became a pro bowler at age 19. She is famous for her career in the Professional Women’s Bowling Association and for winning 27 PWBA titles. She is a two-time winner of the PWBA Player of the Year award (1990, 1991). Hulsenberg was inducted into the USBC Hall of Fame in 2008 and the PWBA Hall of Fame in 2019. She also won two Robby Awards from the PWBA for sportsmanship and professionalism. Hulsenberg is one of only four women to ever win more than $1 million on a PWBA Tour.

Donna “Mighty Mite” Adamek was born in 1957 in Duarte, California. By age 10, she was bowling over 200-point games. At age 19, she went pro and has since won 19 titles in her 16-year professional bowling career. Adamek was named Woman Bowler of the Year four times and won five major titles, including the Women’s Open in 1978 and 1981. She also won the WIBC Queens in 1979 and 1980. Adamek competed in doubles with partner Nikki Gianulis and won the WIBC title in 1980.

Though she is now retired, Tish Johnson was one of the great women’s bowlers of the 1980s and 90s. Her first major splash was in 1982 when she won the Miami Open and won 20 more standard titles between then and 2002. During that same period, Johnson also won four major PWBA titles and was named PWBA Player of the year in 1992 and 1995. With 25 total titles, she is tied for fourth for the most all-time professional titles by a female bowler. In 1998, Tish Johnson was inducted into the PWBA Hall of Fame and remains a bowling legend to this day.

Three-time major title winner Kim Terrell-Kearney is currently the coach of the North Carolina A&T bowling team. At the top of her form in the early 2000s, she won the US Open in 2001 and 2008. Terrell-Kearney won 10 professional titles over the course of her career and was inducted into the USBC Hall of Fame in 2010. More recently, the Professional Women's Bowling Association inducted her into its Hall of Fame in 2022. She made history by becoming the first woman to coach an all-female PBA team, the Phoenix Fury. The team also made history by becoming the first all-female team to win a championship.

Who is the greatest women’s bowler of all time?

Lisa Wagner is the greatest women’s bowler of all time because she holds the record for most career victories of any PWBA Tour, with 32 titles won. After winning the prestigious Women's Open in 1988 and WIBC Queens in 1996, she became the first woman ever to earn over $100,000 in bowling victories. Wagner was then crowned 1980s Bowler of the Decade by two major bowling publications.

Who has won the most PWBA Bowling Tours?

With 32 PWBA titles, Lisa Wagner is the indisputable champ for the most PWBA Bowling Tours wins. She won six of these titles during her legendary 1988 season. That same year, she went on to win the US Women’s Open and three out of four events of the summer swing. The PWBA considers Lisa Wagner’s 1988 career as the second-best women’s bowling season of all time. Patty Costello comes in at a close second, with 25 PWBA professional titles.

What female bowler has bowled the most perfect games in a championship round?

Liz Johnson holds the record for the most perfect games bowled in a women’s championship round. With two, she is the first bowler in PWBA history to bowl more than one 300-point game in a championship round. There have been only five perfect games in PWBA championship history. Johnson’s most recent perfect score was in May 2021 at the PWBA Lincoln Open. She is now tied for fourth place in the most all-time titles, with 25, alongside Patty Costello and Tish Johnson.

Pages Related to Top 6 Best Women's Bowlers of All Time