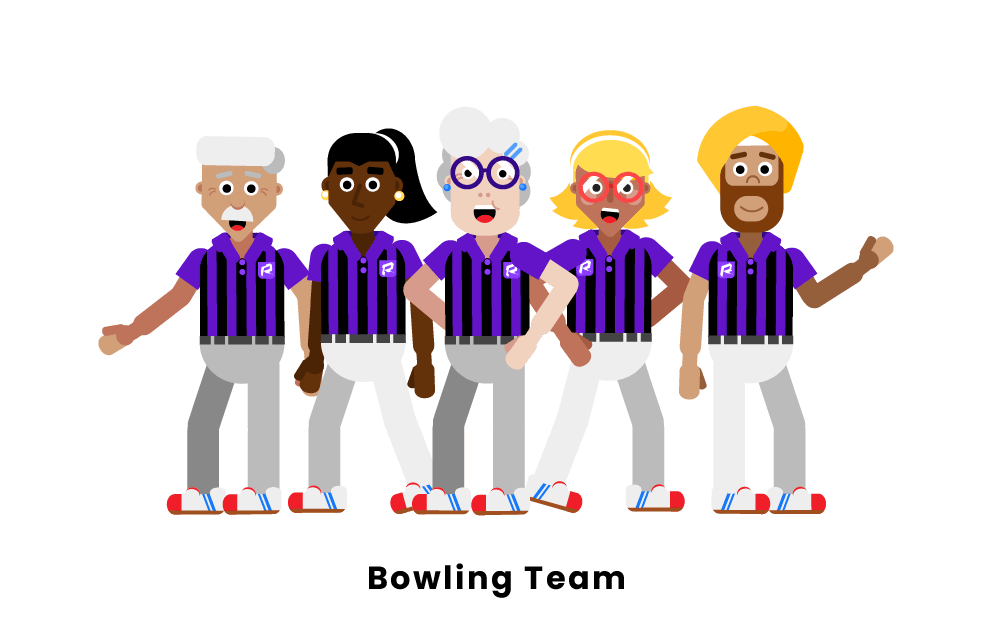 Team bowling involves a group of players that compete on the same team against another group, with the team that achieves the highest cumulative score declared the winner of the match. Keep reading to learn about each position on a bowling team, along with their roles and responsibilities.

Positions on a Bowling Team

Here is a list of positions on a bowling team, along with their responsibilities:

How Many People are on a Bowling Team?

While bowling teams can consist of anywhere from three to five players, the standard for competitive team bowling is five players. Teams try to make the best use of each player’s individual skill sets by creating a “lineup” that dictates the order in which players will take their turns (first, second, third, fourth, or fifth).

The order of players is the order in which each one bowls. The order is often determined by the player’s average score, a statistically calculated score that takes into account all of the player’s past performances in order to arrive at a number that is indicative of the score the bowler can be expected to achieve on a night-to-night basis.

Each bowling position has slightly different responsibilities. The first bowler is responsible for getting their team started with good momentum and scores. The second and third bowlers are generally a bowling team’s weakest members. The fourth bowler is responsible for continuing the team’s success or making up for the mishaps of the previous three bowlers. The fifth bowler is the best player of the team and is fully expected to end the frame on a high note by knocking down each of the pins with ease on the first shot.

How many players are on a bowling team?

The standard competitive bowling team is made up of five players. This is a maximum number set by the United States Bowling Congress and each of the five players comes with their own set of roles and responsibilities. Recreationally, bowling teams are usually between three and five players.

What is an anchor in bowling?

An anchor in bowling is the bowler on the team that bowls last in the rotation. As they are responsible for equalizing the mistakes of their teammates, the anchor is typically the bowler with the highest bowling average and the best performance under pressure. Regardless of the number of bowlers on a team, the anchor always bowls last, with weaker bowlers slotted into the middle of the rotation.

What are the positions on a bowling team?

There are four unique positions on a standard bowling team. The first bowler is a “setter” who starts the game off strong. The second and third bowlers are typically weaker bowlers that try to keep the average score in a decent range. The fourth bowler is a “setup person” who is reliable for a spare or a strike. The fifth and final bowler is the star of the team and acts as an anchor by ending the team’s round with a very high score.