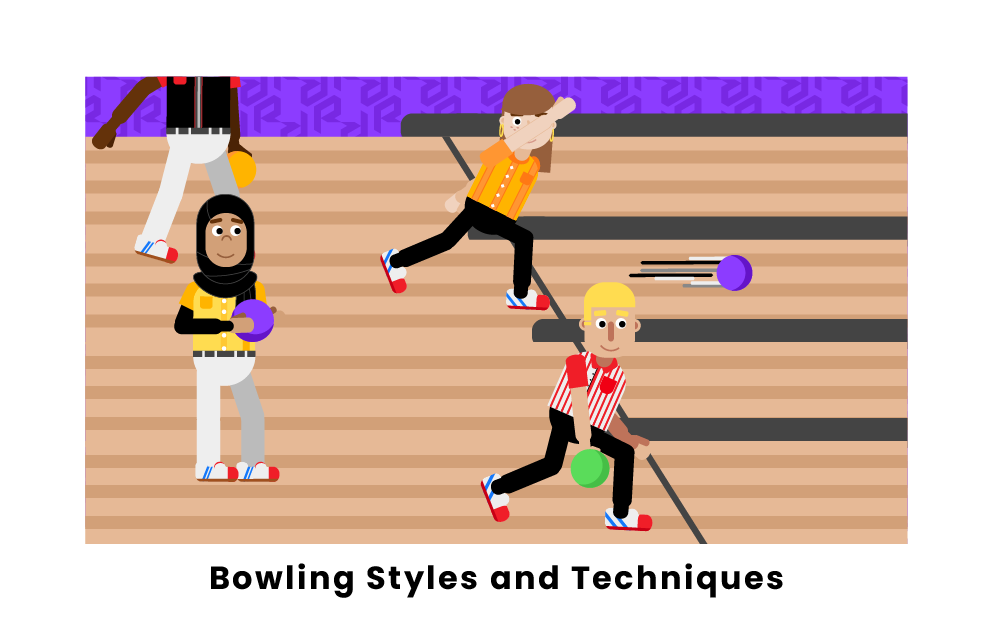 There are many different ways for a bowler to deliver the ball down the lane. Each person will use some variation of different styles and techniques to create their desired form. The same form will not work for everyone. Regardless of a person’s skill, the goal remains to knock down as many pins as possible, and bowlers often use different forms to accomplish this. Both style and technique contribute to the form that a bowler develops.

Bowlers often have their own signature style, similar to the techniques of bowling shown below. However, these styles more often pertain to the specific types of shots each bowler employs.

Crankers rely on high power and speed in their throws.  This is often through a cupped wrist and a medium-to-high arm swing. Right-handed bowlers stand on the far left since their throws are powerful enough to require the opposite side. For left-handed bowlers, it’s the opposite. This causes a higher number of ball revolutions before impacting the pins.

The amount of power and speed typically amounts to a higher risk when playing. The risks could mean a higher probability of extreme splits among the pins. However, the high amount of revolutions is what matters most to these players.

Stroking is considered the most classic form of bowling. This involves standing on the right side of the lane to follow a straighter line on the lane. The ball is released in the middle of the lane.

These types of bowlers do not rely on speed or power but simply on accuracy to score points. When aiming the ball, they have a medium arm swing and square shoulders to have the most accurate aim. This typically causes a lower amount of ball revolutions since speed is not a priority for stroker bowlers.

Strokers are known for putting a lot of spin on the ball. This style focuses more on having a consistently angled delivery rather than delivery with only power and speed. There is also a large focus on the wrists when using this style, and even some recommend wearing wrist tape if using this style.

Power strokers are considered the best of both worlds. They provide both the spin of a stroker and the power of the cranker. This style of bowling provides the highest levels of both spin and velocity. Power stroker is a popular style because the motion of the ball makes it favorable for bowlers to score strikes consistently.

Spinners (aka helicopter-style) are often renowned for having good accuracy on their ball. They are also known for focusing on the spin of the ball rather than speed and power. Many bowlers will use the spin delivery when certain lane conditions are favorable for this style. Spinners will also tend to use a lighter ball to increase more vertical spin on the ball.

This is considered a mix between a cranker and a stroker-style bowler. They display mixed traits between the two, with a moderate spin rate, compared to crankers. Tweeners have a higher consistency in hitting their targets than other delivery styles.

The technique used in bowling determines various aspects of a person’s throw. Different techniques work for different bowlers. Below we cover the most popular techniques for holding and spinning the bowling ball. 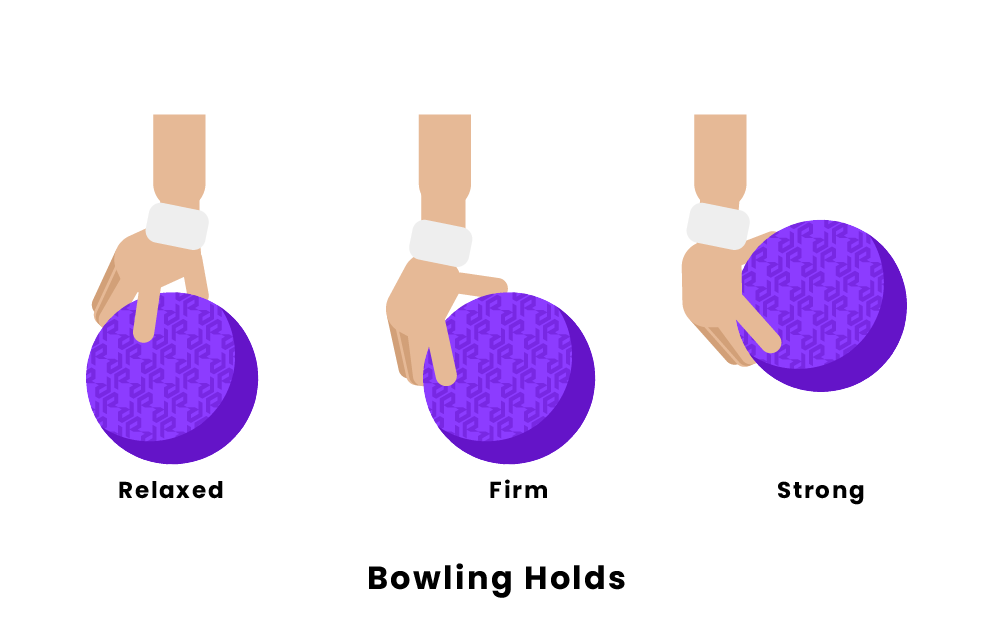 There are three different ways in which a bowler can hold the ball: relaxed, firm, and strong. These ways will adjust how the ball rolls down the lane.

There are three techniques for putting spin on your ball when bowling. They include straight bowling, hook bowling, and backup bowling. We will discuss the differences between all three techniques, from easiest to hardest.

Bowlers have different types of techniques when it comes to getting spin on a ball. In general, the easiest way to generate spin on a bowling ball is by putting your middle finger and ring finger in the top two holes and leaving your thumb out of the bottom hole. While your fingers are in the holes, hold the ball on your wrist and release your top two fingers off the ball so that your fingers graze the side of the ball as you are bowling.

Straight bowling is recommended for picking up spares, not on first throws. This technique can lead to splits for bowlers, which makes it harder to gain the maximum amount of points. Over the long run, this technique is not sustainable for hitting strikes.

This takes more skill on behalf of the players. When throwing a hook, a bowler must rotate the fingers on the side of the bowl during the ball’s release. This ensures better control over movement and a better hook shot.

A more exaggerated version of the hook shot is called a curveball. However, these types of shots are more prone to error and are not typically used.

In backup bowling, the ball will curve right to left for left-handed bowlers and left to right for right-handed bowlers. Most bowlers are not able to reverse hook bowl because of the unnatural motion that a bowler’s wrist must make in order to make the ball curve towards a bowler’s dominant hand. This technique does not give a bowler any significant advantages over hook bowling and straight bowling.

This is a bowling technique that is often discouraged, because the movement is often forced and difficult to control. However, some players do feel comfortable with throwing a backup ball over a hook ball.

What is the best bowling style?

In terms of overall performance, the tweener style is generally considered to be the most versatile and best bowling technique. Since tweeners combine the best aspects of both strokers and crankers, they are able to attack the pins in multiple ways. Bowlers are able to curve the ball to create the best chance at a strike while still being able to throw the ball hard and relatively straight to clean up pins for a spare.

How do you throw a bowling ball?

To properly release a bowling ball, stand with knees flexed and the ball balanced in both hands. Then push off with your back foot, taking a step forward as you begin to swing the ball backward. Take one or two more steps as you complete your backswing and bring the ball forward. Crouch or kneel as you release the ball. The forward foot at the time of release should be on the same side as your bowling ball.

How do you curve a bowling ball?

To curve a bowling ball, a player needs to concentrate on rotating the hand and wrist, releasing the thumb, and rotating the other two fingers. When bowling the ball, the player should release the thumb from the ball before the other two fingers. Once the thumb is released, a player should start to lift their fingers and rotate the fingers counterclockwise (clockwise for lefties). After the wrist, hand, and fingers have rotated, the ball should be released.