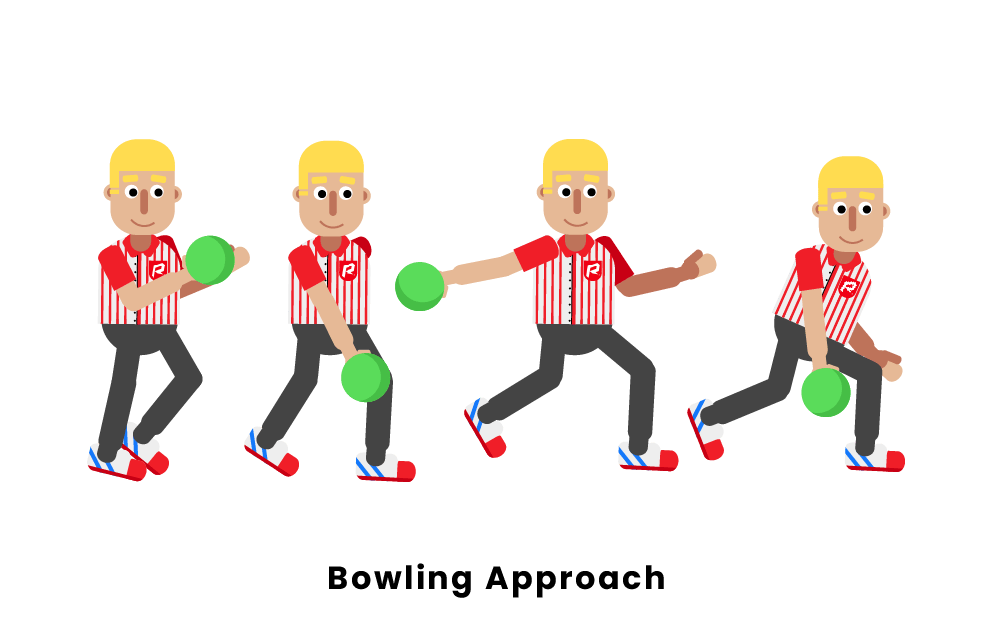 Bowling requires precision, control, and concentration. Most top bowlers take care to properly position their bodies before rolling the ball, aligning themselves into a perfect stance. Keep reading to learn about the keys to a perfect bowling stance.

What are Bowling Stances?

Bowling stances are the way that bowlers position their bodies before they launch the ball. One of the most important keys to success in bowling is the bowler’s stance. If a bowler does not properly line up and move their body, their ball may not have the angle or momentum it needs to hit the pins where and how they need it to.

Keys to a Good Bowling Stance

A proper bowling stance, also known as an address, is key to being able to approach the lane well and ultimately release the ball well. There are four main aspects to a bowler’s stance:

All of these work together to get the bowler closer to the best approach toward an optimal throw.

The goal is to release the ball from the hand as close to the foul line as possible without crossing it. Because of this, bowlers make sure that they start their approach from the right distance. Lanes have line markers for guidance, making it easier for bowlers to measure their approach. A suggested technique is to start about two inches away from the foul line and take five normal steps back from the line. This is where the approach begins.

Consistency is key to foot placement in bowling. An accurate foot placement leads to a precise body placement. The bowlers use guide dots on the floor of the lane to mark the starting points to their approach. Bowlers often vary in the direction of their approach; some walk straight on, while others curve in their stepping.

Ultimately, players adjust based on repetition and practice, discovering what works best for their throw. The foot placement also differs for left-handed and right-handed bowlers. Right-handed bowlers will start with their left foot pointing toward the lane, and left-handed bowlers will start with their right pointing forward. This forward foot is known as the slide foot, or the foot that bowlers have their weight on at the end of their approach. The slide foot should be placed two to three inches in front of the back foot. This is the standard starting position.

The first part of body position is holding the ball. The bowler places their fingers in the holes of the ball with their dominant hand and supports the bottom of the ball with their non-dominant hand. Good body positions are relaxed, vertical with good posture, and with an even weight displacement on both feet. The knees will be bent, with the head pointed toward the end of the lane.

There are three possible positions in which to hold the ball; in front of the face, at the waist, and with the arm elongated down below the waist. Most bowlers will begin with the ball placed at waist height, with upward changes being made based on bowler preference. For the best movement, the ball will be held on the side of the dominant hand. Both hand movements and foot movements should be intentional and focused in the direction of the ball’s path.

The bowler must make their approach toward the foul line while keeping their head level and their body pointed down the lane. Each step forward will shift the hips open and closed. At the end of the approach, the bowler aims to be in a similar stance to which they started: with the non-dominant foot forward and the dominant arm ready to throw the ball. Bowlers will also often lean forward, keeping their shoulders above their knees, allowing for stability and balance.

When approaching the foul line with the ball in hand, it is important for arm movements to match up with leg movements. On the first step with the dominant foot, the ball should move away from the chest, above the waist. On the second step, the arm and ball will drop down at arm’s length. For the third step, the bowler will move the ball back behind them to gain momentum for the throw. On the fourth step, the ball moves back down to line up for the throw.

What is the best bowling stance?

What are the basic types of bowling stances?

There are three types of bowling stances, differentiated by where the ball is held to start. In the first type, a bowler holds the ball in front of their face. In the second stance, known as a shotgun, the bowler holds the ball at their waist to begin their approach. The third stance has bowlers start with the ball held low, at arm’s length. A bowler’s choice of stance is primarily a matter of comfort. Some professional bowlers prefer to start with the ball extended out at their side, but that is not a standard bowling stance.