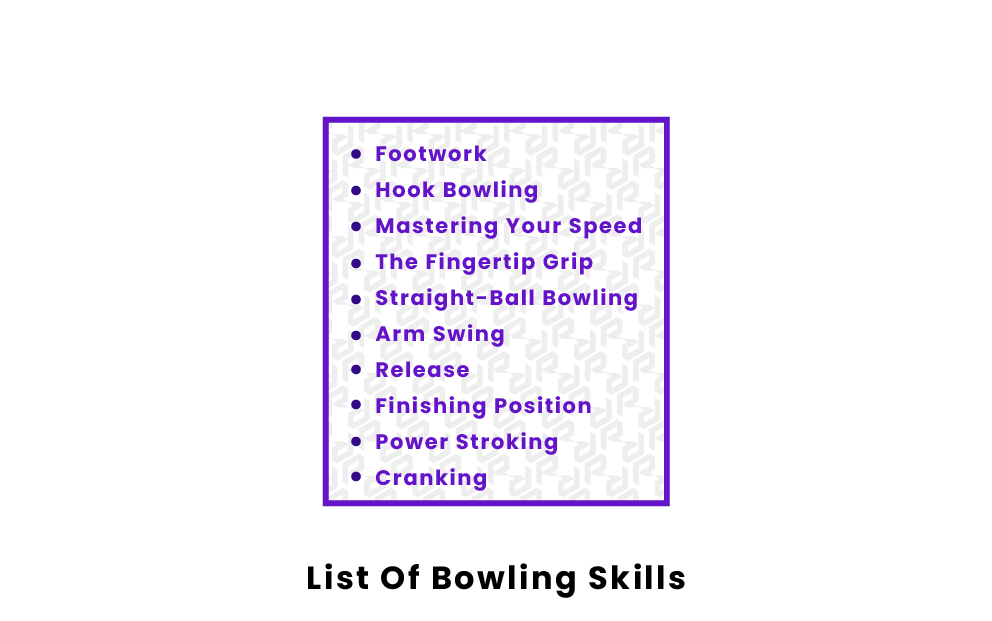 This is one of the biggest things that separates the amateurs from the professionals. Hook bowling, as opposed to straight bowling, is when you curve the ball down the lane instead of just throwing it straight. It can be difficult to learn, but once you've learned it it becomes significantly easier to put the ball in pockets to get strikes.

The first inclination of almost every first-time bowler is to huck the ball down the lane as fast as they can, but that's not usually the best strategy. Pro bowlers are able to control the speed of the ball so that it's fast upon release and slows down to the perfect speed. Most pro bowlers release the ball at 20-22 miles per hour, but the ball slows down to about 17 miles per hour, which is generally considered the best speed for throwing strikes.

Generally speaking, the conventional grip is when a bowler places their two middle fingers and their thumb about two knuckles deep into the ball. However, there is another technique called the fingertip grip that professionals use to get that hook. To do this grip, you put your thumb in normally but your two middle fingers down only one knuckle deep. This makes your grip less secure and requires significant arm and hand strength, but if done correctly it can greatly increase your chances of bowling a strike.

This is the most commonly used technique when bowling, one that most amateur bowlers use. It's not as advantageous for bowling strikes as hook bowling, but if you figure out the lanes and how to deliver the ball into the pockets while going straight then it becomes extremely useful. Just about everyone can be a straight ball bowler.

A power stroker in bowling is someone who tries to balance consistent form and high power. It's a skillful style that requires one to maintain a smooth style while delivering balls at a high rev rate. Some of the things that power strokers do to attain their ideal throw is utilize a higher backswing and use their shoulders more to get more ball rotation.

Being a bowling cranker means focusing on generating as much power as possible whenever you bowl. It means getting as many revolutions per throw as possible, achieved mostly by the releasing action as opposed to simply throwing the ball hard. "Cranking" the ball is great for getting strikes if done correctly, but the risk of doing this is losing control of the ball. The sharp hooking motion means it's possible for the ball to lose its direction, resulting in more bad throws.