What is a bowling league?

A bowling league is made up of groups of teams that compete against each other in the sport of 10-pin bowling. Most of the time, the teams in these leagues are made up of three to five people. Some leagues require that players are male only, some require female-only, and some allow a mix of both male and female. Within each bowling league, there are groups of people that establish the location and schedule for each event. Often times, bowling leagues are run through a central bowling alley, where the majority of matches are played. Matches between teams in the league take place over the course of a season and the top teams advance into the playoffs, usually with the goal of winning a predetermined amount of money. 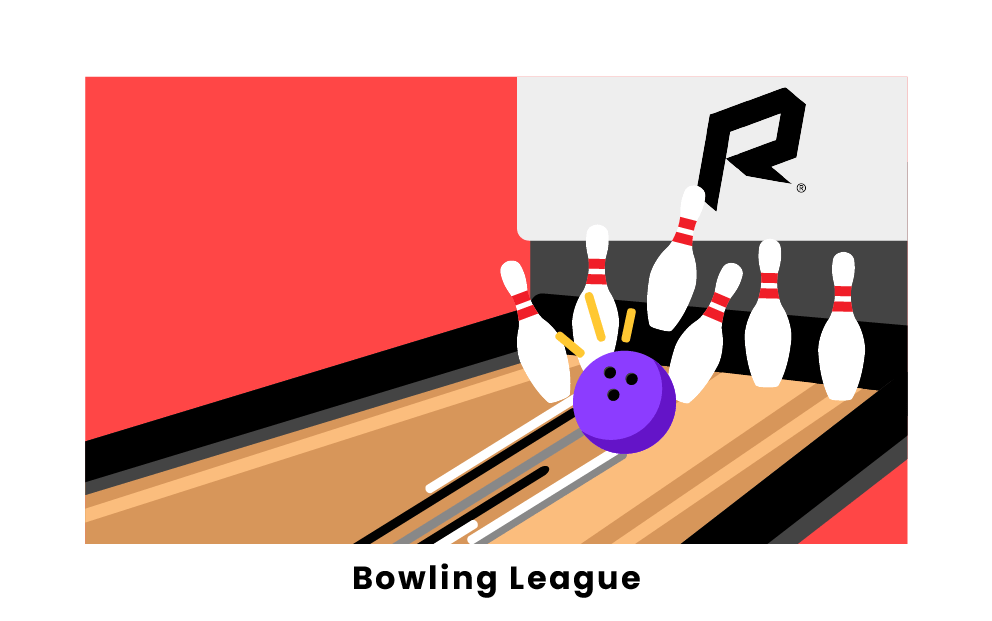 What is a popular bowling league?

Most recreational bowling leagues are not nationally known, but that does not mean there are not some very large and intense amateur bowling leagues. Parson's Recreation League is an example of an amateaur bowling league that is extremely popular locally. Parsons has been around since 1943 and continues to serve hundreds of bowlers to this day. Parson's has grown from an average bowling alley to one that hosts dozens of leagues each season, giving out thousands of dollars in prizes in the process.

How do you start a bowling league?

The first step in starting a bowling league would be to contact your local bowling alley to see if they have any open leagues available. If they do, then you might want to ask if you and your friends just simply join a league because many times, the amount of leagues available at a single time is highly mandated. In most cases, the process of joining a league is much easier than that of creating an entirely new one. However, if you have enough people interested in creating a league, then it is entirely possible that the bowling alley will allow you to create a new one if there is space available. If you do not have enough people to form a league right off the bat, then advertisement of the league is a must-do. In any case, the fees for entry into the league would be slightly higher than normal if you choose to create a new league through your local bowling alley. Like most sports, there is only one type of place where the sport of bowling can be played, so you must be prepared to be flexible with the times and dates of when and where the games will be played. If you truly want to start a league, then compliance with administration will inevitably be essential.

How long is a bowling league season?

A bowling season can last any amount of time depending on the number and competitive level of the teams as well as the playoff system. Generally, the league season will likely have as many weeks as the amount of teams in it in order for each team to play each other at least once. For example, a twelve team league will have at least eleven weeks of regular season play and at least one week of post season play. Although this feature is not required in all leagues, it tends to be the case in most normal leagues.

The competitiveness of the league certainly impacts the duration of a bowling league season as well. This is because the schedules are not set in stone, meaning the players have some impact as to how much time they want to devote to playing in a league before the schedule is set. Most of the time, the more competitive the players in a league are, the more time they will dedicate to the season, thus making the league longer. On the other hand, more casual players probably do not want to dedicate as much time to the sport, so the league may not be as long.

In addition to the duration of a given season, it is also important to note that the time of year does not have much impact on bowling leagues. For this reason, spring, summer, fall, and winter leagues all exist at most bowling alleys; however, this may differ at specific bowling alleys, so make sure to check the website. In any case, it is important to note that you can join or create a bowling league at pretty much any time in the year.

How much does it cost to join a bowling league?

The cost of the league is directly linked to the competitiveness of the players and duration in the league. More informal bowling leagues will cost around $10-$20 per player per week, whereas more intense leagues that play more games can cost upwards of $100 per player per week. In any sense, joining and participating in a bowling league is not too expensive for people with average incomes, especially compared to other recreational sports. This is one reason why bowling leagues are somewhat popular for young adults who enjoy participating in some sort of sporting activity, but do not want to burn their bank account.

What are some top professional bowling leagues?

Today, the most popular professional bowling league in the world is called the Professional Bowling Association (PBA). The PBA was first created in Syracuse, New York in 1959 when a group of 33 men each pitched in $50 to get the organization started. The very next year they started running tournaments at a variety of locations throughout the country. As the popularity of professional bowling grew, so did the payouts, with the organization slowly gaining more corporate and investor support. Today the PBA hosts dozens of high level tournaments and leagues, each handing out thousands of dollars in prize money. In 2019, the winner of the PBA playoffs was handed $100,000, the largest payout in PBA history. Many PBA events are shown on national television today, as the sport has shown continual support since its creation decades ago. For years, professional bowling was only shown on ESPN; however, Fox Sports has recently acquired the sole rights to show PBA events.