How Does Scoring Work In Bowling? 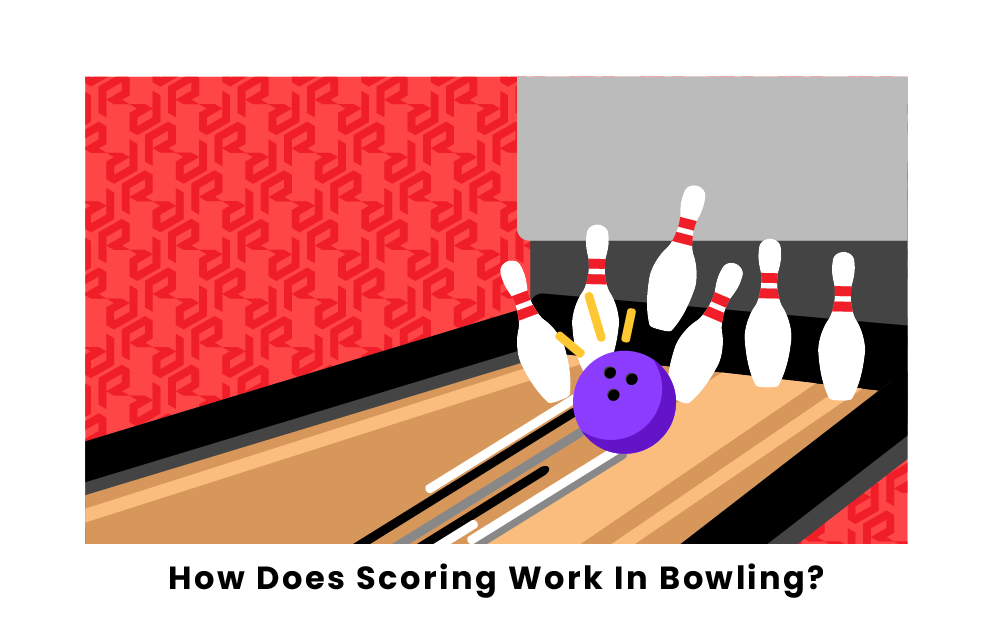 When playing a standard game of ten-pin bowling, there are a few scenarios to keep in mind if you wish to keep an accurate score. Scoring in bowling is not as simple as counting the number of pins knocked down. Let's take a look at how scoring works in ten-pin bowling.

In a standard bowling game, there are ten frames. In each frame, a bowler has two opportunities to roll and attempt to hit pins. However, a strike limits a frame to one roll and the tenth frame features a maximum of three rolls. In the tenth frame, a third roll is attainable by picking up a strike or a spare. Additionally, in the tenth frame, bowlers can theoretically pick up three strikes. The tenth frame will never feature more than three rolls, regardless of how many strikes or spares the bowler achieves.

The most common scoring scenario for average bowlers is called Open Frame Scoring. An open frame occurs if the bowler uses both of their rolls and fails to knock down all ten pins (0-9 pins were knocked down). Whenever this happens without a preceding spare or strike, the bowler will be awarded points equal to the number of pins they just knocked down. For example, if a bowler begins a game by knocking down six pins on their first roll of a turn and three pins on their second roll of a turn, then the bowler will be awarded nine points.

Scoring After a Spare

Most people know that the amount of points the bowler is awarded corresponds with the amount of pins knocked down on a given turn. However, scoring calculations are not quite as obvious after a bowler gets a spare. In bowling, a spare happens when the bowler uses both of their rolls in a given turn to knock down all ten pins. In cases like these, the bowler is awarded ten points for knocking down all ten pins, while also earning double points on their first roll on the very next turn. For further clarification, take a look at this scenario: A bowler achieves a spare in frame one by knocking down eight pins on their first turn and the last two pins on their next roll. In frame two, the same bowler knocks down six pins on their first roll and two on their next roll. At this point, the bowler is rewarded with 16 points in frame one (ten from the spare + six from the first roll on the next turn). In addition, the bowler earned another eight points for knocking down eight pins, bringing the bowler's total score to 24 through the first two frames.

Scoring After a Strike

Another scoring scenario that requires slightly different calculations occurs after a bowler achieves a strike. In bowling, a strike occurs when the bowler knocks down all ten pins in a single roll. In situations like this, the bowler is awarded ten points for knocking down all ten pins; however, they also earn double points for their next two rolls. For further clarification, take a look at this scenario: A bowler earns a strike in frame one by knocking down all ten pins on his first roll. In frame two, this same bowler knocks down five pins on his first roll and four pins on his second roll. At this point, the bowler is awarded with 19 points in frame one (ten from the strike + nine from the sum of the next two rolls). In addition, the bowler is awarded nine points for knocking down nine pins in frame two, bringing his total score to 28 through the first two frames.

What is a perfect score in bowling?

A perfect score in bowling is 300. The only way to achieve this score is to roll 12 straight strikes, one strike for each of the first nine frames and then three strikes in the final frame. If a bowler achieves this impractical feat, then each and every frame will have been worth 30 points bringing the ten frame total to 300.

What happens if a bowler rolls multiple strikes in a row?

What is a normal bowling score for beginner, intermediate, and professional players?

Pages Related to How Does Scoring Work In Bowling?