How Do You Add Spin To A Bowling Ball? 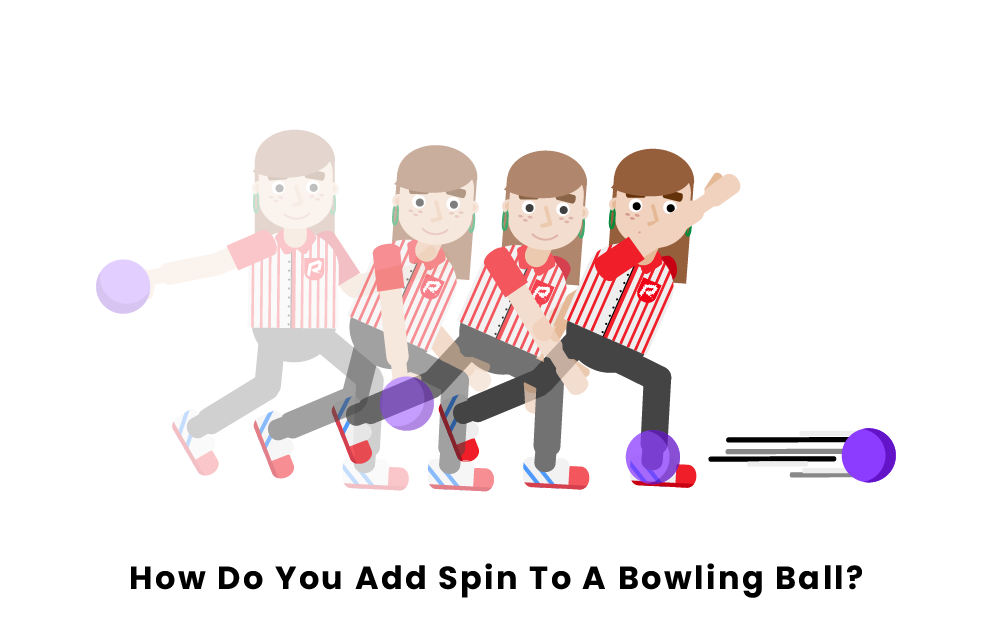 Adding spin to a bowling ball can more easily produce strikes and allow bowlers to pull off shots they couldn’t otherwise without the use of spin. Though it’s not an easy thing to get the hang of, once a bowler masters the use of spin, they can take their game to new heights. Keep reading to learn about how to spin a bowling ball and what uses that has in-game.

How to Add Spin to a Bowling Ball

Go to any bowling alley and you’ll probably see a number of casual bowlers flicking their wrists as hard as possible in an effort to generate spin. However, the turning of the wrist is only a small part of the technique professional bowlers use to create spin. While turning your hand over is important, only a small amount of movement is required to generate spin. Over-turning can lead to an uncontrollable shot with an inconsistent release.

The key to putting a nice spin on the ball is all in the fingers. A combination of grip pressure, finger torque, and release all come together to create the ideal spin on a shot. The most important thing is for the thumb to be the first finger out of the hole before releasing the ball. This is because the other fingers are the ones that control spin; the thumb is mainly there to help grip the ball and maintain control. When releasing the ball, bowlers should quickly rotate their fingers as they release their shot. This, in addition to a slight wrist turn, produces a tight and crisp spin on the ball that is ideal for powerful and effective throws.

Using the correct release and a proper flick of the fingers, bowlers can generate a number of different types of spin.

The most commonly-used spin is hook spin. This is when the ball spins from the side of your dominant hand towards your other hand. For right-handed bowlers, this means a shot that moves from the right side of the lane to the left. Hook spin is generally the easiest for amateur bowlers to pick up, as it requires a quick flick of the fingers and can be achieved with a number of different grips.

Another type of spin is fade spin. Fade spin operates the exact opposite way to hook spin: it starts on the side of your off-hand and moves back towards your throwing hand. This type of spin is used far less often but can be handy when the remaining pins on a spare attempt line up with the fade path of the ball. 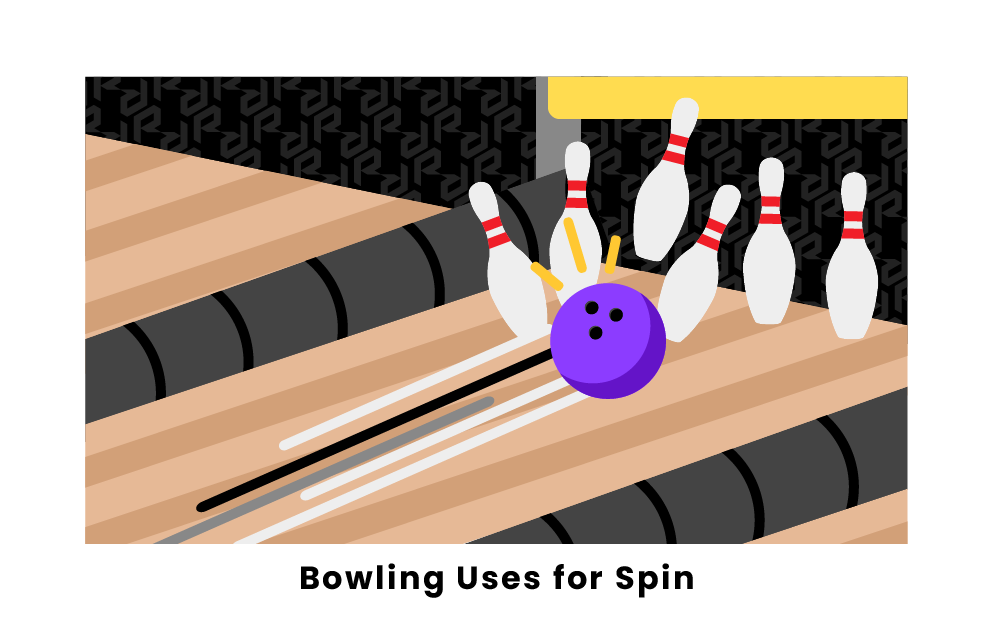 When it comes to getting strikes, spin is absolutely crucial in bowling. The most popular spin used to go for strikes is hook spin, as this type of shot provides a number of benefits over a straight shot when it comes to knocking down all ten pins. A hook shot has the bowling ball approach the lead pin at an angle rather than straight on, which makes it easier for the ball to drive through and reach the back pins. When a straight shot is thrown at the lead pin, oftentimes the ball can deflect off to the side, leading to fewer pins being knocked down.

In addition, the spin put on a hook shoot creates the potential for a wider knockdown range. This is because when the ball hits the lead pin, the spin on it causes the pin to go flying farther and faster than a straight shot would, giving it a higher chance of knocking down other pins. Due to this, every professional bowler uses a hook shot when throwing their first turn of the frame, as it yields the most strikes of any type of throw.

Spin can also be helpful when trying to pick up spares. If the remaining pins are lined up along a left to right or right to left path, bowlers can play an according spin shot that has the ball travel on that exact line. A straight shot might only hit the first pin in the line, but with the right curve, the ball can hit all the pins on its trajectory. Spin can even help bowlers conquer the dreaded 7-10 split, though pulling off such a shot remains difficult even for the best professionals.

Pages Related to How Do You Add Spin To A Bowling Ball?