How does bowling work? What are the basic fundamentals of the game? Get ready to learn about Bowling 101. You don't need any prior knowledge to start learning.

Bowling is played in places called bowling alleys, and they often have many lanes and games happening at the same time. Bowling is a sport in which an athlete rolls a heavy ball down a bowling lane. At the end of the lane rests a set of ten pins, typically in pyramid form (4-3-2-1).

In bowling, a player does not need much equipment to participate. Mainly, a player needs just a bowling ball, bowling shoes, and pins. Players may also use unique gear, such as gloves, to protect their hands and give them a better grip. Players also often have accessories, such as bags, to carry and protect their heavy bowling balls.

Bowling shoes, which have a design unique from other footwear, are worn to prevent sliding when playing. In non-bowling shoes, players can easily slip on the oiled wood on which bowling is played. Balls are the main piece of equipment and are used to send down the lane, where they knock over the pins. 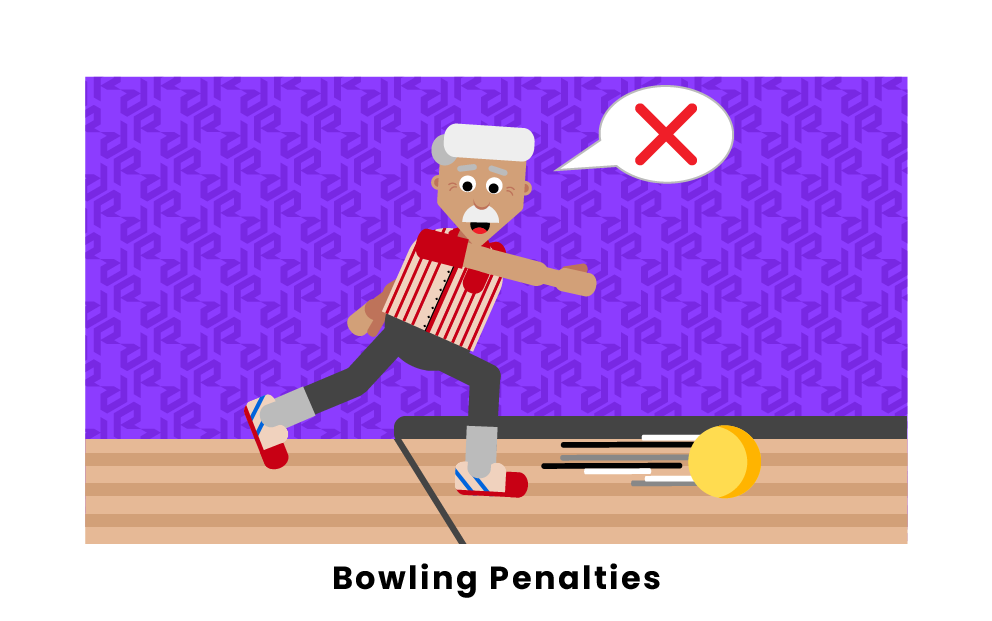 There are not many rules in bowling, as it is generally a simple game. However, bowlers must follow common etiquette and certain simple rules. These include:

To position yourself correctly in bowling, you must first stand behind the line at the end of the lane. Next, you must grab the ball with your thumb in the bottom hole and the two fingers of your choosing (based on comfort) in the holes above it on the ball. You then must take a step forward while bringing the ball back behind yourself. Then, release the ball, rolling it towards the pins and trying to knock them over. Some players do this with as much force as possible, while others focus more on accuracy and the angle at which they hit the pins. The bowler must stay behind the line at the end of the lane, also known as the foul line. When finishing, the bowler should have his bowling arm in the air, pointing towards the sky.

Essential concepts in bowling include a frame, a split, a strike, and a three-game average. A frame is used to describe the two shots at the pins that each player gets in standard ten-pin bowling. The second most desirable outcome of a bowling round is a split. A split is when there are two pins left, and they are not close enough to each other to hit both.

The only score more desired than a split is a strike. A strike is when a bowler knocks all of the pins down on their first try. Finally, a three-game average is the average score of a player over their last three games. These scores, divided by three, are often used to represent the current success of a bowler.

Here is a list of important concepts in bowling:

There are many important terms unique to the sport of bowling. Here is a list of just a few of the most basic terms that every bowler should know:

How does bowling work?

The main objective of bowling is for a player to grab a bowling ball and launch it down a lane towards a set of pins. To do so, bowlers must keep their bodies in a particular stance, approach the lane quickly, and then launch the ball. The power and angle at which the bowler launches the ball will determine how many pins fall. Whichever team or player knocks down the most pins by the end of ten rounds is declared the winner.

What are the basics of bowling?

The basics of bowling are the objectives, equipment, and scoring. The objective is to knock down more pins than your opponent. Bowling takes place on a bowling lane, along which bowlers roll balls, knocking over pins at the end. Bowlers get two rolls per frame to knock down 10 pins. They earn extra points for knocking over all pins within a single frame. The player or team with the most points after 10 frames wins.