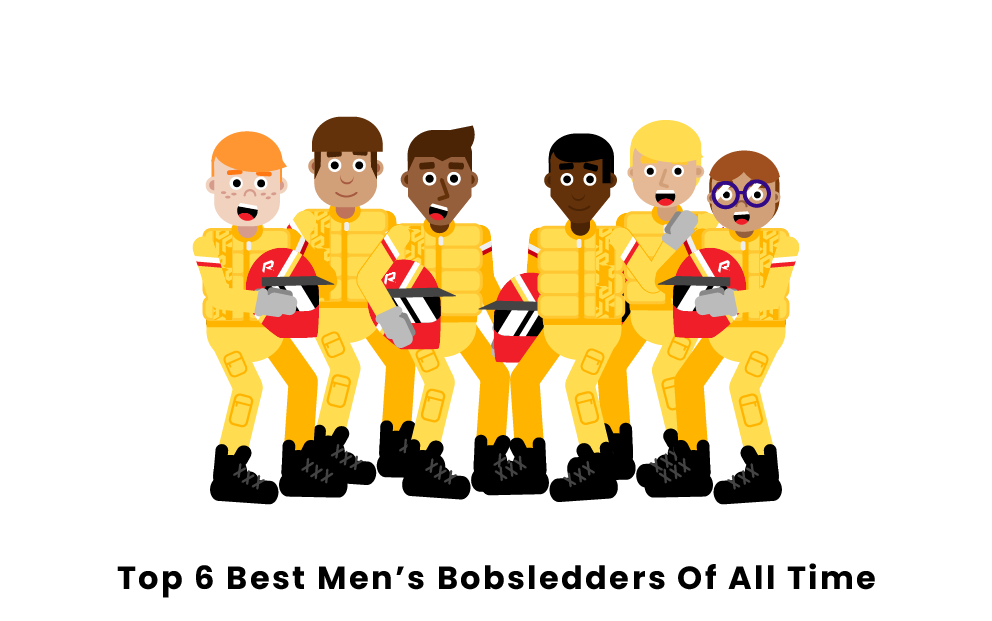 Bobsleigh has been a part of every Winter Olympics since the inaugural Winter Games in 1928, except for 1960 when no track was available. The sport is a huge part of the Winter Olympic Games and has a rich tradition. Over the past century, a few men have separated themselves as the greatest male bobsledders of all time by dominating the Olympics and international competitions.

Who are the best men's bobsleigh athletes of all time?

Kevin Kuske was born in 1979 in Potsdam, Germany, and grew into one of the greatest bobsledders of all time. He competed in the two-man bobsleigh event with fellow German André Lange. Kuske served as the push-partner in the two-man races, while Lange was the driver. Kuske started his Olympic career in 2002 in Salt Lake City, and over the next five Olympic Games, he went on to win four gold medals, giving him and Lange the most ever in the sport's history. In the 2018 Winter Olympics, Kuske earned a silver medal while competing with the German four-man team.

André Lange is easily one of the most successful bobsledders of all time. Not only did he dominate Olympic competition with a record of four gold medals in bobsleigh events, he is also one of only five drivers to ever win the gold medal in both the four-man and two-man bobsleigh events. During the 2010 Olympics, towards the end of his illustrious career, Germany chose Lange as the country's flag bearer, and he went on to win his fourth and final gold medal in those games by taking the top spot in the two-man competition.

After a knee injury ended his promising career as a skier, Monti went on to become a true legend of the bobsleigh. Over his career, he won nine World Championships and six Olympic medals over three Olympic games. He likely would have added a few more Olympic medals to his legacy had bobsleigh events been included in the 1960 games, but a lack of an Olympic track forced the event off the schedule. In 1964, Monti won the Pierre de Coubertin Fair Play Trophy after helping competitors fix their sleigh and win the gold medal.

Wolfgang Hoppe was one of the world's top drivers throughout the 1980s and was one of his generation's most respected German athletes. As a converted track and field athlete, Hoppe used his talents to dominate in the two-man and four-man bobsleigh events. He won two gold medals at the Olympics and also took home gold medals in both the International Bobsleigh and Skeleton Federation World Championship and the European Bobsleigh and Skeleton Championship. In 1992, Hoppe was the first German to carry the flag at the opening ceremony for the reunified team, ending a prestigious career with one of the highest honors his country could give him.

Bogdan Musiol was the brakeman for Wolfgang Hoppe, and together the two won medals at numerous international competitions, including five Olympic silver medals. He competed in five Olympic Games in both the two-man and four-man events, starting in the 1980 Lake Placid Olympics. Musiol also captured one Olympic gold with the GDR four-man bobsled team in 1980. He carried on the great tradition of German bobsleigh dominance throughout the 1980s and 1990s.

Although Meinhard Nehmer competed in just two Olympics, he captured three Olympic gold medals, a record at the time for bobsledders. He transitioned to the sport late in his career, after spending his life up to age thirty dedicated to becoming a nationally ranked javelin thrower. His first Olympic Games were held in Innsbruck in 1976, and in those games, his sleigh was able to overcome heavily favored teams from West Germany, Switzerland, and Austria to win gold. After his dominant career, Nehmer became the coach of the United States bobsled team for the 1992 Olympics.

When was men's bobsleigh first introduced in the Winter Olympic Games?

What is the best four-man bobsleigh team of all time?

Many consider the best four-man bobsleigh team of all time to be Germany's team piloted by Francesco Friedrich in the 2018 Winter Olympics. They won gold that year, and in the process recorded the fastest four-man time ever. Reaching speeds near 150 kilometers per hour, the German team bounced back from a 2014 showing in which they failed to medal for the first time in decades. The Germans dominated the 2018 Olympic bobsleigh competition.

What country holds the most Winter Olympic gold medals in bobsleigh?

As of 2021, Switzerland's 31 overall medals ranks first of any country in all-time in Olympic bobsleigh, while Germany holds the top spot in terms of gold medals. The Germans have won 13 gold medals in bobsleigh events and, together with Switzerland, they have won 25 of the 45 gold medals all-time. From 1968 to 2010, both Germany and Switzerland have been on the Olympic podium every year.

Pages Related to Top 6 Best Men's Bobsledders Of All Time