How Does Scoring Work In Bobsleigh? 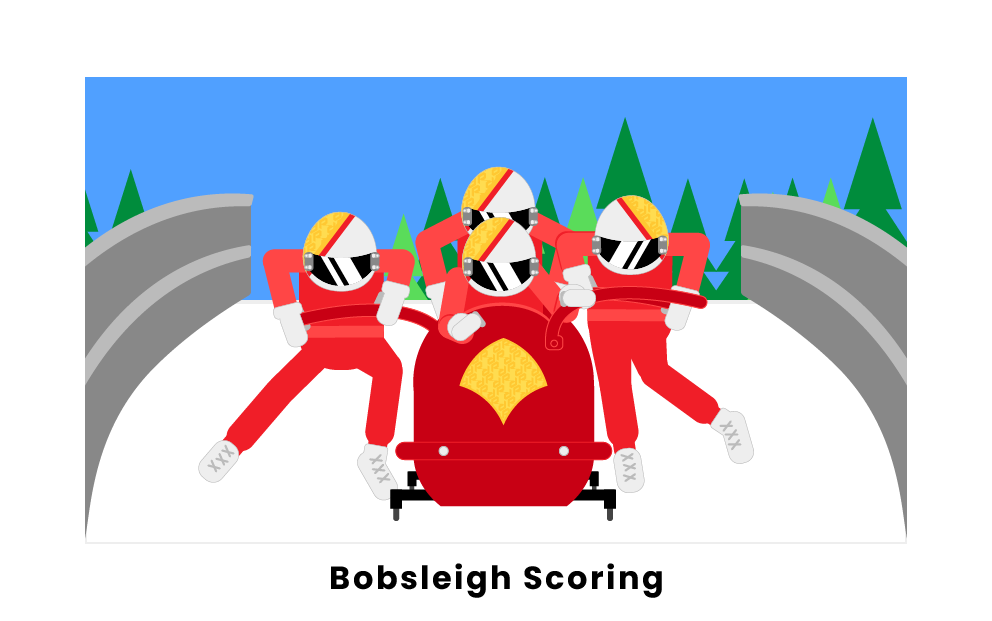 Bobsleigh, also known as bobsled, is a popular winter racing sport. It involves teams of either two or four crewmembers using a vehicle, called a bobsled, to slide down an icy track at the quickest time possible. This sport can often be dangerous, but is one of the most popular events in the Winter Olympics.

As bobsleigh is a racing sport, the main objective is to cross the finish line with the fastest possible time. Each team races separately, and the team with the fastest time at the end of all the runs wins. In order to make scoring as precise as possible, run times are measured to the nearest hundredth of a second, and are measured by computers rather than hand timers.

In the Winter Olympics and World Championships for bobsleigh, every team runs down the track four different times, with each run is known as a “heat”. The winner is the team with the lowest aggregate of the four times. In other competitions, it is more common for each team to run twice. This is done in an effort to reduce outside factors such as ice conditions from hindering one team’s ability to win.

In bobsleigh, there is no way for a team to lose points or have time added on to their score. The only potential penalty within the sport is disqualification. If a team does not cross the finish line inside of their vehicle, then they are automatically disqualified. If a team crashes, but finishes the heat with all members inside of the vehicle, their score will count. However, if a crew member falls out of the bobsled, the team will be disqualified. Other potential means of disqualification are in regard to the bobsleigh runners (blades) or vehicle weight. Runners must be rounded and within four degrees of a specified temperature prior to the heat in order to be allowed. Additionally, the weight of the sled and crewmembers must not exceed 630kg for four-man, 390kg for two-man, and 330kg for two-woman.

What is the scoring system in bobsleigh?

Bobsleigh is a racing sport and the scoring system is based on time. Each team races down the track a certain number of times throughout a tournament. The team with the lowest aggregate time over the designated number of heats is considered the winner. While there are no time penalties, failing to finish the run inside of the vehicle or violating any regulations will result in disqualification.

How does bobsleigh scoring work in the Olympics?

Scoring in the Winter Olympics is based on aggregate time, which is the same as other bobsleigh tournaments. However, in the Olympics, each team runs four different times as opposed to two in many other competitions. Each of the four scores is combined to create an aggregate score, with the winner possessing the lowest total time.

What are bobsleigh heats?

A heat is a single run during the course of a race. A race most commonly consists of either two or four heats from each team over the course of a tournament. In the Winter Olympics and World Championships, each team will run a total of four heats, while other tournaments may only run two heats. Running multiple heats is a necessity due to the fact that ice conditions may be different for each team, so running more than one race will ensure a fair result.

Pages Related to How Does Scoring Work In Bobsleigh?