What is Off-Road Racing? 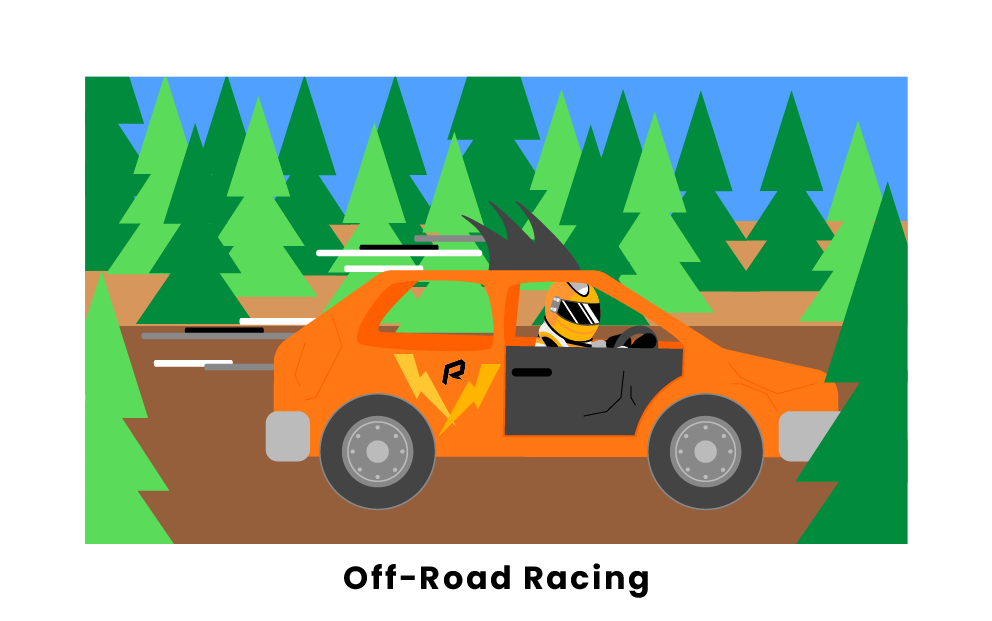 Off-road racing is a form of racing that is unlike typical road races because of the terrain traversed throughout the race. This terrain is usually rough, unmarked, and hard to traverse in regular cars. It is common for races to take place on muddy, desert-like, rocky, wet, and snowy terrains. An off-road race usually involves racers going from checkpoint to checkpoint along improvised routes until they make it to the finish line. Each race is broken down by which vehicle is being used. Vehicles that can be used include cars, trucks, motorcycles, and all-terrain vehicles.

Off-road racing is primarily a North American sport. There are two main forms of races in North America: desert racing and short course racing. Desert racing was founded in 1967 and typically has tracks ranging from 25 to 1000 miles. Short course racing was founded in the 1970's and is held on a dirt road with a length of ten miles or less. Off-road vehicles themselves were created in the early twentieth century by Adolphe Kegresse. He created them by using caterpillar-style tracks that were easily adaptable to cars and trucks. This allowed for the production of off-road vehicles to become much more mainstream.

What is off-road racing?

Off-road racing is a form of racing that takes place on uneven terrain that normal cars would have a hard time traveling on. Cars are modified with different types of wheels, engines, and suspension systems. Races can take place at different venues and can go for many different distances depending on the vehicle, the style of race, and the event. While many events for off-road racing are professional, there are also many locations where people can race at an amateur level.

What types of vehicles compete in off-road racing competitions?

What are the biggest off-road racing events in the world?

The biggest off-road racing events in the world take place in multiple different countries. The Baja 1000 is one of the biggest events in North America. It is hosted by Score International and is held on the Baja California Peninsula. This competition is unique from the standpoint that anyone can join, making it a very accessible race for newcomers. The race can take up to 20-25 hours to complete, and the terrain will greatly differ from typical roads.

Pages Related to What is Off-Road Racing?