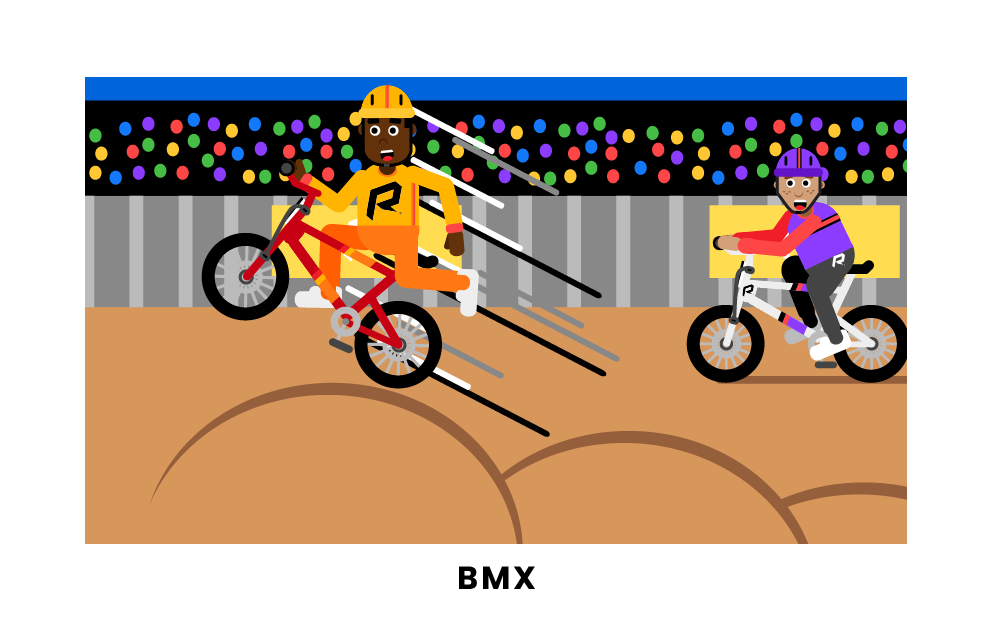 BMX is a cycling sport filled with adrenaline for those who want to get a similar experience to that of motocross racing. BMX is the acronym famously used when speaking about this sport; however, the proper name is bicycle motocross. BMX is a sport that requires extreme coordination and body control to gain air over course obstacles.

Founded by a group of children in the late 1960s  and early 1970s, BMX was born as they hoped to imitate their favorite motorcycle racing idols. Today, athletes between the ages of five and sixty-five regularly compete in AMA-sanctioned BMX competitions. Athletes race on dirt tracks with a variety of obstacles such as “rollers,” “jumps,” and “turns.” In a BMX race, there are many contestants. However, they compete in preliminary elimination races that bring the competition down to a final eight contestants who then compete in a final race. The winner is the competitor who crosses the finish line first.

BMX is a cycling sport that is meant to resemble motorcycle racing. The IOC-recognized forms of BMX are BMX racing and BMX freestyle. BMX races are held on dirt tracks with obstacles on the course. Competitors race against one another in elimination races until there is a final race where one winner will be crowned.  BMX freestyle is different from BMX racing because freestyle is a points-based competition rather than time-based. Competitors will perform trick sequences throughout their course map over two minutes. The competitors are then judged based on the difficulty, style, and originality of their tricks.

Where are the best places to ride BMX?

BMX riding has a welcoming and diverse community to offer to prospective participants. This wide-ranging community allows dedicated BMX riders to travel to new areas in order to BMX in some of the most popular locations the sport has to offer. Here are a few of the best places to ride BMX in the USA:

What equipment do I need to safely ride BMX?

BMX can be a dangerous sport to participate in if riders don’t prepare properly beforehand. Luckily, there are specific safety measures required for participation.  Equipment such as helmets, long sleeve shirts, and long pants are the bare minimum necessities before riding BMX. Other suggested equipment includes elbow pads, knee/shin pads, neck guards, gloves, and goggles.

Pages Related to What is BMX?