What is Ski Archery? 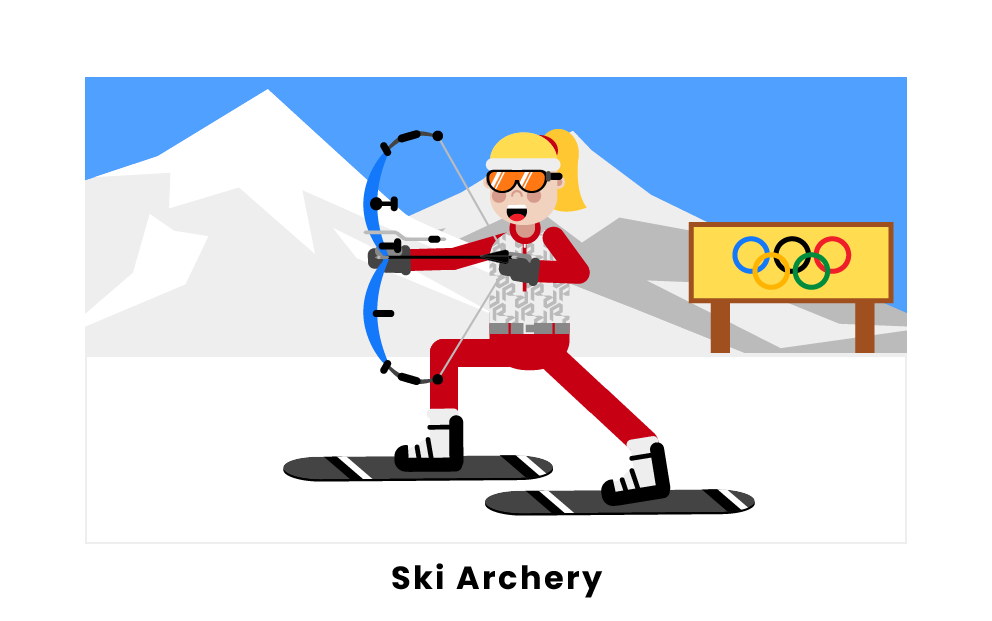 Ski archery is one of the most enjoyably challenging winter sports out there. Combining cross country skiing skills with rapid-fire archery, racers must speed through the track and take down as many targets with their bow as quickly as possible. It’s the perfect sport to try for anyone looking to build or show off their well-rounded athletic ability.

Ski archery is a competitive sport that combines cross country skiing with archery. Racers ski through a course to multiple target sites, where they look to shoot down targets as quickly as possible with their bow and arrows.  While it doesn’t yet have formal regional leagues, it was recognized by FITA as an official competitive sport in the 1990s. From there on out it was modeled after biathlon competitions, posing an enjoyable challenge to participants looking to show off their aim and skiing ability at the same time. It’s popular in cold, naturally snowy regions in particular, with annual events in places such as Russia or Poland. 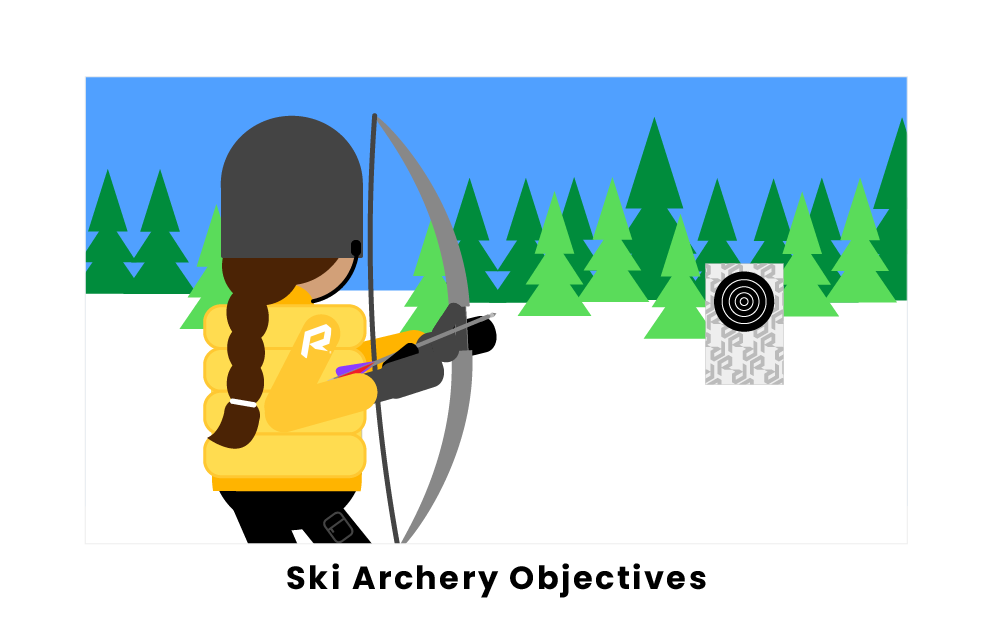 The goal of ski archery is to ski through a course and shoot targets with as much speed and accuracy in aim as possible, trying to get to the finish line first. It can be played individually or in relay format.  Racers must ski to shooting sites which include a set of 4 targets each, trying to take down the targets and ski to the next shooting site as fast as possible. Missing a target invokes a penalty lap or added time to the clock. The racer who gets to the finish line first wins it for themselves or their relay team. 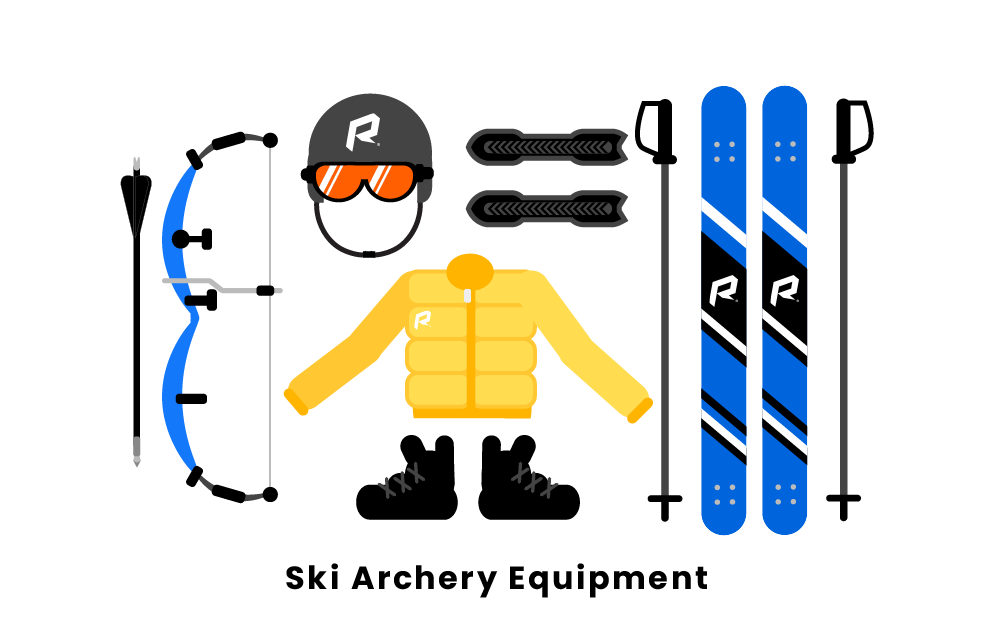 Ski archery overall requires a proper snowsuit, a good set of cross-country skis, and a bow with a set of arrows. 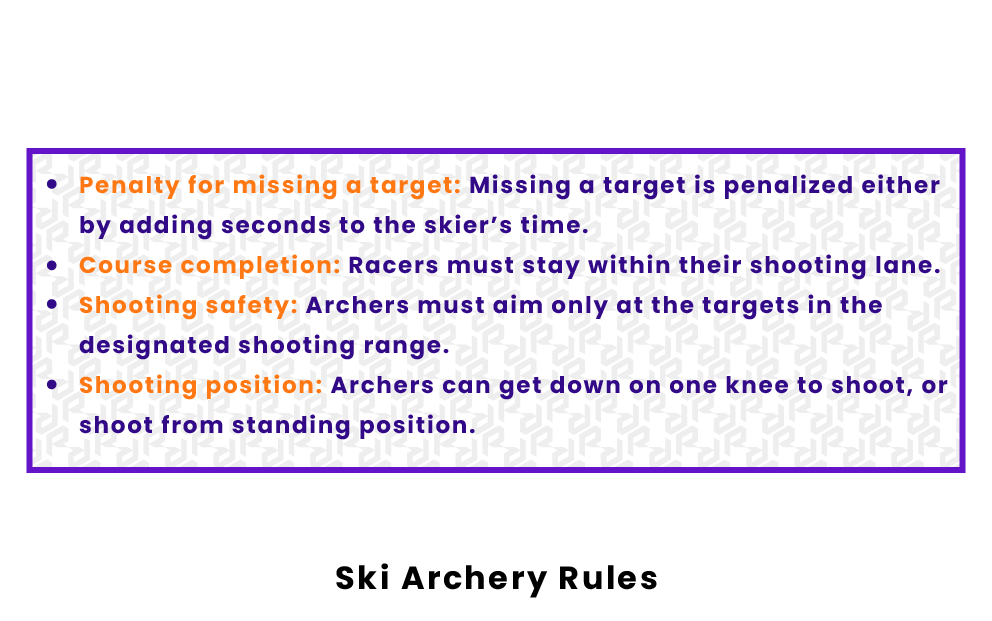 Rules for ski archery often vary between events because there aren’t yet formal regional leagues, but a few basic guidelines are universally enforced to ensure a fun and fair experience.

What is ski archery?

Ski archery is a hybrid winter sport that involves archery and cross country skiing. Participants race through a designated course to shoot sets of 4 targets at a time, moving on from each shooting range only once all 4 targets are down. It can be played as a relay race or individually.  The racer or team with the best speed and accuracy at the end of the finish line wins the race.

What are the origins of ski archery?

The earliest form of ski archery can be traced all the way back to the 1500s, when Scandanavian archers would go bow hunting with primitive skis. More modernly, it took root in 1980s Italy as a variant of the biathlon, where it grew until FITA officially declared it as a competitive sport in 1991. Today, it’s a growing sport throughout Europe, New Zealand, and the United States, and especially popular in naturally snowy regions.

Where can I play ski archery?

Ski archery can be played in any snowy environment fit for winter sports and skiing in particular. The targets and course should be set up beforehand. It’s an uncommon but growing sport, so premade tracks may be hard to find in some places. However, ski archery courses and competitions are fairly common in Russia, Japan, Germany, and Poland in particular.

The typical ski archery course is typically 8 km for women and 12 km for men. Some courses might be drawn in a loop, while others are a straight track with separate start and finish lines.

Pages Related to What is Ski Archery?