How Long Is A Biathlon? 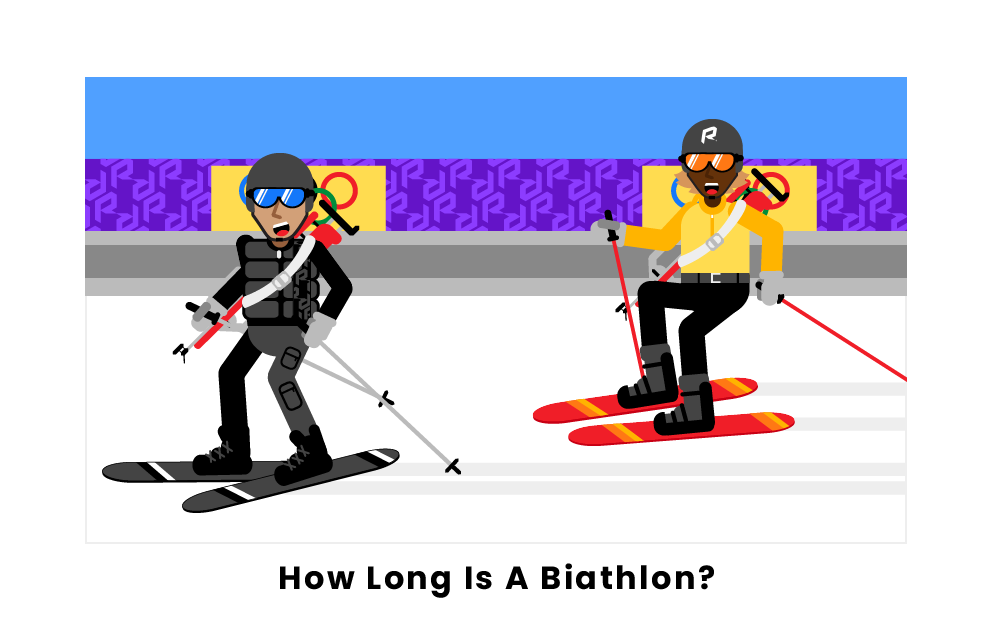 The conventions for the different events also affect the run-time. In many types of biathlon, if a shot is missed, the competitor must ski an added distance as a penalty. This adds to both the time and total distance of any given event. In some events, competitors shoot more carefully to avoid the added distance, and in others, the penalty loops are less of a deterrent. For all biathlon events, women’s events are run for shorter distances than men’s events.

In a men’s sprint biathlon, competitors cover a distance of 6.2 miles. In the women’s sprint biathlon, competitors ski a distance of 4.7 miles. The amount of time that the event takes is affected by the conventions of this type of biathlon. For every shot an athlete misses, they must complete an extra 492-foot loop. The event also uses interval starts, and competitors are going for their own best time rather than competing directly against another athlete.

This is an example of an event in which the penalty is not a huge deterrent, so shooting accuracy is not as vital as other events. Since the 492-foot loop is not typically a big challenge for the skiers who are at the competitive level, athletes attempt to make their shot as quickly as possible rather than taking extra time to be as accurate as possible.

In relay, pursuit, and mass start events, athletes are in direct competition with one another rather than simply racing against the clock. The relay is about 4.7 miles for men and 3.7 miles for women. In a relay, a distance of 150 meters is added for every shot missed. Biathletes are racing against other relay teams, and one member of every team starts at the same time. When one member of the team touches another’s leg, the relay continues.

The pursuit event is about 7.8 miles for men and 6.2 miles for women. Each missed target adds 150 meters to a competitor’s distance. Athletes’ starts are staggered based on their finishing times from a previous race.

In mass start events, the distance is a little over 9 miles for men and 7.7 miles for women. All competitors start the race simultaneously, and each shot missed adds 150 meters to a competitor's distance.

Pages Related to How Long Is A Biathlon?