How Long is a Beach Volleyball Game? 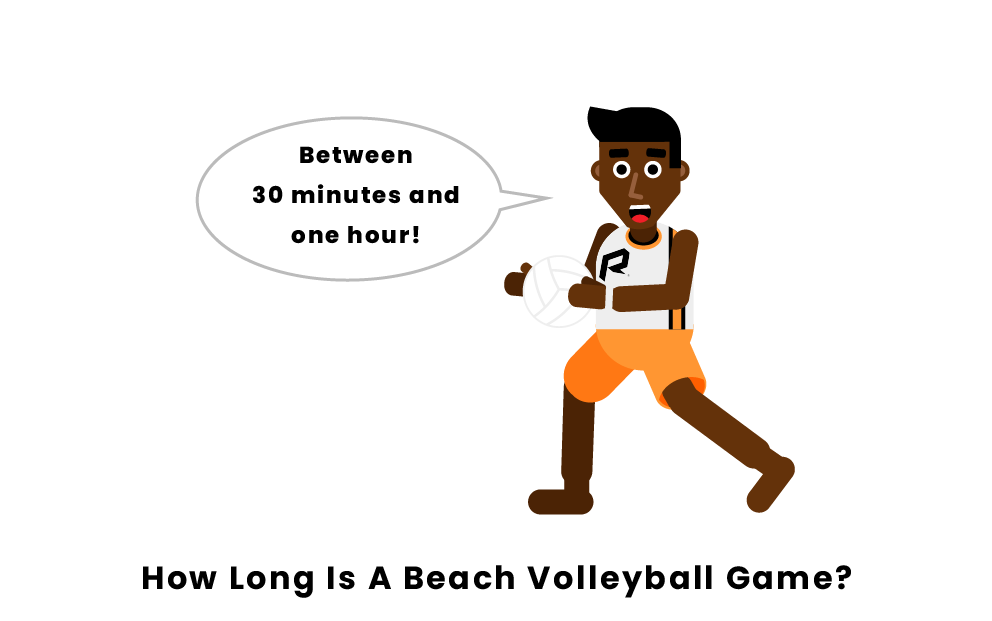 In beach volleyball matches, the first sets are played up to 21 points. In the quite common event that the doubles split the first two sets, a tie-breaker will be played up to 15 points to decide the winner. In addition to that, for a set to be won a team must have two points of advantage over their opponents, and so if a set reaches a score of 20-20, it won't end in 21 points, but rather whenever one team has a two-point margin over the other.

With so many variables, it’s impossible to determine exactly how long a beach volleyball game will last. Nonetheless, beach volleyball is a pretty dynamic sport that runs quickly and where many points are scored. That way, beach volleyball games do not take too long, with most games lasting between 30 to 60 minutes. Naturally, given the scoring rules mentioned above, the longest beach volleyball games are usually the closest ones, as they go into the tie break set. Many times, they will go well above fifteen points, as doubles have such a close match that they struggle to open a 2-point advantage.

Pages Related to How Long is a Beach Volleyball Game?