How Does Scoring Work In Beach Volleyball? 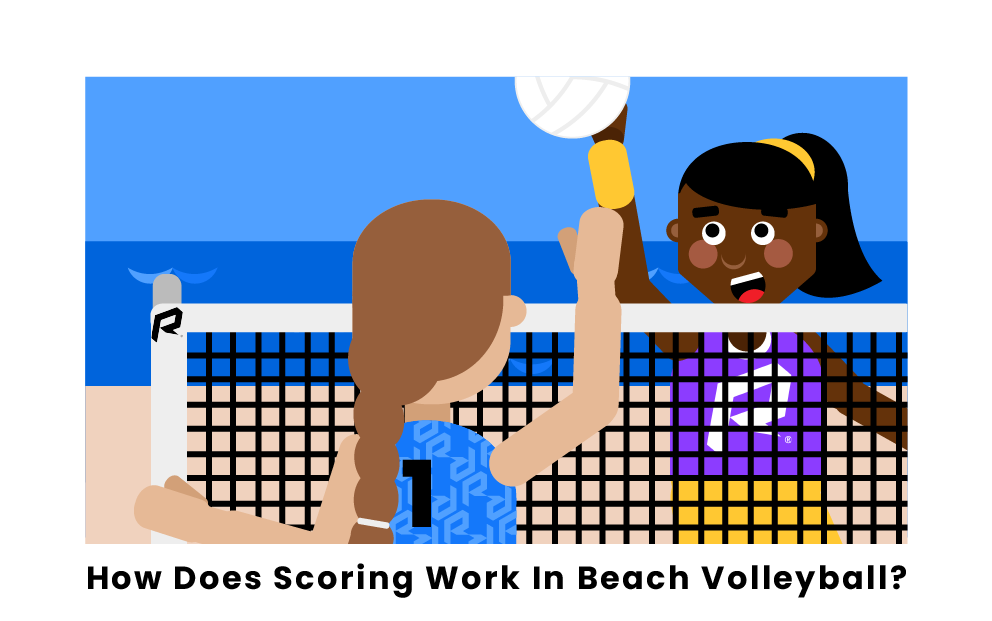 Beach volleyball games are a best-of-three set format where the first two sets are played to 21 points, and the third “tiebreaker” set is played to 15 points. Teams must win by a margin of two points to win each set. Rally scoring is used in beach volleyball, meaning a point is won on each service regardless of the team serving.

In beach volleyball, a point is scored at the conclusion of each rally. The goal is to win more sets than the opposing team, which is done by scoring more points. There are a few different ways that a team can score points.

The main way to score in volleyball is to hit the ball onto the opposing team’s side of the court. This is known as a kill. If the ball touches the ground in bounds, you will be awarded one point, as long as the ball goes over the net between the antennas.

During a beach volleyball match, teams play a minimum of two sets. In each of the first two sets, teams switch sides every time seven points are scored. A set is won when one team scores 21 points with a two-point advantage over the opposing team. If a team reaches 21 points but only has a one-point advantage (i.e. the score is 21-20), the game keeps going until one team has a two-point advantage. The first team that wins two sets wins the whole match. If one team wins the first set and the other team wins the second set, a third tiebreaker set must be played.

How do you score in beach volleyball?

A team scores when the opposing team performs an illegal hit or fails to return the ball over the net and in bounds. This occurs when one team hits the ball into the net, hits the ball more than three times, hits the ball out of bounds, or the ball hits the ground before any player can get to it.

What is the scoring system of beach volleyball?

Rally scoring is the scoring system used in beach volleyball. This means that there is a point awarded to one team or the other on every rally. A team scores a point when the opposing team is not able to return the ball over the net legally. Depending on the league and age level, matches may be played to different scores, and the number of sets may vary. In traditional beach volleyball, two sets are played to a score of 21, with a third set being played to 15 points if needed.

What are the basic playing conditions of beach volleyball?

Unlike indoor volleyball, beach volleyball is played on a sand court, and players do not wear shoes. Therefore, it is important that the court is free from debris so that players do not cut their feet while playing. At the USA Volleyball and NCAA doubles competition level, the court is 16m by 8m. The posts are 1m away from each sideline and 10m apart from one another. Recreational courts are usually larger to allow for more players.

To be a good beach volleyball player, one should be agile and have a good reaction time. These are important skills because players need to be able to quickly respond to hits from the other team. A good beach volleyball player must also be strong in all of the essential volleyball skills, including passing, hitting, serving, and playing defense. In addition, players should have solid ball control to strategically place the ball for their teammates and against their opponents.

Pages Related to How Does Scoring Work In Beach Volleyball?