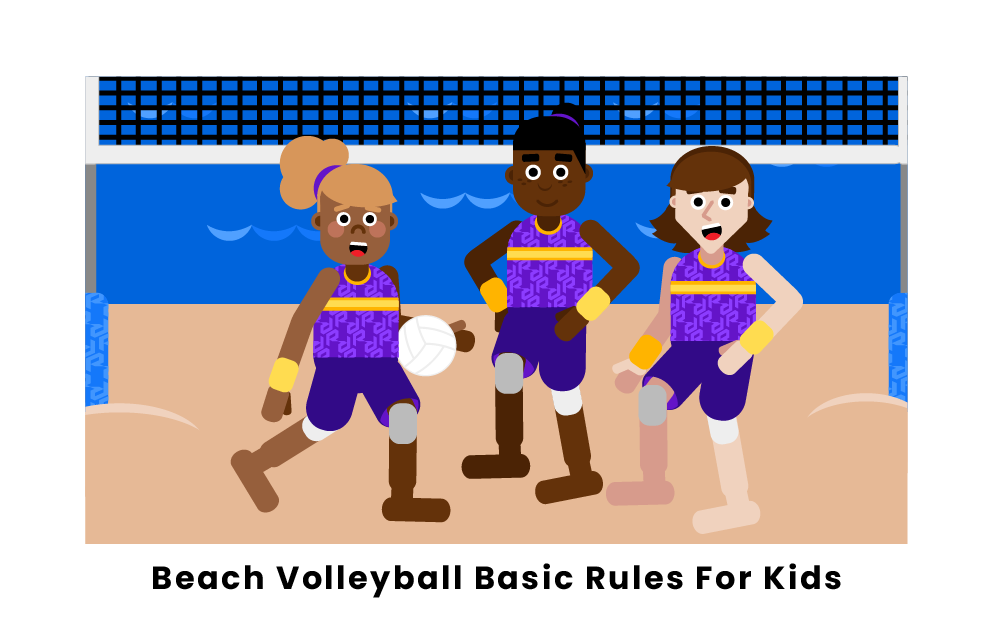 In beach volleyball, there are two players per team.

If a third game must be played to determine a winner, the games are up to 15 points rather than 21. To win in the third game, a team must score 2 points ahead of the other team.

Teams can only touch the ball three times before it has to go over the net.

Players cannot hit the ball twice in a row.

If a player touches the net, the other team will get a point.

A play is started when one player serves the ball over the net from behind the line in the sand.

There are no positions in beach volleyball. Players can move anywhere on their side of the net.

A block counts as one of the three hits, but a player can hit the ball again if they blocked.