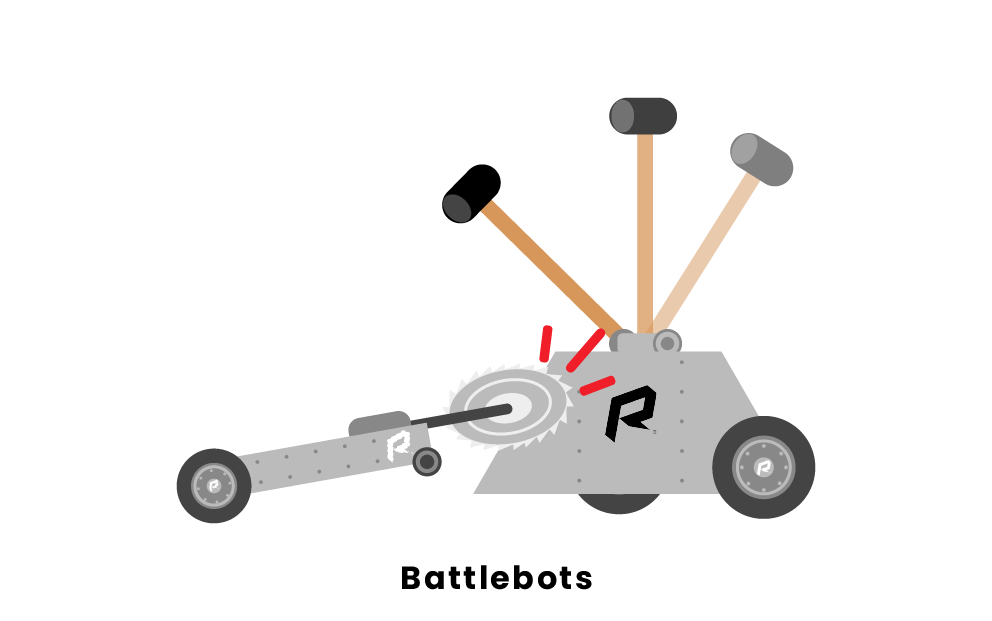 During the early 1990s, Robot-Combat began to grow in popularity. Marc Thorpe, a UC Davis graduate, was a pioneer for the early years of the sport. He created the first robot on accident, trying to create a remote-controlled vacuum. This violent mistake led Thorpe to create Robot Wars in 1994, an event where homemade robots would fight to the death in front of a live audience. The event began to gain attention as robots became more complex and lethal. Unfortunately, by the late 90s, legal issues had derailed the Robot Wars franchise, but a new champion had risen to the reigns. In August 1999, veteran builders Trey Roski and Greg Munson hosted the first official BattleBots competition in Long Beach, CA. This mid-sized event grew to become a national sensation airing on stations such as Comedy Central.

There are a few ways for this to happen. If a robot cannot move for 10 seconds because it has been dealt with too much damage or it is caught on one of the arena's, or BattleBox, many hazards, then it will lose the match. While the show was airing on Comedy Central, drivers were allowed to "tap-out" if they did not want to see any further damage done to their robots.

If both bots are still standing after 3 minutes, a panel of 3 judges will distribute a total of 45 points across three categories (Aggression, Strategy, and Damage). The bot that earns the most points will be crowned champion.

The Future of Battlebots

The sport gave fans a more humane version of ancient gladiator fights. Since its creation, its popularity has dwindled, but as technology continues to advance, we could see the sport return to prominence in the near future.