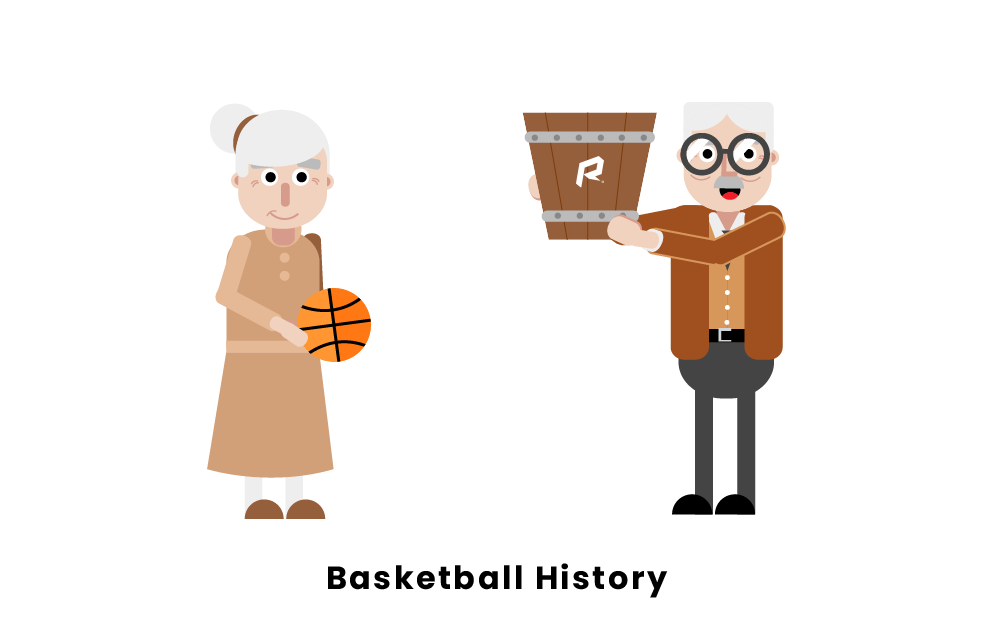 Basketball is a fast-paced, exciting game that requires just a ball and a hoop to play. The sport is a highlight machine that never fails to deliver entertainment and features some of the world’s greatest athletes. Though it is popular around the world, there’s no doubt basketball has its biggest influence in the United States, but you might be surprised to learn the creator of the sport was born in a different country. Read on to learn about the inventor of basketball and the progression of the game.

James Naismith, a Canadian-born school teacher, invented the game of basketball during his time as a graduate student at Springfield College in 1891. The origins of the sport are not as serious as one might expect. Luther Gulick, the physical education superintendent at Springfield College, asked Naismith to think of an indoor activity that students could enjoy during the harsh New England winters. Many of the male athletes at the time played football or lacrosse, both intense and fast-paced games that were played during the warmer months. These athletes needed some activity to keep in shape during the winter, and Naismith had the perfect solution.

At the time, Naismith was a 31-year-old physical education instructor and graduate student, and he needed something to entertain his class. Gulick had instructed him to create a game that would be easy for anyone to learn, yet complex and fast enough that athletes could enjoy it. There was also a need for a large group of players to be able to play at once, and the game needed to provide good conditioning without the roughness and chance of injury present in football or rugby. The result for Naismith was basketball, a sport that borrowed from many others at the time, such as rugby, lacrosse, soccer, and a childhood game Naismith had played in Canada called duck on a rock. It’s from that game where Naismith had the idea for a horizontal goal that required the ball to be shot up and in, rather than directly shot in like in lacrosse.

The first-ever college basketball game was played in February of 1895 between Minnesota A&M and Hamline University. The game was played in the basement of the Hall of Science on Hamline’s campus, and a makeshift court had to be erected for the occasion. The result of this first-ever intercollegiate matchup was a 9-3 win for the visiting team, a score more closely resembling modern baseball than basketball. One reason for the lower score was that at the time, basketball teams would each field nine players at a time, crowding the court and making scoring much more difficult. The first five-on-five intercollegiate game was played a year later between the University of Iowa and the University of Chicago, with the game being a 15-12 victory for Chicago.

The first professional basketball game ever played came in November of 1896 between the Trenton YMCA and the Brooklyn YMCA. The game took place in Trenton, New Jersey, and an admission fee was charged to all attendees. In addition, each player received $15 for the game except for Fred Cooper of the Trenton YMCA, who received $16. The game was a blowout, with Trenton winning 15-1, but it was the start of something special in America. Two years later, six different teams from Philadelphia and New Jersey formed the National Basketball League, the first official pro basketball league. It wasn’t for another 51 years that the NBA would be created, flourishing into what we now know as the top basketball league in the world.

Who is the inventor of the sport of basketball?

The inventor of the sport of basketball is James Naismith. At the age of 31, Naismith was a graduate student and instructor at Springfield College in Massachusetts, where he was studying physical education. The superintendent of his department tasked Naismith with creating an indoor game suitable for the winter months where athletes could maintain their conditioning and have an enjoyable activity to play.

What was the first ball used in basketball?

The first ball ever used in basketball was actually a soccer ball. When the game was first created, Naismith did not have enough money to invent a new ball, so they simply took an existing soccer ball and used that. Later, Naismith contacted A.G. Spalding and Bros, an American sporting goods company, and asked for their assistance in producing a new ball for his game. Their creation was a leather ball held together by laces that was much lighter than basketballs today.

When was basketball first played?

Basketball was first played in 1891 in Springfield, Massachusetts. This is where Naismith got to test out his new creation, though the game looked a lot different than the modern version. Both teams would have nine players on the court at once, and peach baskets were used as hoops rather than the metal rims and nylon nets we see today. Many of the first games played had extremely low scores due both to the fact that there were so many players on the court at once and that it was an unknown game for everyone involved.

Pages Related to Who Created Basketball?