Who Are The Chicago Bulls' Biggest Rivals? 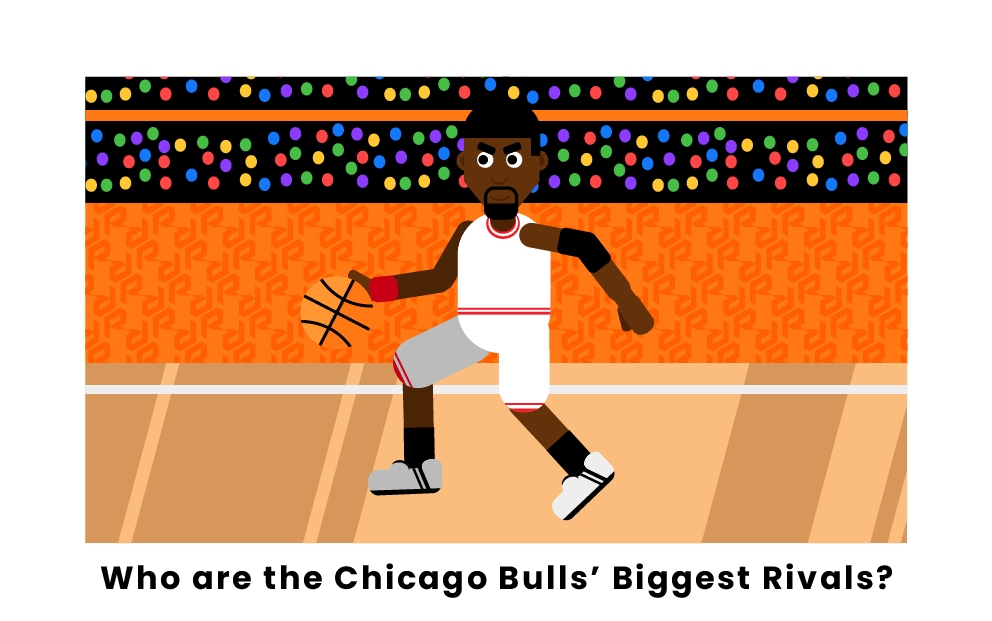 The Chicago Bulls’ biggest rivals are the Detroit Pistons, Miami Heat, and New York Knicks. The Chicago Bulls are a team that hardly needs an introduction. Added as an expansion team to the National Basketball Association (NBA) in 1966, this franchise has a long history. That history includes six championships, all of which were won with the help of who many consider to be the greatest basketball player of all time, Michael Jordan. Being the best tends to create enemies, and where there are enemies, legendary rivalries are sure to be found.

There are differing opinions on when the saga between the Chicago Bulls and the Detroit Pistons really began. Some mark the 1988 playoffs as the birth of the rivalry between the two franchises. Others point to much earlier events for signs of the budding feud. Starting from the very beginning, the Bulls drafted Michael Jordan in 1984 and immediately ruffled some feathers (Isiah Thomas’, to be exact). Jordan quickly surpassed Thomas as the hometown favorite, sparking tension before the two ever met. It’s rumored that Thomas then organized a freeze-out at the 1985 All-Star game to embarrass the rookie, but this would have repercussions.

The two teams played each other plenty of times in the following years but of most consequence are the playoff games. The Pistons sent the Bulls home three years in a row, cementing their role as “Bad Boys” and becoming known for their particularly aggressive style of play. Come 1991, the Bulls were ready to change the narrative and defeated the Pistons to become Eastern Conference Champions. Detroit’s Bad Boys walked off the court with seconds left on the clock and didn’t bother to shake hands with or congratulate the team that would go on to win the next three NBA Finals.

After the Pistons bowed out, the New York Knicks quickly stepped in as the Bulls’ chief rival. With both teams residing in the Eastern Conference, they frequently had to play each other to determine who would get the chance to become Conference Champion. Needless to say, the stakes were high. The Bulls and Knicks met in the playoffs five different times from 1991-1996. Though the best of seven series’ were tough, Chicago managed to send the Knicks home in ‘91, ‘92, and ‘93. The New York team returned the favor in 1994 but weren’t able to overcome the Houston Rockets in the NBA Finals. The last chapter of this storied rivalry takes place in 1996, with the Bulls once again coming out on top on their way to achieving their second three-peat.

The Miami Heat weren’t founded until 1988, but by 1995 they were already making some noise as real contenders in the Eastern Conference. They were hushed when they were eliminated from the playoffs in the 1996 and 1997 seasons, but not silenced. Of course, the Bulls went on to become NBA Champions in ‘96, ’97, and ’98, but the Heat would have their time to shine. The young team from Miami was able to win it all for the first time in 2006, then again in 2012 and 2013. In 2011 and 2013, the Heat and Bulls met in the playoffs, and both teams had high hopes for an NBA Championship. However, the Heat prevailed in both series’, beating the Bulls in five games each time. Matchups between these two teams were all the more entertaining because of stars like Derrick Rose in Chicago and Shaquille O’Neal, Dwayne Wade, LeBron James, and more in Miami.

Are the Bulls and Cavaliers rivals?

It’s hard to say that the two teams are rivals now, but at one point they were two of the best teams in the Eastern Conference. That fact alone is enough to breed some tension between the two franchises. Let’s not forget that these teams also drafted two of the greatest players of all time in Michael Jordan and LeBron James. Both players were able to lead their respective teams to championships, but historically, the Bulls have had the edge when the teams meet up.

Who is the Chicago Bulls’ biggest rival?

This may not necessarily apply in the present day, but the Detroit Pistons will likely go down as the Chicago Bulls’ biggest rival. The often revered Jordan era, along with the infamous Bad Boy era, couple to create one of the most notorious rivalries in all of sports. The two franchises had competitive teams, star-studded rosters, and enough animosity between the players that every meeting was must-see television. It was so intense that some of that hostility between the players involved still exists today.

Why are the Bulls and Heat rivals?

The Chicago Bulls and Miami Heat are rivals because of their intense and star-studded matchups in the 2000s and 2010s. The Bulls had a star in Derrick Rose, and the Heat were building a dynasty around LeBron James, Dwayne Wade, Chris Bosh, and more by 2010. The Bulls were typically sending the Heat to an early off-season, especially in the 90s and early 2000s, but this changed in 2006 when the Heat won their first NBA Championship. In the 2010s, the Heat would take the upper hand in the rivalry and win two more championships in 2012 and 2013, defeating the Bulls along the way.

Pages Related to Who Are The Chicago Bulls' Biggest Rivals?