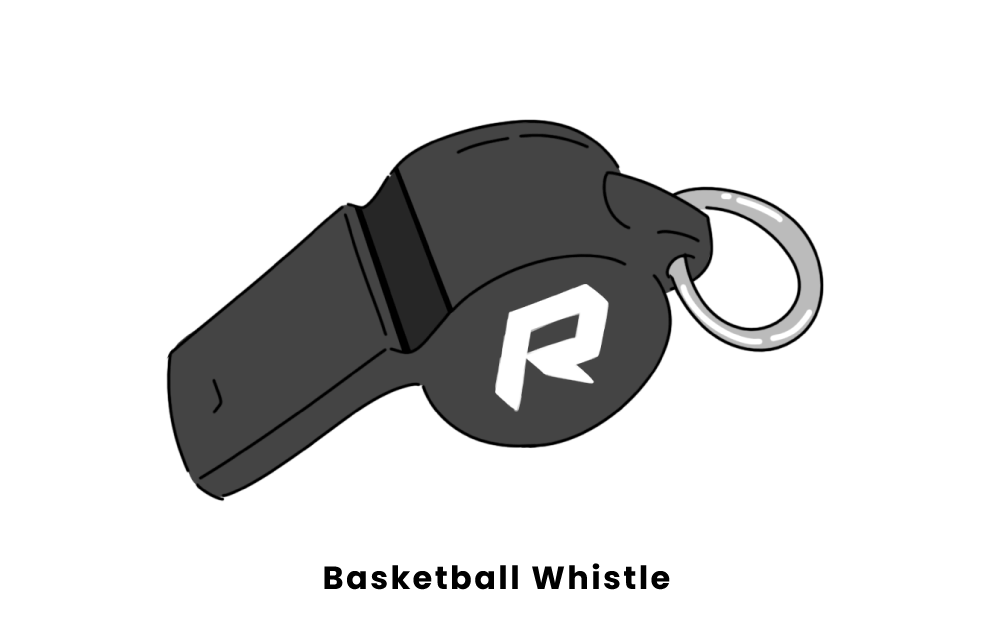 In basketball, whistles are a piece of equipment used by the referees in order to signal the start or stop of play. Whistles have been around for a long time and have even changed over time to fit more modern technology. There is a lot to learn about the different types of basketball whistles.

What are whistles used for?

A whistle is a small piece of equipment that uses either air or a button to produce a loud high-pitched sound. Nowadays, whistles are typically made from either metal or plastic and can be found at almost any sports store for pretty cheap. For the most part, basketball whistles are very similar to those used in other sports such as football, soccer, and hockey.

In basketball, whistles are only used by referees and are used to signal the start of play, end of play, a foul or a timeout. The referee may also use the whistle to give a short notice before a dead-ball period ends, such as to break the teams up from their huddle during a timeout. Whenever a whistle is blown, all play immediately stops. While some referees in smaller or youth leagues may not have whistles, it is important to have to lessen confusion during the game.

When looking for a basketball whistle, you'll want to consider the following: 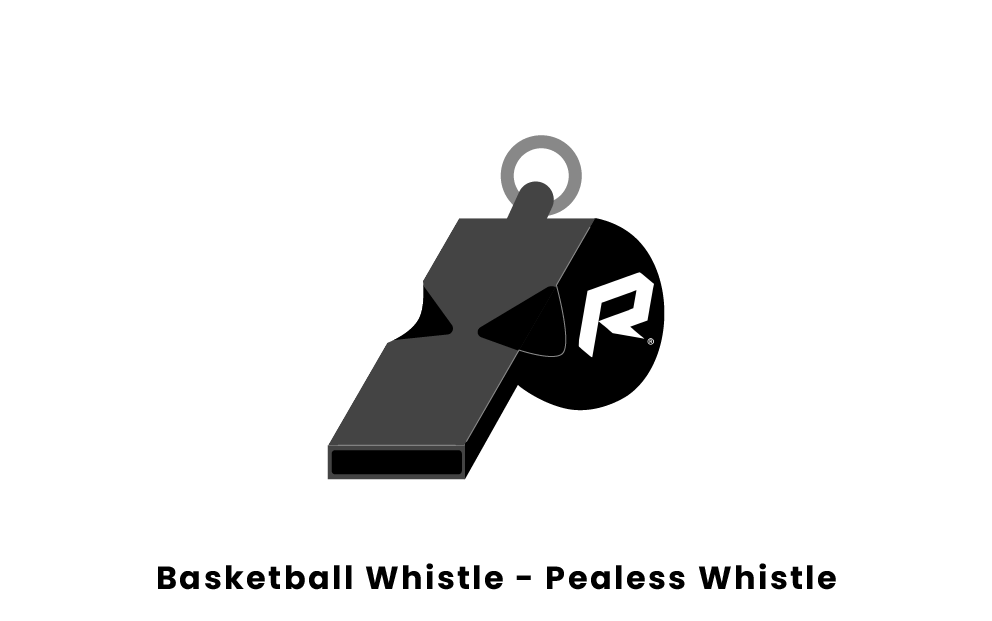 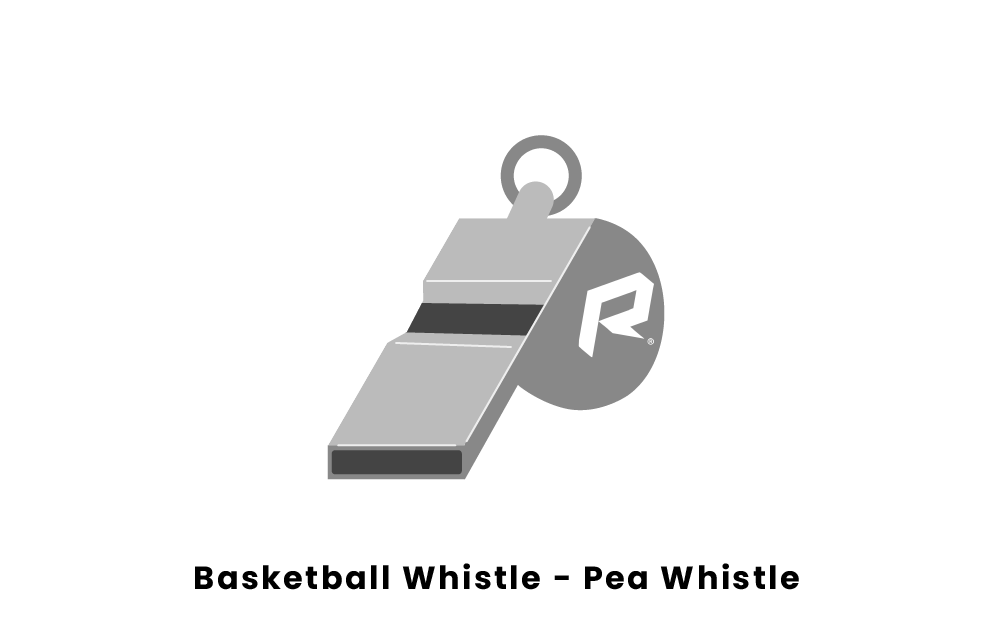 Pea whistles are the oldest type of whistle. They are most commonly made of metal and use a small ball within the whistle to vibrate against the drum and produce a sound. While this type of whistle is still very common today, it is typically not as loud as a pealess whistle and different materials such as saliva and dirt can stick to the pea. It is also possible to become jammed or stuck. 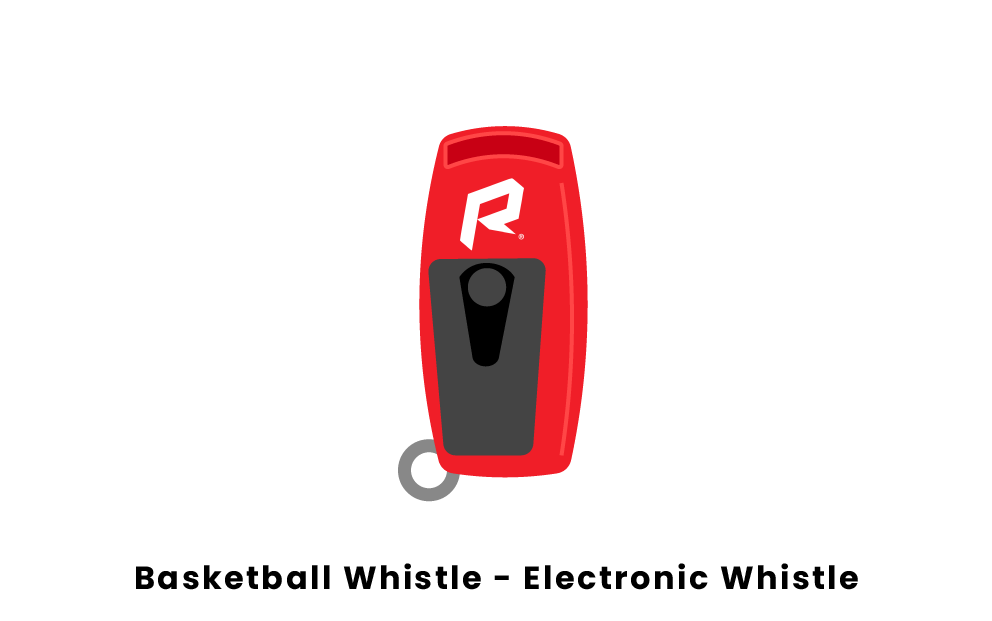 An electronic whistle is a whistle that simply requires the user to press a button in order to create a sound. These whistles tend to be more expensive than traditional whistles and are very rarely used by referees. However, because of the COVID-19 pandemic, electronic whistles have become more common as they are the most sanitary option and can be used while wearing a mask.

Basketball whistles are primarily made of plastic or metal.

The top brands that manufacture basketball whistles are Spalding, Fox 40, and Hipat.

Before buying a basketball whistle, it is important to consider the durability, volume, and cost.

Whistles are usually made to last a while, but their lifespan may depend on how and where they are used. Plastic pealess whistles, like ones from Fox 40, tend to last the longest. Metal pea whistles may have a shorter lifespan as they can easily get clogged or jammed or even rusted. Since basketball whistles do not go underwater or in drastic temperatures, they should be able to last a long time.

Depending on whether a whistle is being used for a recreational league or at an NBA contest, the volume of the whistle may vary greatly. NBA and NCAA whistles tend to range around 115-125 decibels in order to be heard over even the loudest of crowd noises. Referees at smaller leagues typically use much quieter whistles.

Whistles can cost anywhere from just a few dollars to around $30 depending on the kind. Some retailers like Spalding and Hipat produce cheaper whistles, whereas Fox 40 makes much higher quality and louder whistles that cost more. Electronic whistles tend to be the most expensive as they cost the most to produce.

What are the best basketball whistles?

What whistle do they use in the NBA?

The official whistle that they use in the NBA is a Fox 40 pealess whistle. These whistles tend to be very loud and can be easily heard over the booming crowd noise. The inventor of this whistle was actually a former NBA referee.

How much do whistles cost?

Whistles can cost up to $30 for the highest quality whistle. Most cheaper whistles will only cost a few dollars, but higher quality and louder whistles will range around $20. Electronic whistles are the most expensive as they cost the most to produce.

What are the kinds of basketball whistles?

There are three main types of basketball whistles: pea, pealess, and electronic. Pea whistles are typically made of metal and use a small ball within the whistle to vibrate and make sound. Pealess whistles only use air flowing through chambers and are typically made from plastic. Electronic whistles are a small machine that requires the user to press a button which mimics the sound of a traditional whistle.