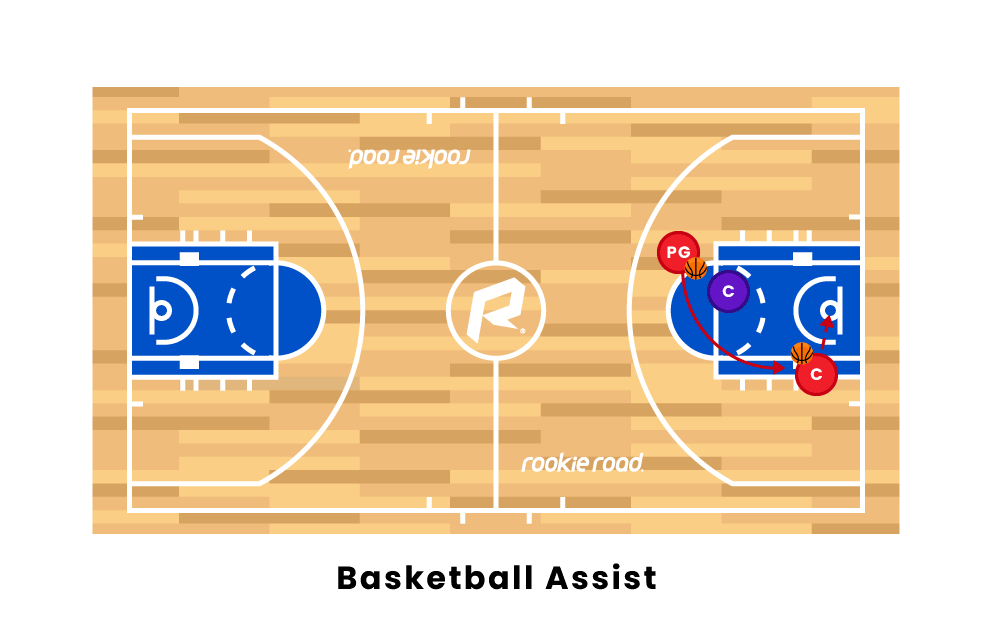 What is an Assist in Basketball?

An assist in basketball is a statistic recorded when a pass by a player to another player on the same team leads to a scored basket. Assists are subjective statistics, meaning that it is up to the scorekeepers to decide whether a pass fits the criteria for an assist. The definition encompasses many types of passes, post ups, fast breaks, lobs, and specifies that the scoring player can take up to two dribbles if the pass still directly led to the basket.

It is commonly assumed that the more assists a team has the more successful they will be, since ball movement creates open shots and less isolation, low efficiency plays.

Assists have been recorded since the start of the NBA, and have become a more common aspect of every position's stat line.

Guards, specifically point guards, used to dominate the assist totals for a team, and while they still lead their teams in the modern era, forwards and centers have seen their average rise with the domination of the three point shot and the need to space the floor.

Players are not allowed to interfere or make contact with the ball when it is on the rim. This is called an illegal assist to score points. An example of an illegal assist would be if a teammate reached up to the ball and tapped it into the hoop while it was touching the rim.

The result of an illegal assist is a violation. The other team gets possession of the ball at the free throw line extended.

A secondary assist in basketball is credited to any player that passes the ball to a teammate and that teammate goes on to score points. But, there's a catch. For a secondary assist to count the assisting player must pass the ball within two seconds and at most one dribble.

There is a statistic that tracks secondary assists called Secondary Assists Per Game. This stat is also known as a hockey pass.

A free throw assist in basketball is credited to a player that makes a pass to a teammate and that teammate goes on to make at least one free throw after being fouled. For a free throw assist to count the teammate must be fouled within four seconds and at most two dribbles. Here's how it works:

When is an assist not recorded in the NBA?

Players are not awarded an assist in the NBA if the scoring player got fouled and made the free throws.

Who has the most all-time assists in the NBA?

John Stockton is the all time leader in assists with 15,806. Jason Kidd and Steve Nash round out the top three but neither are close to Stockton's record. Magic Johnson has the NBA title for highest assist per game average at 11.18.

Who leads the NBA for the most assists in a single game?

Scott Skiles set the record for most assists in a single game with 30 in 1990.