What Are The Best Seats At A Basketball Game? 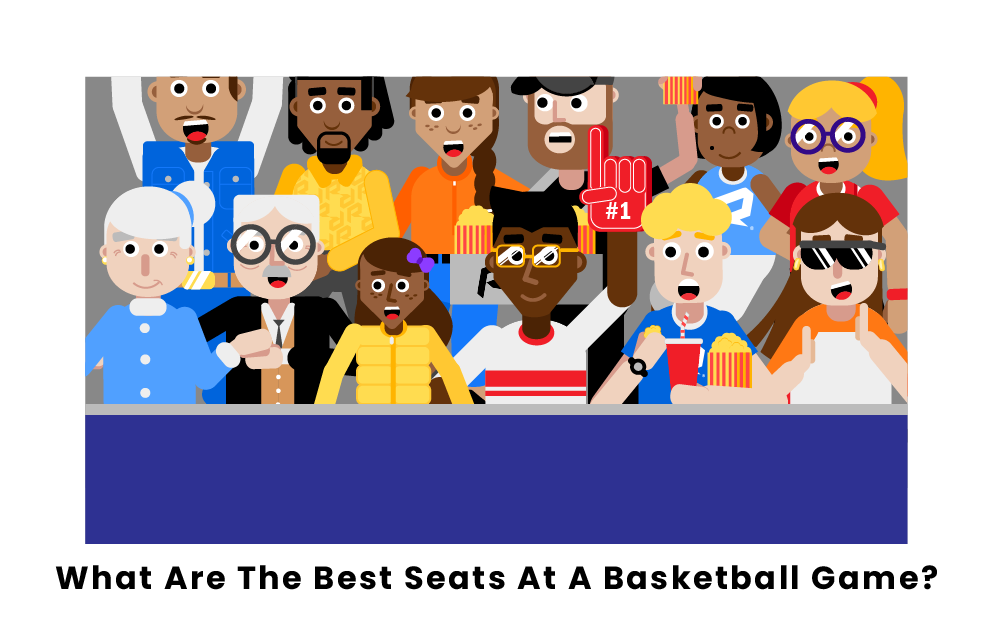 Attending a basketball game can be a dream come true for kids and adults alike. There’s nothing quite like the energy of a full arena when the home team sinks a three-pointer or swats the opponent’s shot. A basketball court is one of the smallest playing areas among the major sports, so seating is limited compared to sports such as baseball and football. This creates a more tightly-packed environment where chants are louder and the seats are closer than ever to the action. Read more below to find out what the best seats at a basketball game are.

The NBA is one of the only leagues in the world that allows fans to sit directly on the playing field, or in this case, court, during professional games. NBA arenas feature courtside seating on both sides of the court, with fans even allowed to sit right next to a team’s bench. On the baseline, fans have to sit a little further back in order to give players room, but they can still be face-to-face with the action. Oftentimes in an NBA game, there will be multiple instances of players crashing into the crowd as they go for a loose ball or falling down into fans after losing their balance. This creates a unique environment where people attending games can literally touch their favorite players, though teams have strict rules prohibiting any tampering with gameplay.

While these seats are clearly the best in the house, they don’t come without a hefty price tag. Courtside seats usually have costs in the thousands, and sitting on the hardwood gets even more expensive come playoff time. The average courtside seat for the 2022 regular season costs about $15,000, and for the NBA Finals, a courtside seat costs $50,000. Usually, fans who purchase these tickets are either celebrities or friends of the owners. There are some other benefits that do come with this high price, however. Fans sitting in these seats are serviced by staff at the stadium, meaning they don’t have to leave their seats to get refreshments.

Right behind the courtside seats is the lower level of the arena. These seats are set slightly above the court but still offer fans a tremendous experience. From these seats, fans can still hear the sounds of the game, including coaches and players communicating. Though they may not be right in front of the action, seats in the lower level are still considered above average. For the 2022 regular season, the average cost of a ticket in this level was around $280, and in the Finals, the average cost was around $4,000.

As you move up the lower level, you get towards what is considered the middle level or mezzanine seats. These seats are further from the court and are more elevated than seats in the lower level, though they still offer a great view of the action. Though the seats aren’t as close as the lower levels, they do offer one advantage. These seats are usually located just in front of food and beverage stands in an arena, meaning it’s a short walk for fans who are hungry or thirsty. Bathrooms also tend to be located nearby, so fans can quickly go and come back without missing too much of the action. For the 2022 season, the average ticket price in this section was $100, and the average ticket cost for these seats in the 2022 Finals is around $2,000.

Basketball arenas feature two main sections of seating. The lower section includes courtside, lower level, and middle level seats. The upper section is the second deck, the top of which is referred to as the “nosebleeds.” These are always the cheapest tickets at a basketball game, as they are very far from the court. In addition, the angle at which fans have to watch the game can be disorienting for some, as the seats are high above the court. During the regular season, these seats sold for an average of around $42, and the average cost of a ticket in the upper level for the 2022 Finals is around $900.

Other than the level, one important consideration for fans when purchasing tickets is their position relative to the court. Seats located close to the half court line are more desirable since they allow fans an even view of both sides of the court without having to strain their necks. However, some fans will prefer seats located off to the sides, as they can sit right behind the bench of their favorite team. The least desirable seats are usually those located behind the baselines, as they only offer fans a good view of one end of the court. These tickets tend to be the cheapest. In the regular season, baseline nosebleed tickets can sell for as low as $10, but in the 2022 NBA Finals, they were going for up to $700.

Pages Related to What Are The Best Seats At A Basketball Game?