What Are the Basic Rules of Basketball? 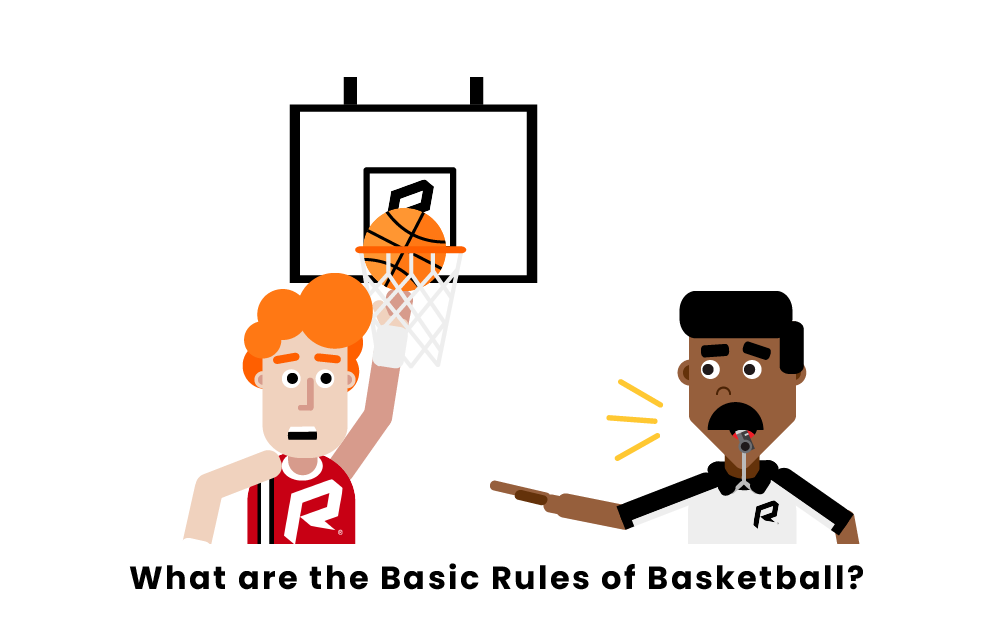 The basic rules of basketball govern how the game is played and ensure uniformity for all levels of the sport. Basketball is a sport that encompasses a wide variety of rules and regulations. Many of these rules can vary from league to league, but the basic rules will usually remain the same.

Before discussing some of the more complicated rules of the game, it is important to first understand the basics. Basic rules include violations that can result in fouls, turnovers, or free throws for the opposing team. Listed below are some of the most basic rules to know in basketball.

Basketball courts are typically hardwood, however, outdoor courts are usually blacktop. The average basketball court will feature two hoops, and the height of the hoops will vary based on the age group playing. Any given full-size court is about 94 ft long and 50 feet wide.

The goal of basketball is pretty simple. In order to win, a team must score more points than their opponent within the established timeframe. This is accomplished by putting the ball through the basket that the opposing team is defending. The team who earns the most points by the end of the game is declared the winner.

A team is required to have five players on the court at all times, making ten total players between the two teams. The only exception to this rule is when a team is left with fewer than five eligible players due to injury or disqualification. While each player will typically have their own unique role, each player can perform the same actions as any other player on the court.

Player substitutions can only occur in dead-ball situations after the whistle is blown, for example, during free throws, timeouts, or after an out-of-bounds call. In most cases, each team will have an unlimited number of substitutions per game.

In basketball, each team has a predetermined number of timeouts that they can use over the course of a game, which varies based on the league. Timeouts can be called by a player on the court or a coach and will typically last about one minute and 15 seconds or 30 seconds, depending on the type of timeout. Unless it is a dead ball, only the team with possession of the ball may call a timeout. Coaches will often use timeouts when a team is struggling in order to regroup and discuss strategy or to halt the other team’s momentum.

Players can only move the ball by passing or dribbling. To be able to move while in possession of the ball, a player must dribble the ball by bouncing it between the floor and their hands. If a player walks or runs with the ball without dribbling, they will be charged with a traveling violation. A travel results in a turnover. A player is usually allowed to take a maximum of two steps between dribbles, with anything more resulting in a travel. 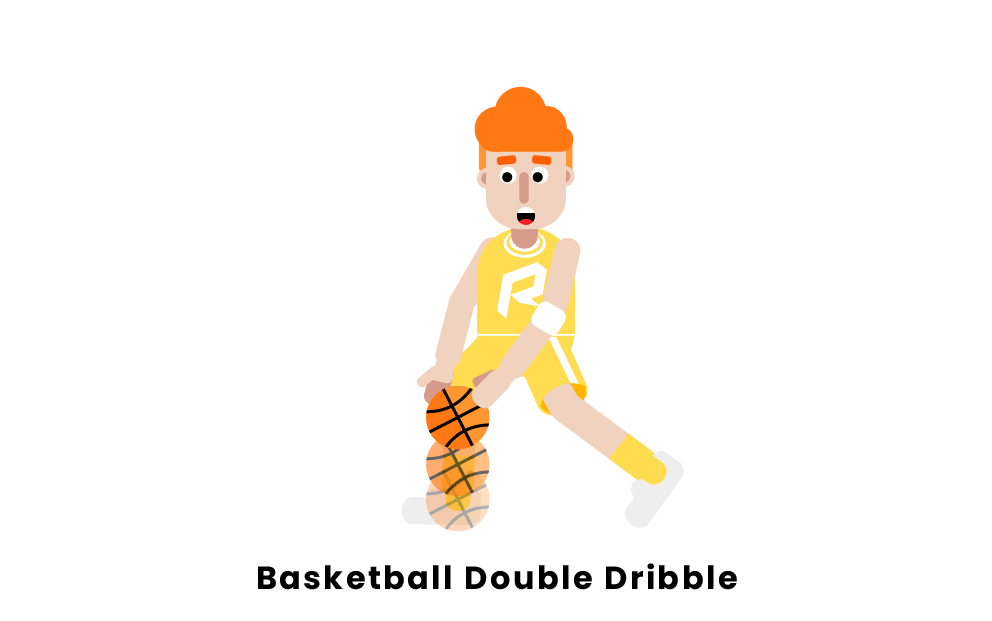 The ball and players in possession of the ball must always remain within the boundaries of the court. If a player or the ball goes out of bounds, the ball will be given to the opposite team of whoever touched it last. To inbound the ball, a player must stand out of bounds and pass in-bounds to their teammate within a five-second countdown.

On defense, players are supposed to stop the offensive player from scoring without unnecessary physical contact. If any player on either side of the ball uses physical contact to stop an opposing player, they will be called for a foul. Common types of fouls include shooting fouls, blocking fouls, reach-in fouls, or charging fouls. Fouls will stop the clock and can result in free throws, turnovers, or taking the ball out of bounds.

Similar to fouls, violations occur when players commit rule violations that do not involve contact with other players. Some of the most common types of violations include back-court violations, traveling, goaltending, and double dribbles. These violations do not result in free throws like fouls often do, however, they will cause a change in possession or points scored. Committing lots of violations can seriously hurt a team’s chances of winning.

What are the different positions in basketball?

There are five main positions in basketball: the center, the power forward, the small forward, the shooting guard, and the point guard. Each position has a different responsibility on the court, and the best basketball teams have great chemistry from position to position.

Who invented the basic rules of basketball?

James Naismith is credited with inventing the game of basketball. While modern basketball rules have changed quite a lot since then, the fundamentals of the game are similar. Naismith came up with the idea for basketball when his students were forced inside due to winter conditions. As typical sports like football and baseball could not be played indoors, Naismith wanted to create a new game that was less dangerous but still very active, thus creating basketball.

What are the rules for fouling out in basketball?

In basketball, the rules for fouling out vary depending on the league. In NCAA basketball, a player is disqualified if they reach five personal fouls. In the NBA, a player will foul out after reaching six fouls. An extremely egregious or dangerous foul can sometimes result in a flagrant 2 foul, in which case the player is immediately ejected from the game. In most cases, players will also be ejected if they receive two technical dead ball fouls.

Pages Related to What Are the Basic Rules of Basketball?