What Is A Carry In Basketball 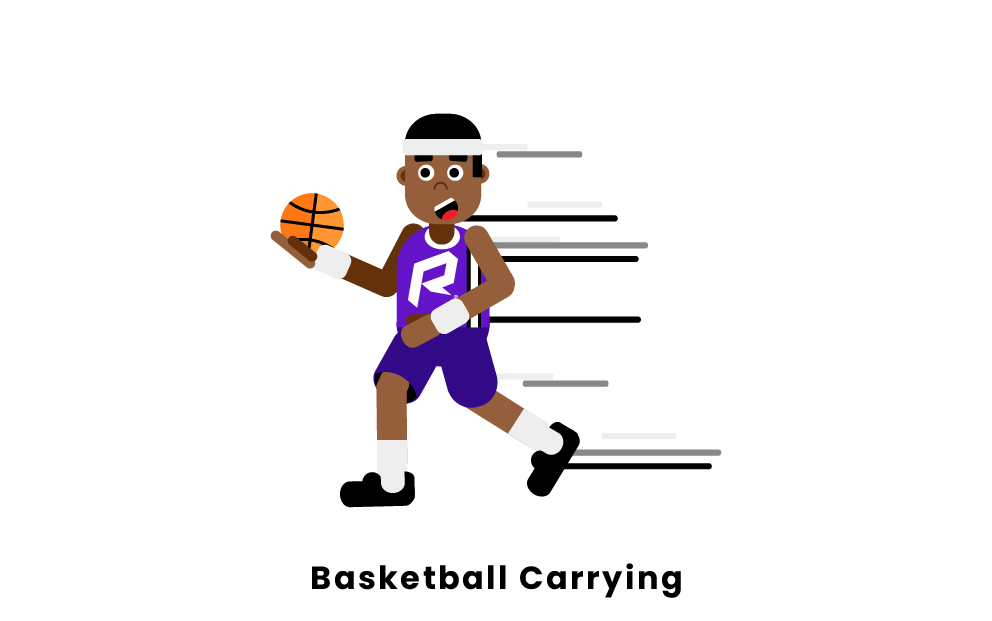 Basketball players are required to constantly dribble the ball while they move with it around the court. If they fail to keep dribbling and hold onto the ball while moving, they commit a carrying violation. Keep reading to learn more about carrying in basketball and what happens when a player carries.

What Is Carrying In Basketball?

Carrying in basketball is a violation in which a player “carries” the ball or allows their hand to go underneath the ball while dribbling. If a player stops their dribble by supporting the ball from underneath (even for a second) and then continues to dribble, this is considered a carry. In other words, a player cannot pause his dribble to lift the ball in the air with their palms facing up. This violation is also known as palming.

The two types of carrying violations in basketball are double dribbles and palming. When a player holds the ball with both hands after dribbling and then starts dribbling again without bringing the ball above their head, it is a double dribble. Palming occurs when a player touches or supports the ball on the bottom or side with one hand, preventing continuous dribbling.

How to Prevent a Carry in Basketball

In order to avoid carrying calls, ball handlers must be able to keep their dribble continuous without hesitation or any need to pick up the dribble. They also need to focus on having their palms facing downwards at all times when dribbling the ball.

Result of a Carrying Violation

Carrying will be called at every level of basketball, although youth leagues often allow some leeway. A carrying violation will be whistled by the referee and will result in a turnover to the opposing team.

Is carrying the same as palming?

Yes, carrying is a common term used to refer to the palming violation. Players that allow their hand to go underneath the ball for any reason while dribbling are considered to be carrying the ball and called for a foul by the referee.

Pages Related to What Is A Carry In Basketball