What Is 3-Second Violation In Basketball? 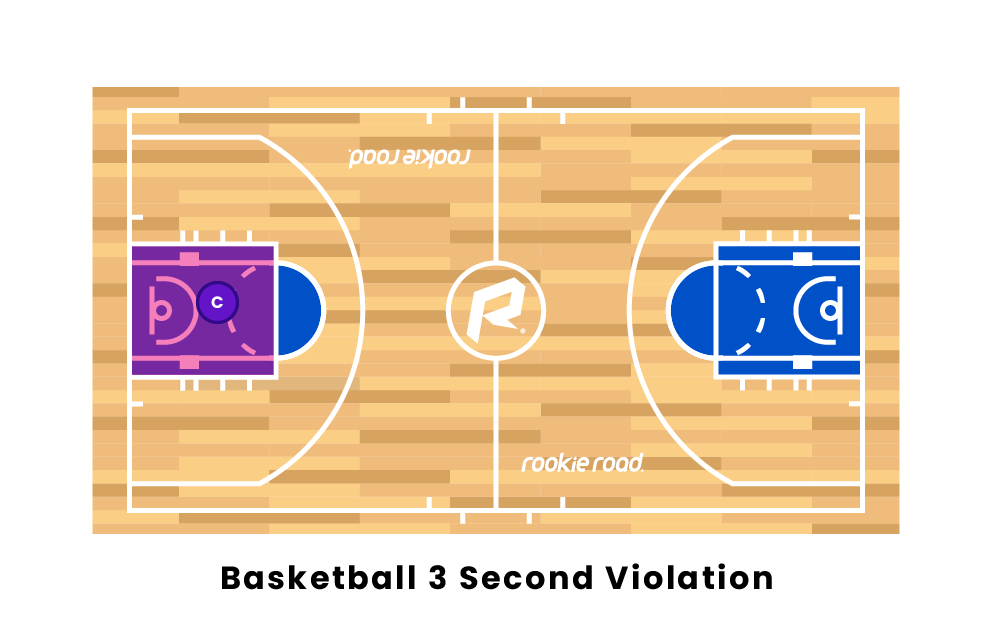 A 3-second violation in basketball is a rule that says that a player cannot stay inside the paint for more than three consecutive seconds.

This rule helps to make basketball a more dynamic game, requiring players to move around the court and preventing big men from staying in the same spot for long periods of time.

There are two different types of 3-second violations, those called on the defense and those called on the offense. An offensive 3-second violation is called by referees when a player stays in the paint for longer than three seconds when their team is in control of the ball. A defensive 3-second violation is called when a player stays inside the paint for three or more consecutive seconds while not guarding an offensive player. The count starts when a player's foot first enters the area, and it ends when both feet are out of it. A player's feet must completely leave the paint before they can re-enter. Lifting one’s feet into the air and jumping does not count as leaving the paint. The count resets when that player fully leaves the paint.

If a player is called for a 3-second violation, the referee will blow the whistle and bring their arm forward with three fingers showing to signal that there was a 3-second violation. If the violation happens while the player’s team is on offense, the ball is turned over to the opponent. If the violation called is a defensive one, a technical foul is assessed to the team, leading to a free throw attempt by the opponent and subsequent possession of the ball.

The goal of the 3-second rule pertaining to the offense is to keep offensive players from spending too much time standing under the basket. If they were allowed to stay below the basket for the entire offensive possession, it would be way easier to get rebounds, block out defenders, and score near the basket. This rule challenges the offensive to keep moving and be more creative with how they score and get rebounds.

A defensive player is not allowed to stay in the painted area for more than three seconds unless they are actively guarding a player on the opposing team. In order to be considered “actively guarding,” a defensive player must be within an arm's length of their opponent or be moving along with the opposing player if they are cutting straight through the key. This count stops when a shot is attempted, when the opponent loses control of the ball, when active guarding begins, or when the defender completely clears the 16-foot lane.

The purpose of the 3-second violation for the defense is very similar to that of the offense. If defensive players were able to stand within the key for the whole shot clock time, it would be extremely easy to block shots, get rebounds, and defend the basket. This rule ensures that the offense has more chances of getting to the basket but also requires the defense to be more efficient in the way they defend outside of the key. The defensive 3-second violation is only used in the NBA and WNBA.

Can you be called for a 3-second violation if you have the ball?

How do you get a 3-second violation?

Is there a 3-second violation in the NBA?

Pages Related to What Is 3-Second Violation In Basketball?