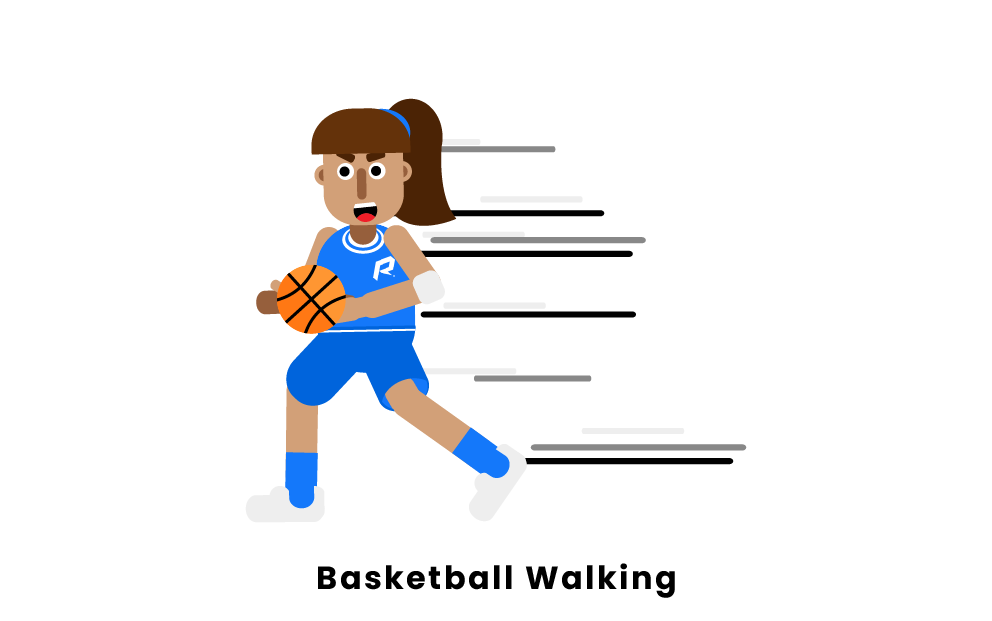 What is Considered Walking?

Anytime a player that has possession of the ball moves without dribbling, they have committed a walking violation. There are a few other special cases that are also considered walking:

All of these cases are considered walking violations because the player with the ball moves without dribbling.

Walking Calls in the NCAA and NBA

If you watch an NCAA or NBA-level game, you will most likely see players take more than the two allotted steps (without dribbling) when they are driving to the basket. This has recently started happening more and more often, but referees are still not calling many walking violations during these games. Referees agree that they are walks after the fact, but during a fast-paced game they may be harder to spot. Fans, players, and coaches have all voiced complaints about the lack of calls, but human error and missed calls will always be parts of the game!