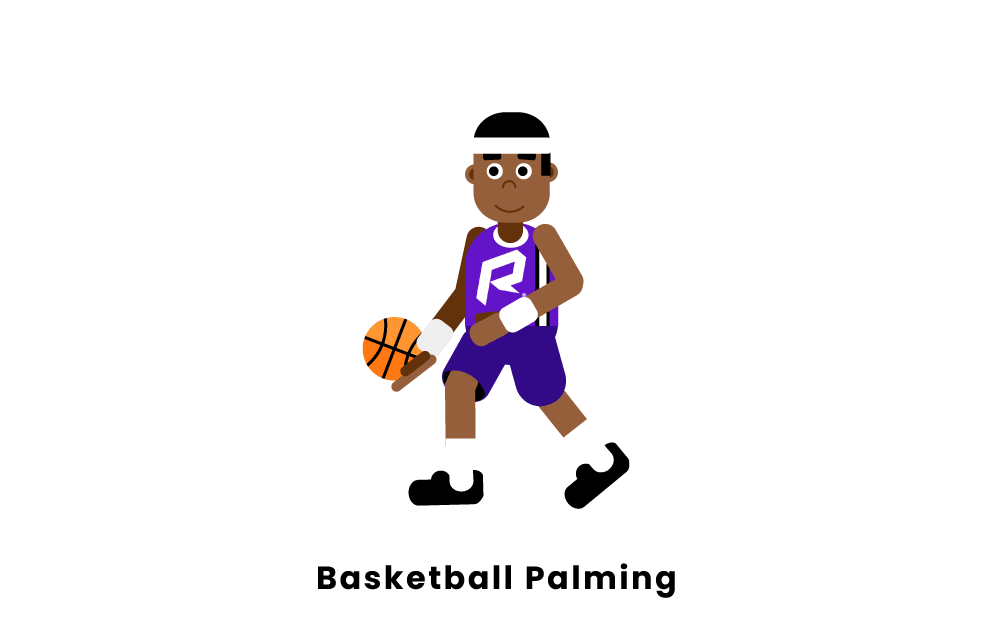 Palming the basketball, also known as carrying, is a violation that results in a turnover when called on a ball handler. A palming violation should not be confused with “palming the ball,” which is a technique that refers to gripping the ball with one hand.

What Is a Palming Violation in Basketball?

A player has committed a palming violation if they place their hand under the ball while dribbling and move to another spot on the court or briefly stop their dribbling motion before continuing again. Because a good crossover is often quick and low to the ground, a player might accidentally palm the ball when performing the move. This is because palming the ball makes it easier to control, even when done unintentionally.

Why Is Palming Illegal?

Sometimes, a player is thought to carry the ball if they lose control of the ball, leading to a particularly high dribble. However, as long as the dribbler’s hand stays on top of the ball, it is not a palming violation.

In earlier eras of the game, players could only dribble with their hands on the top of the ball. As time went on, though, players got away with bringing their hands further and further down on the side of the ball. The evolution of the modern legal dribble started with Archie Clark, who is credited with being one of the first users of a real crossover.

Countless players have continued to use what was once considered to be a palming violation, such as Allen Iverson, but have continually gotten away with breaking the rules. Such players have now essentially changed the rulebook.

What is palming in basketball?

In basketball, palming is when a player places their hand under the ball while dribbling and moves to another spot on the court or briefly stops their dribbling before continuing again. Palming is illegal in all forms of basketball, because it gives an unfair advantage to the ball handler by tricking the defender off balance.

Is palming a violation in basketball?

Palming is a violation in basketball. Players are required to dribble continuously when moving while in possession of the ball. Palming the ball means that dribbling has stopped while the ball carrier is in motion, so they have committed a violation.

Pages Related to Palming a Basketball