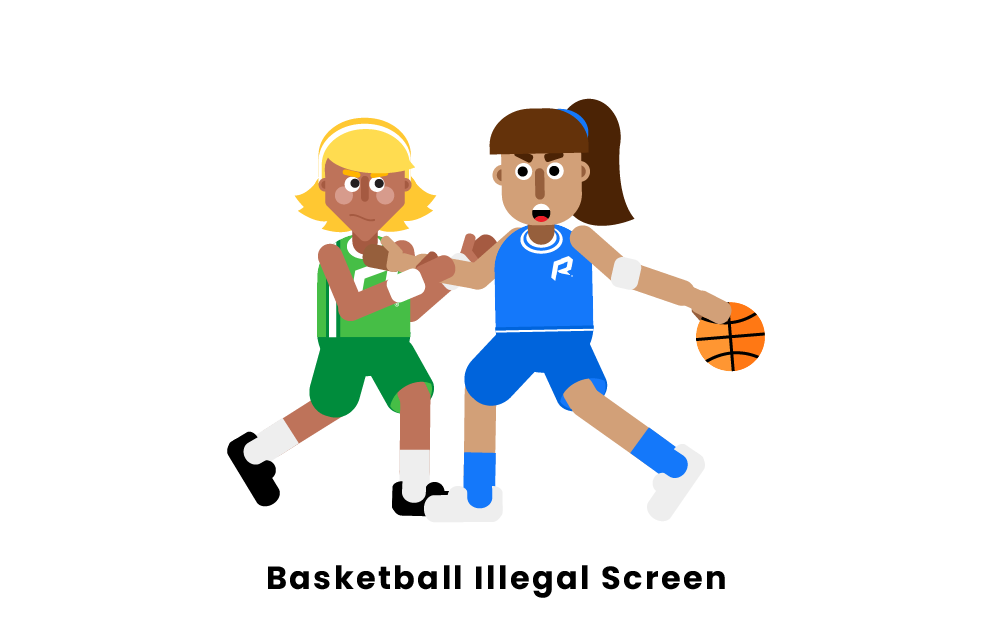 In basketball, an illegal screen is a penalty that occurs when the screener (the player who sets the screen) is in violation of the rules for setting screens in the sport. Screeners must be stationary when setting their screens, and are not allowed to lean into or make purposeful contact with the opponent they are screening.