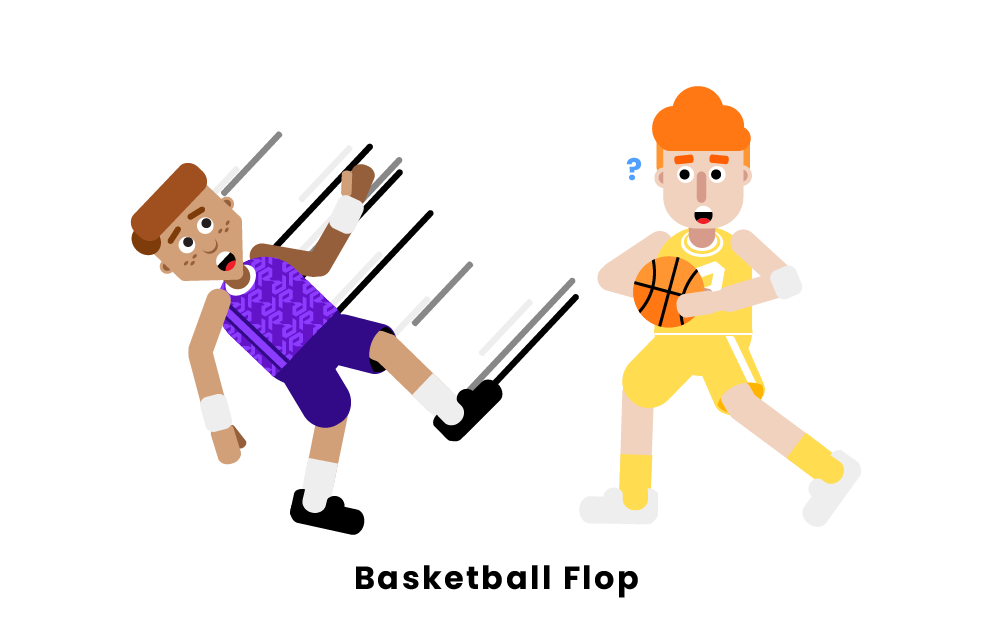 A flop in basketball is when a player fakes an injury or movement in order to draw a foul. They pretend that someone fouled them in some way, especially if they get pushed or nudged.

Flopping is illegal, but it is hard to prove that a player purposely flopped. Sometimes players actually get fouled but are called for a flop wrongly.

Flopping is a technical foul. The foul that the player is trying to sell is typically a personal foul.

Flopping can be referred to with many other terms. A few of these are diving, embellishment, and acting.

Players can be fined for flopping in the N.B.A. After the first offense, the player will get a warning. The next offense will result in a $5,000 fine, and each consecutive flopping offense will result in a bigger fine, increasing in $5,000 increments. After five offenses, that player will likely be suspended. Once the season ends, the suspension count will start over.