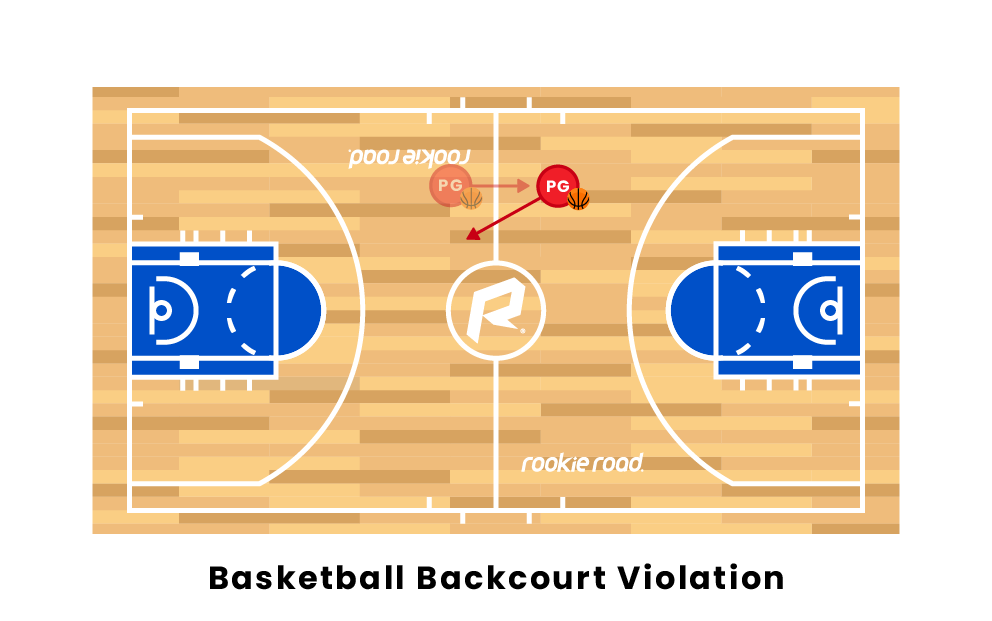 What is a Basketball Backcourt Violation

The eight/ten second rule refers to the amount of time a team is allowed to move the ball past the backcourt to the front court. The offensive team must cross the midcourt line with the basketball after it is put into play. It must be done within the allowed amount of time, which is eight seconds in the NBA and ten seconds in college basketball. The difference in time between the two leagues is due to college basketball having a longer shot clock than the NBA.

Over and Back Rule

The second variation of a backcourt violation is the over and back rule. Once an offensive team has taken the basketball completely past midcourt and into the front court, they are no longer allowed to enter the backcourt. Any part of the ball or player that touches the midcourt line or back court is deemed to be in violation. However, that does not apply when it is elevated above the court's surface.

What is the Penalty for Committing a Basketball Backcourt Violation

The punishment is light for breaking both of the two rules. There is no foul called, the offensive team is simply forced to relinquish possession of the ball, committing a turnover.

Exceptions to the Rule

There are however exceptions to the rule that are put into place to maintain the fairness of the game.

For the over and back rule, if the ball is deflected into the back court by a defender, the offense may retrieve it without penalty.

The amount of time to cross the half court line is extended if a foul is committed by the defense in the backcourt. It resets to the original amount of time and the offense may try again to advance the ball.