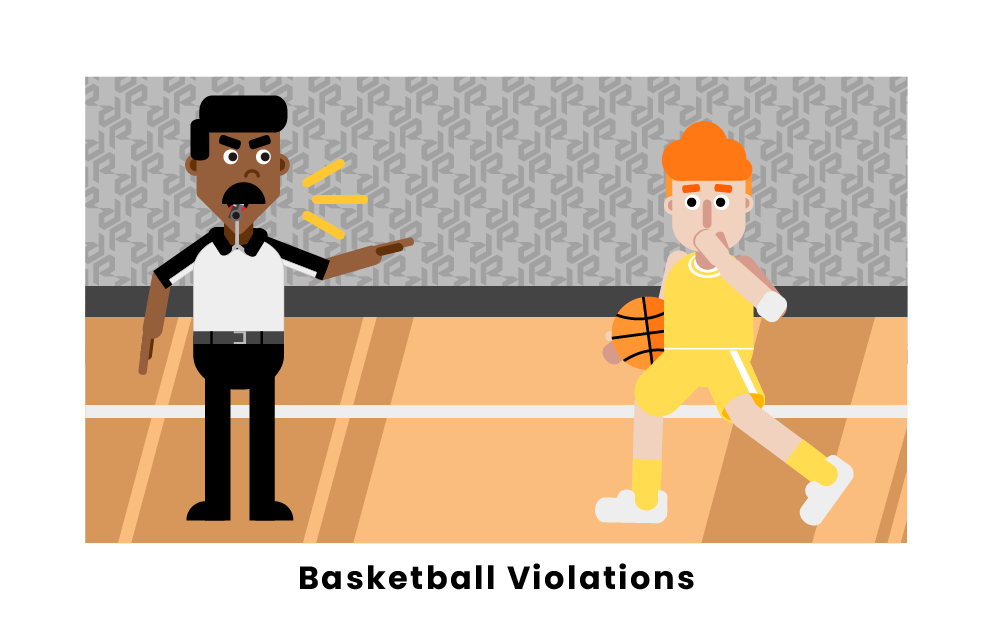 A violation in basketball is called on any player who breaks or violates a rule of the game defined in the league rulebook. All violations are called by the referees and can differ within different levels of basketball. It is important to know the violations as a player and coach, since taking fouls or committing violations can hurt a team's chances of winning.

Violations are typically called for minor infractions, while fouls are reserved for more egregious errors. Violations describe breaches of basic rules like dribbling, bringing the ball up the court, or passing the ball inbounds. Because violations are mostly simple mistakes, they are much more common at lower levels of play, more experienced players already know how to perform basic skills.

What are the different violations in basketball? 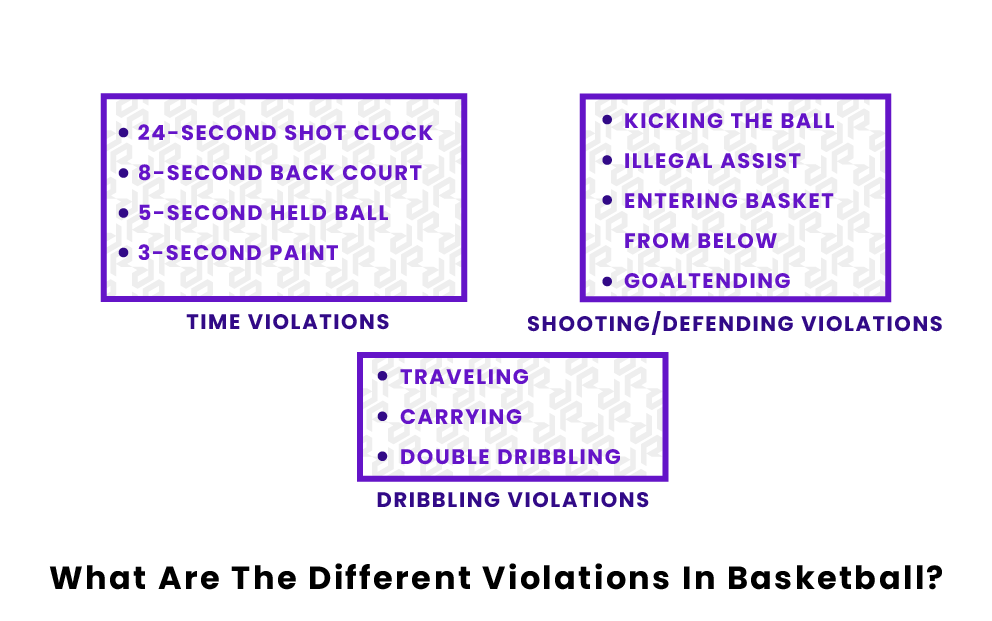 There are upwards of 20 distinct violations in basketball, depending on how you divide them up. Here are the different kinds of violations: 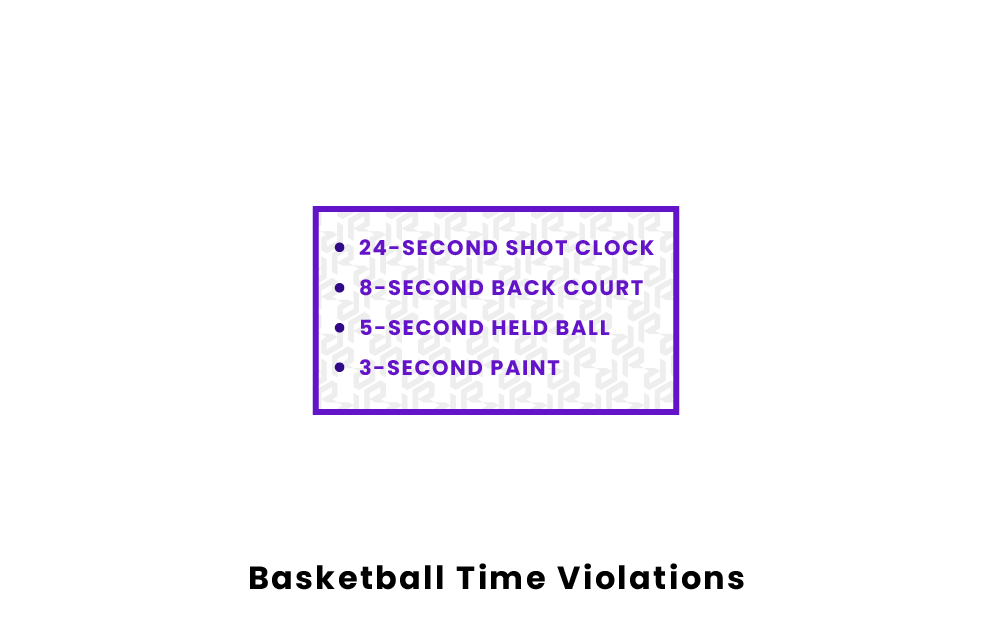 Time violations mainly revolve around the game clock and shot clock, but can inhibit other factors as well. Time violations are considered mistakes that teams should not make and generally hurt a team when they occur.

The following are common time violations: 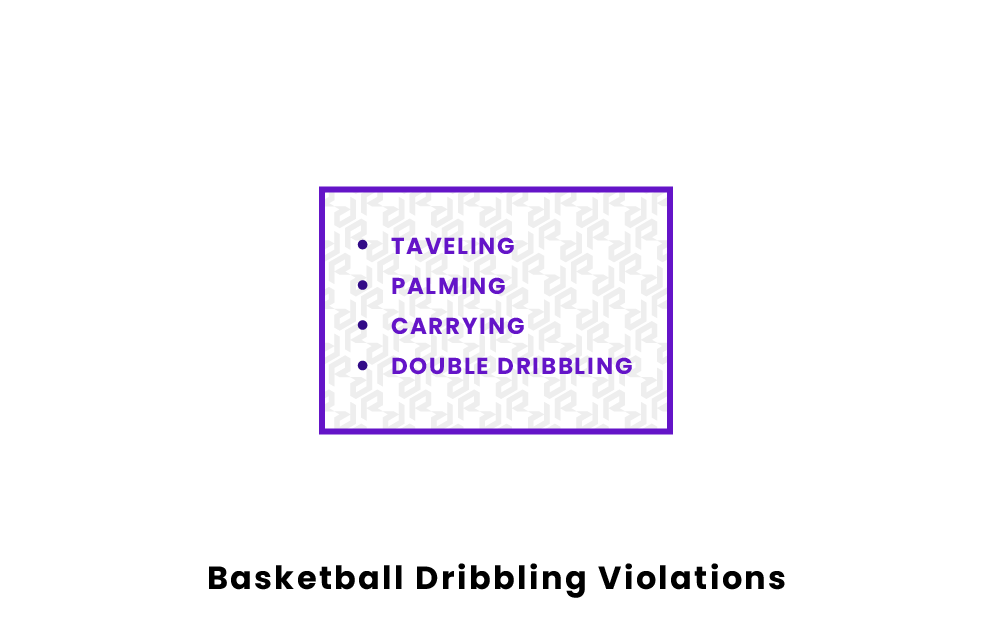 Dribbling violations occur when a player does not follow the regulations designed for dribbling: even the smallest violation can be identified and leads to a turnover.

The general rule of thumb for dribbling is that a player must dribble at least once between every three steps.

The player dribbling the ball is not allowed to touch a boundary line at any point, unless they stop dribbling after they do so and are not the next player to touch it.

The ball handler cannot carry the ball by putting their hand under the ball and pushing it up and over to dribble, this is known as "palming" or "carrying."

The ball handler is also not allowed to dribble the ball, pick it up, and then dribble it again. This is known as a "double dribble." Once a player picks up their dribble, they must either shoot the ball, pass it to a teammate, or try to deflect it off of a defender (the latter is much less common).

Goaltending, Interference, and Other Violations 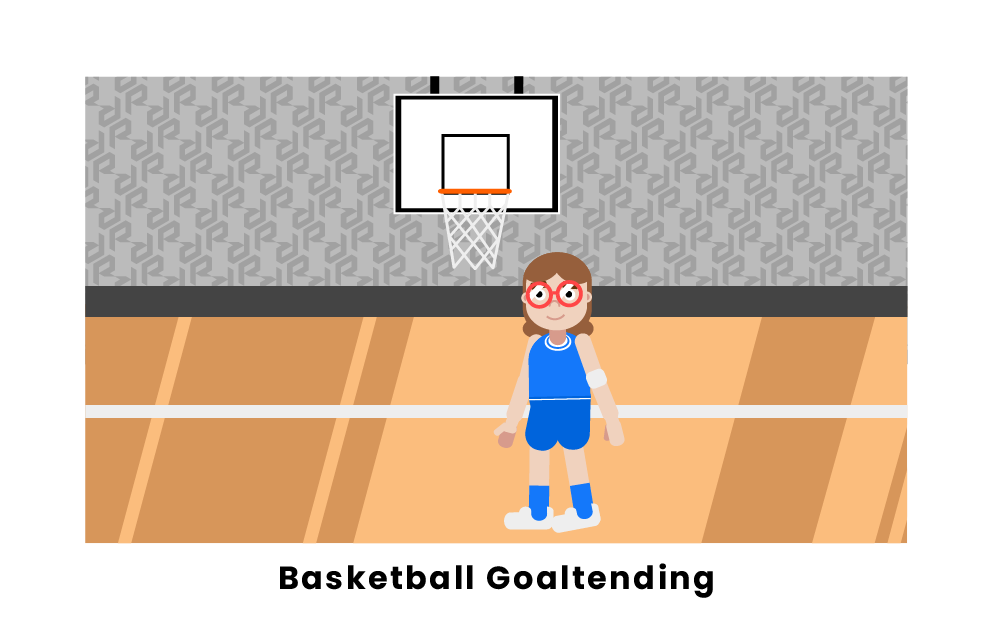 Some violations do not have to do with the clock or dribbling, but involve interference with a shot or hitting the ball illegally.

When a player attempts a field goal, the ball may only be blocked while it's on its way up. Once the ball starts coming down toward the hoop, it may not be touched by either team (unless the shot will clearly be off-target). This is called offensive or defensive goaltending. If a defensive player commits a goaltending violation, the shooter is awarded two points as if they had made the shot successfully. If a player on offense touches the ball on its way down (usually in an attempt to tip it in), possession of the ball is awarded to the opposing team. Goaltending also applies if a shot hits the backboard before being touched. Another term used for goaltending is basket interference.

Kicking the ball is not allowed in basketball. This sometimes happens when defenders are trying to move and a pass is deflected off one of their feet or legs, although it can be committed by an offensive player, too. This violation awards the opposing team possession of the ball.

Striking the ball with a fist is also not allowed. This discourages potentially dangerous consequences by preventing players from using their fists. Being caught by a fist or a punched ball is definitely a safety issue. This violation also awards the opposing team possession of the ball.

The following are more violations in basketball that can occur:

Here are some glossary terms you should review related to basketball violations:

What happens when a violation occurs in basketball?

Unlike fouls, violations do not result in free throws for the opposing team. Most of the time, violations result in the team that committed the violation losing possession of the ball, which is then inbounded by the opposing team. Violations are disappointing for the team committing them because they are mistakes that most good basketball players will not make very often. Unlike fouls, violations are basically never committed on purpose; there is never an advantage to gifting the opponent possession of the ball.

Violations are also mostly obvious and inarguable. Some violations can be close calls, but they often are not as contentious as fouls.