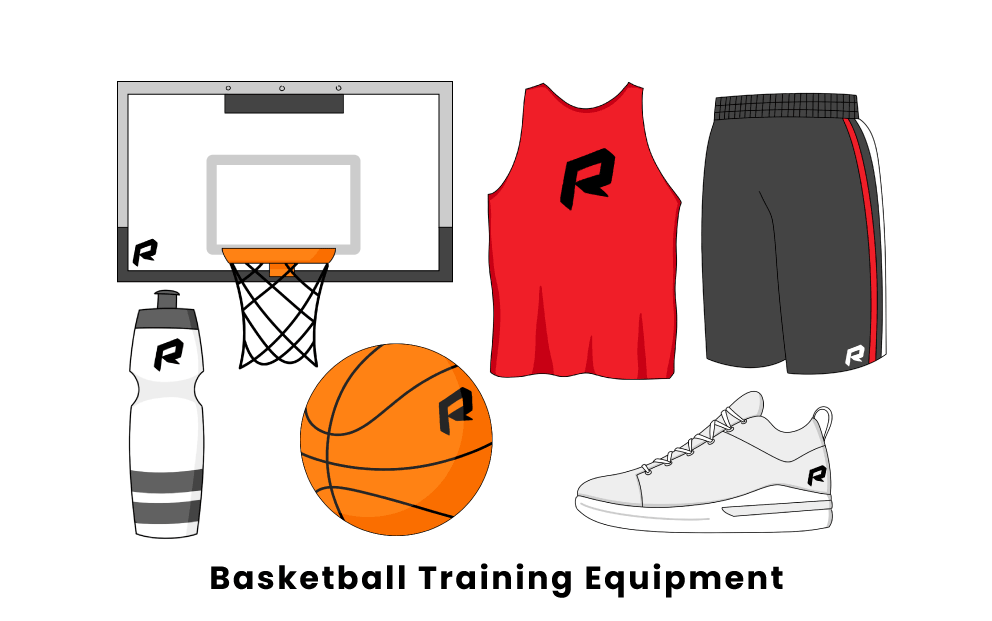 Many of the pieces of equipment here are products made for the specific purpose of training for basketball while others, such as tennis balls, are simply being repurposed.

These products force players into shooting with proper form, whether that involves keeping the elbow straight or spacing their fingers correctly.

The equipment here makes players shoot higher than they normally would to increase the arc on their shot, making it easier to shoot over defenders and giving the ball a better entry angle into the rim. The Dr. Dish iC3 Basketball Shot Trainer also spits the ball back at the player to increase the number of shots he/she can take.

The Solo Assist allows a player to practice in game shots by creating catch-and-shoot situations while the Shot Spotz mark specific shots on the floor.

The Shooting Target simply gives players a spot to aim for in the rim while the ball return sends a made basket back in the direction of the shooter for more shots in less time. The weighted ball requires more strength to shoot with.

Players can use these as defenders, practicing moves to evade them.

Both of these products are weighted, requiring more strength in the hands and arms. Additionally, the gloves make it more difficult to grip the ball.

The Smart Basketball gives players feedback on their movements through an app on their phones. Tennis balls can be used for a number of drills that improve hand-eye coordination. Dribbling goggles prevent players from being able to look at the ball, forcing them to look up and survey the floor.

This product gives players a target to pass at and actually get the ball back.

The D Man mimics a taller defender while the blocking pad forces players to finish through contact with the help of a trainer or coach.

The blocking pad simulates other players crashing the boards while an attachment on the double double creates more realistic misses that players can help players practice rebounding.

The products listed here can be used in a variety of ways to increase foot speed and agility.

Each of these products make exercises relevant to basketball more difficult.