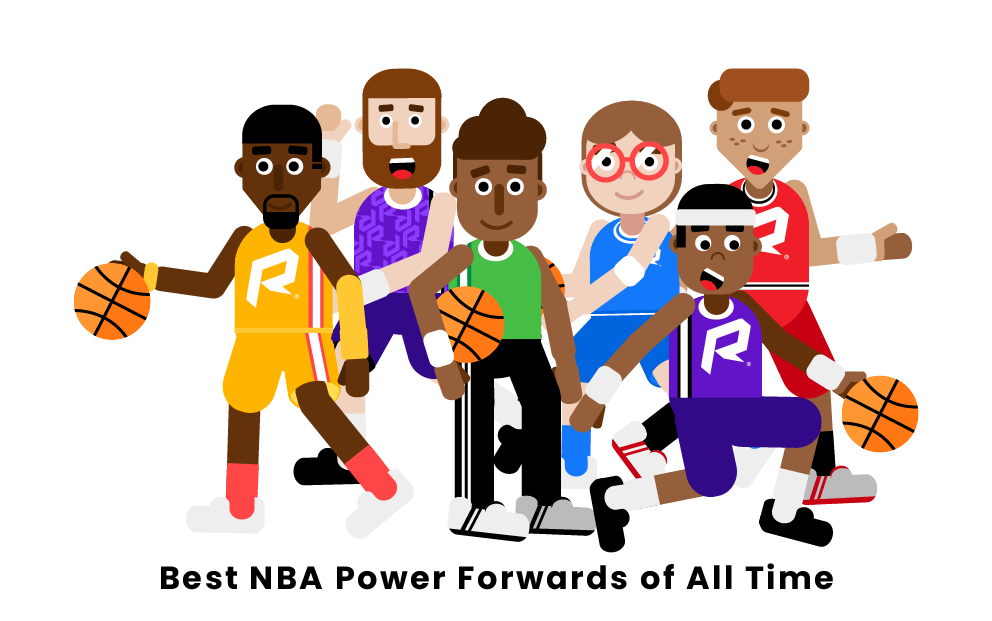 Who are the best NBA power forwards of all time?

Known as “The Big Fundamental,” Duncan defined what it meant to be a great power forward. His list of accolades is mind-boggling, and he has the stats to match. He was a force on the offensive end, using his patented bank shot and underrated passing ability to dominate the defense. However, perhaps more impressive was Duncan’s ability to defend. Though he never won Defensive Player of the Year, Duncan was named to an All-Defense team 15 times in his career, the most ever. He was the anchor of a Spurs franchise that won five rings during his career. Duncan was inducted into the Naismith Memorial Basketball Hall of Fame in 2020.

Karl Malone is one of the best scorers the game has ever seen. Malone averaged over 20 points per game for 17 straight seasons, forming a dominant pick and roll combination with teammate John Stockton. He was no slouch on defense either; he was named to an All-Defense team four times during his 19-year career. Malone is one of the few who can say they beat out Michael Jordan for an MVP award, doing so twice in the late nineties. He was named an All-Star 14 times and won the All-Star Game MVP award twice. Malone was inducted into the Naismith Memorial Basketball Hall of Fame in 2010.

Dirk Nowitzki is probably the most famous foreign-born player in the history of the game. After coming to the NBA from Germany, Nowitzki paved the way for the next generation of European stars. He also played a critical role in transforming the power forward position, becoming one of the first truly lethal shooters to play the four. His patented one-legged fadeaway was an unstoppable shot, and his overall prowess as a scorer led to 14 All-Star selections. Perhaps the greatest testament to Nowitzki’s legacy was his run in the 2011 Playoffs, culminating with a championship and MVP honors in the Finals over the formidable Big Three of the Miami Heat.

Kevin Garnett was one of the most intense players ever to step foot on an NBA court. Often seen screaming or flexing, “The Big Ticket” punished opponents on both ends of the floor. His physicality and athleticism allowed him to smother opponents on defense, and he was named the Defensive Player of the Year for the 2007-08 season. That same aggression drove Garnett to overpower other players on offense, but he also possessed a smooth touch from the midrange that gave him a diversified scoring attack. He led the league in rebounding four times and in 2008 won the NBA Finals. Garnett was inducted into the Naismith Memorial Basketball Hall of Fame in 2020.

Charles Barkley was a man of many nicknames, few of which were complimentary. One theme they all had in common was a reference to Barkley’s impressive bulk, which he used to become one of the best rebounders the game has ever seen. Barkley averaged double-digit rebounds every year of his career other than his rookie season. He was also elite when he had the ball in his hands. Averaging over 22 points per game for his career, Barkley was one of the more efficient scorers in the league during his prime. Barkley was inducted into the Naismith Memorial Basketball Hall of Fame in 2006.

Though Bob Pettit only played 11 seasons, he certainly made the most of his time. He was both an All-Star and an All-NBA member every year of his career, as well as being named league MVP twice. His numbers were video game-like; he averaged more than 20 points and 12 rebounds every year that he played, and he led the league in rebounds in the 1955-56 season. Pettit won All-Star Game MVP honors four times, tying him for the most ever. In 1958 he won the NBA Championship and, in 1971, he was inducted into the Naismith Memorial Basketball Hall of Fame.

Who is the best NBA power forward of all time?

The best NBA power forward of all time is Tim Duncan. Duncan always had a quiet demeanor, but there’s no denying he’s the most dominant power forward ever. He was remarkably consistent on both ends of the floor, and his leadership was a big factor in the formation of the early-2000s Spurs dynasty. He also displayed amazing longevity, playing until he was 39 years old.

What NBA power forward has the most points scored all time?

Karl Malone has scored the most points all-time of any power forward with 36,928. Malone was nicknamed “The Mailman” because he always delivered. His strength and size allowed him to overpower his opponents at all times. He also possessed supreme athleticism that he showcased with a number of highlight-reel dunks and blocks throughout his career.

What NBA power forward has the most rebounds all time?

Tim Duncan has the most rebounds of all time by a power forward with 15,091. Not just a great scorer or a great defender, Duncan was also the most prolific rebounder to ever play the position. He finished his career sixth all-time on the total rebounds list. Though he never led the league in rebounding, Duncan’s amazing consistency combined with his lengthy career allowed him to pull down more boards than any other four.