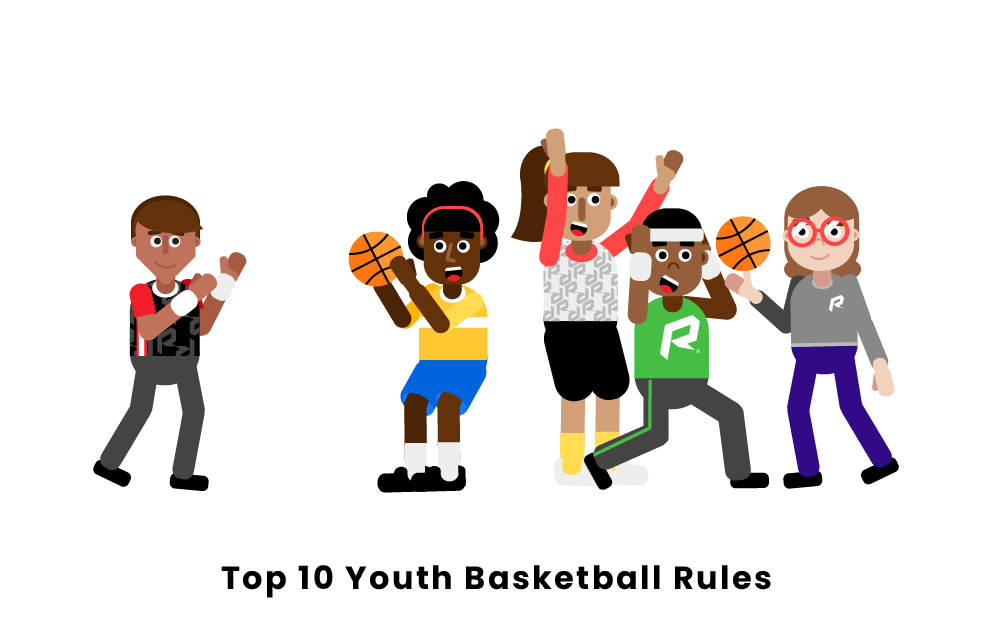 What are the most important youth basketball rules?

Ranked number one as the most important rule in youth basketball involves general information about the amount of players allowed on the court. This is the most important rule of basketball played at any level. In youth basketball, and professional basketball, the two teams competing are allowed a maximum of five players on the full court at one time. This therefore means that a total of ten players are allowed to participate on the court at a time.

The second most important rule in basketball relates to the tip-off. The tip-off is what begins each basketball game, and therefore without it the game would not be able to start. Although a jump ball can be called at various times throughout the game, depending on the specific situation in which the players are in, the very first one that signals the start of the game is the most crucial.

After the whistle is blown, or the referee signals that the game is about to start and that all players are ready to begin, the referee will then throw the ball up in the air. Only the one athlete selected from each team will be able to go for the ball. The two players then jump up and try to touch the ball first. The player selected for this center position is typically the tallest on the team. It is their job to “tip” the ball to one of their teammates or onto their own side of the court. The center player is unable to start with the ball and therefore cannot take the ball for himself once it is thrown into the air. For younger children, typically under the age of 11, a coin flip is used to determine possession rather than a jump ball.

The third most popular rule in youth basketball is the point system. This is extremely important to the game because it relates to how players can score points, therefore determining the winner of each game. In basketball, points are given out in variations, meaning that in one play up to 3 points can be earned. Baskets made within the 3-point arch are worth 2 points, while shots made from outside of the arch are typically worth 3 points. In youth basketball, games played with those under the age of eleven can only score up to two points, no matter the location of the shooter. One point can be scored after making a free throw from the foul line. Players have the opportunity to shoot a free throw if a player on the opposing team intentionally fouls them, fouls them while shooting, or a technical foul has been called.

The 10-second rule in regards to youth basketball is a way to keep the game moving after a change in possession. This is more specifically relevant to when the ball has switched over, and the possession has been changed from the offensive to the defensive team. Once the ball has transitioned to the defending team, all five players on that team will have ten seconds to move the ball to the other side of the half-court line. If the team fails to do this a foul will be called, and the ball possession will change back. This time varies depending on the level of basketball that is being played, and is typically seen to be reduced to eight seconds once players reach the age of 15.

The sixth most important rule in youth basketball is also related to dribbling. Double-dribbling is not allowed in the game of basketball, youth basketball included, and therefore if a player double-dribbles the ball, a foul will be called on that player. Double-dribbles can refer to two things. The first is if a player bounces the ball with two hands at one time, and the other refers to a player dribbling the ball, holding the ball while standing, and then dribbling it again afterwards. These are both violations against the rules of basketball, and if they are seen will cause a change in possession of the ball.

Personal fouls are another very important rule in the game of basketball. Personal fouls occur when one member of the team personally violates the rules of the game in relation to contact with a player on the opposing team. This means, for example, grabbing another player’s jersey, hitting another player, or purposely tripping another player. If a player, defensive or offensive, receives five personal fouls they will be removed from playing in the rest of the game. Because fouls are considered more serious than a rule violation, the team that fouled will either lose possession of the ball or the other team will get two foul shots.

Crowding is a very important rule in basketball, and more specifically in youth basketball because it tends to be more prevalent. Crowding or “Double-Teaming” refers to more than one of the defensive players on one team chasing after the ball. In youth basketball, players are still learning the many rules of the game, and therefore tend to be more concerned with getting possession of the ball and scoring rather than following the specific violations. Young players learn to pair up with another player on the other team in order to avoid violating defensive rules as well as to improve their one-on-one defensive skills.

The tenth most fundamental rule of youth basketball is known as the three second rule. This rule is important because it is used to monitor the movement of each offensive player who is not carrying the ball at the time. Because the ball can only be in the possession of one athlete participating in the game at the time, this refers to the other four players on their team. Each player is allowed 3 seconds in what is considered the “lane” or “key” which is a theoretical line that leads to the basket. If an offensive player stays in the lane for longer than 3 seconds, the ball possession will be awarded to the defensive team. Sometimes younger leagues allow players to have up to five seconds, but the rest of the guidelines apply to this rule.

What are the most important rules in basketball?

All of the rules used to organize and structure the game of basketball are important because they make the sport unique. Some of the most important rules in basketball include the tip-off, the point system, the 10-second rule, the violation of a double dribble, the inability to travel with the ball, and the rules regarding foul shots. Each sport is made up of a variety of rules, the few listed above are the fundamental rules that allow individuals to properly play the game of basketball.

How far is the 3 point line in youth basketball?

The distance of the 3-point line in youth basketball is dependent on the age of the players participating in the game at the time. Youth players under the age of eleven actually do not use a 3-point line, the reason for the implementation of this rule is in order to encourage young players to score points from a more age appropriate distance. This distance is found to be within the arch, or three point circle. Therefore shots taken outside of the arch will count for 2 points. For youth players above the age of eleven, a 19’9” 3-point arch will be used.

What is a good age to start basketball?

A good age to start learning basketball skills should be determined by the parents of any young player. Most youth basketball players begin around the age of seven. This starting age allows a fair and manageable playing field for all involved. At this age the main focus for youths should include learning the fundamentals of any sport including how to follow the specific rules of the game, teamwork, and sportsmanship.

What is the 5 foul rule in basketball?

The 5 foul rule in basketball is based on a per player amount of fouls. This means that each player is allowed to foul another player up to 5 times per game. Once a player has fouled for the fifth time they will be removed from the court, and will not be able to play the rest of the game. In the special case of a team consisting of only five players total, the player is allowed to continue competing in order to keep the game consistent with ten players on the court. If the player receives a sixth foul however, the offensive team will receive possession of the ball as well as two free throws.